Deputy Prime Minister Gen Prawit Wongsuwan this morning played down the specter of a military coup in the future raised by Army Commander-in-Chief Gen Apirat Kongsompong.

Gen Prawit said as long the country remains peaceful, there shouldn’t be anything to worry about.

“He was talking about the future. So don’t worry,” Gen Prawit said.

The new army chief on Wednesday didn’t rule out the possibility of another coup in the future if the country is plunged into chaos.  His remarks, which were in response to a journalists’ questions, are seen as a warning to politicians who are looking forward to returning to political power after the elections.

“What the army chief means is that if the country stays peaceful, there is nothing to worry about. So everything depends on the situation,” said Gen Prawit, who quickly added that he personally believes that there will not be a situation warranting another coup.

He dismissed concerns that Gen Apirat’s remarks could be seen as threat and expressed confidence they would not have any effect on the upcoming elections.

A number of politicians have reacted negatively to Gen Apirat’s remarks which they said were not conducive to the ongoing efforts to pave the way for Thailand to go back to democracy through the elections. 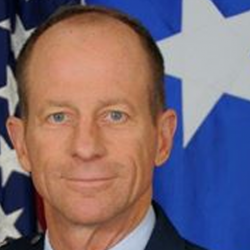 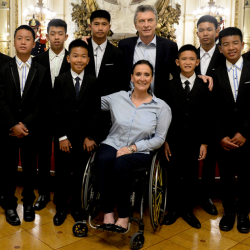