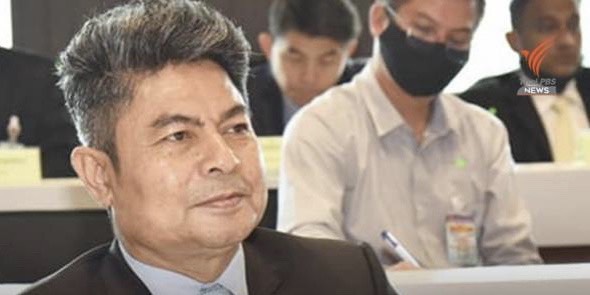 Democrat MP Thepthai Senpong, and his sibling Manote, were both sentenced this morning (Friday) to two-years in prison, without suspension, after being found guilty of election fraud.

The Senpong brothers were accused of vote buying after holding a party for voters, ahead of the election of the mayor of the Nakhon Si Thammarat Provincial Administration Organization in 2014.

After the verdict was announced, Mr. Thepthai, an MP representing Nakhon Si Thammarat and Manote were escorted, by corrections officials, to the provincial prison to be held on remand, pending appeal.

It is reported that the pair will request bail today.

Thepthai faces a 10-year ban from politics if the verdict is upheld by a higher court.