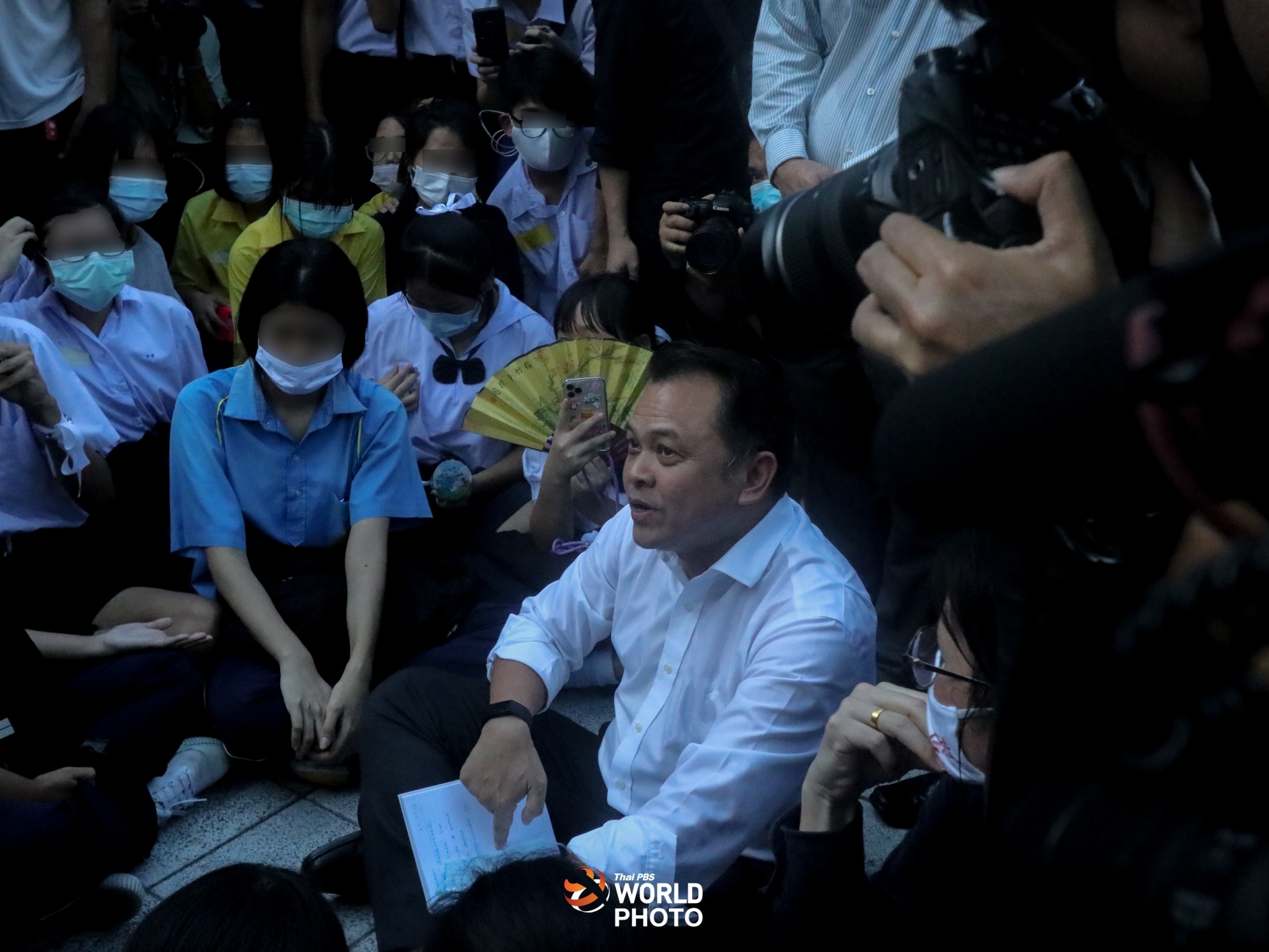 Nataphol Teepsuwan, Education Minister, sits down in front of his ministry to meet protesting students and listens to their demands. (file photo)

Education Minister Nataphol Teepsuwan said Saturday that the call, by the so-called “bad students”, that he should resign if he fails to meet all their demands, amounts to harassment.

A group of high-school students rallied in front of the Education Ministry this morning, ahead of a meeting with Mr. Nataphol, to discuss their demands, schedule at 3pm.

The Minister told the media this morning that he will observe the rally first, before deciding whether to meet the protesting students, while insisting that he is not worried about being greeted with the three-finger salute, a symbolic expression of rebellion.

He said that the Ministry is in the process of making changes in several areas, such as opening space in schools for expression of political opinions, the hair style code and education reform, adding, however, that some changes will take time, such as the demand to do away with school uniforms.

The students’ demands include an end to all forms of harassment against students, the repeal of all obsolete regulations and educational reform. 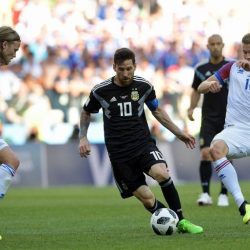 Messi will stay with Barcelona despite wanting to leave