The COVID-19 Delta variant has been found in more than half of the samples received recently from Bangkok, and has spread to 46 other provinces across the country, according to the Department of Medical Sciences today (Monday).

Of the 936 samples collected over the past week in Bangkok, the Delta variant makes up 52%, followed by Alpha at 47.8%, said Department Director-General Dr. Supakit Sirilak.

When focusing on recent samples, however, taken between June 28th and July 2nd, it is apparent that the incidence of the Delta variant is increasing, at 32.2% of the 2,238 samples from across the country, with Alpha still leading at 65.1% and Beta remaining minimal at 2.6%. 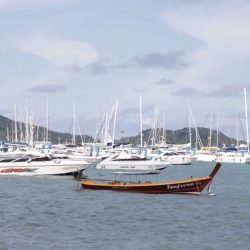