Ever since the coup on February 1st, 2021, Myanmar has been in turmoil.

From political to economic woes, the current administration, led by Senior General Min Aung Hlaing, has yet to find a stable footing.

Its tussle with the parallel National Unity Government is yet to show any signs of ending, with fighting continuing in rural states and regions, especially those under the control of extant Ethnic Armed Organisations.

The major trade and business hubs, such as Yangon, are largely under heel of security personnel. That only applies, however, to dissenters and the opposition to the current regime.

A young man jumps onto Yangon Bus Service (YBS) No.84. As he walked to the back, the driver shouted after him to pay for his bus fare.

The young man replied that he doesn’t have it anymore. As a hush fell over the passengers, the bus continued to move.

After a while, the young man approached the driver.

All that he had on him had been stolen by a pickpocket, including his cell phone, on the very same bus line, but he apologised if he had appeared rude.

Somewhere, a young couple had parked their bike and were having a chat by the roadside. Another bike passes with two men on it.

Fifteen minutes later, the couple gets back on the bike. Just then, the two men drive by again and snatch the girl’s gold necklace.

Elsewhere, a man from Tharkayta Township laments that he has had his battery-powered bicycle stolen for the second time this month.

The first time it was parked at the bottom of the stairwell in his apartment building. The second time, it was chained up and higher in the stairwell.

These incidents are just a fraction of crimes being committed.

It would be an understatement to say that Yangon is currently beset by a crime wave.

“When you came in, did you see that the drain covers were not there? The covers were stolen a while ago and we cannot replace them yet,” said a resident in Dawbon Township.

So, they chose the most cost effective option they could find. They laid sticks and bamboo over the holes, so that people might have less of a chance of getting hurt.

“The way it is now, they will take whatever they can steal. The drain covers were just placed on top in the first place, so they can simply just pick them up.”

Many townships in Yangon are also reporting never-before-seen cases of burglary, as well as robberies.

“The first time we were broken into, they took around 10 Lakhs (~500USD) in cash. So, we reinforced the fences and changed the locks and all that. We took extra care and, later, we noticed that there was another attempt at a break-in through the fence but, apparently, it was not worth the trouble,” said a Tharkayta resident.

“You cannot let your guard down, even if you’re back in your neighbourhood. You could get robbed at any time.”

In July, a delivery person was robbed and killed in Hlaingtharyar Township.

He was reportedly on his way back from work on July 6th in a car. The next morning, his body and car were found at the side of the road with all items missing.

Other delivery service personnel have also reported being robbed and barely making it out alive.

“It was around 2pm in Hledan. I was coming back from my tuition and as usual, Hledan is a busy place. I had my backpack on and it looked full, because I had my text books as well as my jacket in there. I was waiting to cross the road and I felt someone touch my backpack. When I turned around, a woman was already opening the zip and was reaching into it. When I shouted at her and rushed quickly to cross the road, three other women followed me. Luckily for me, the YBS 82 bus was already there and when I got on, the driver drove away,” wrote a teenage girl on Facebook.

Occurring on a more or less daily basis, and now too numerous to count, gangs of pickpockets roam around on public transport, the buses.

New and existing Facebook groups regarding public transportation carry daily accounts of passengers being or almost being robbed.

“It’s best to now assume that everyone else could be a pickpocket and take safety measures. It is much better to attempt to prevent it than try to fight back. The pickpockets move in groups and good luck getting out uninjured, or even alive, if you’re alone. No one wants to get involved directly most of the time. because of the risk. I live and mostly move about in downtown areas. These kinds of things used to be just stories you hear from suburban areas like Hlaingtharyar or South Dagon,” said a Kyauktadar resident.

“It feels like it is everyone for themselves, because the police do not care. Fully armed security personnel are out on patrol every day, both soldiers and the police force, but have you heard of any arrests being made? There are close to none. Their role is to find the political opponents of the current administration. Each day it gets worse,” said a store owner in Pabedan Township. 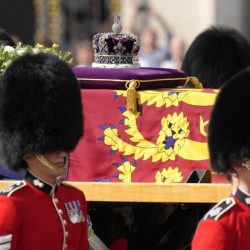