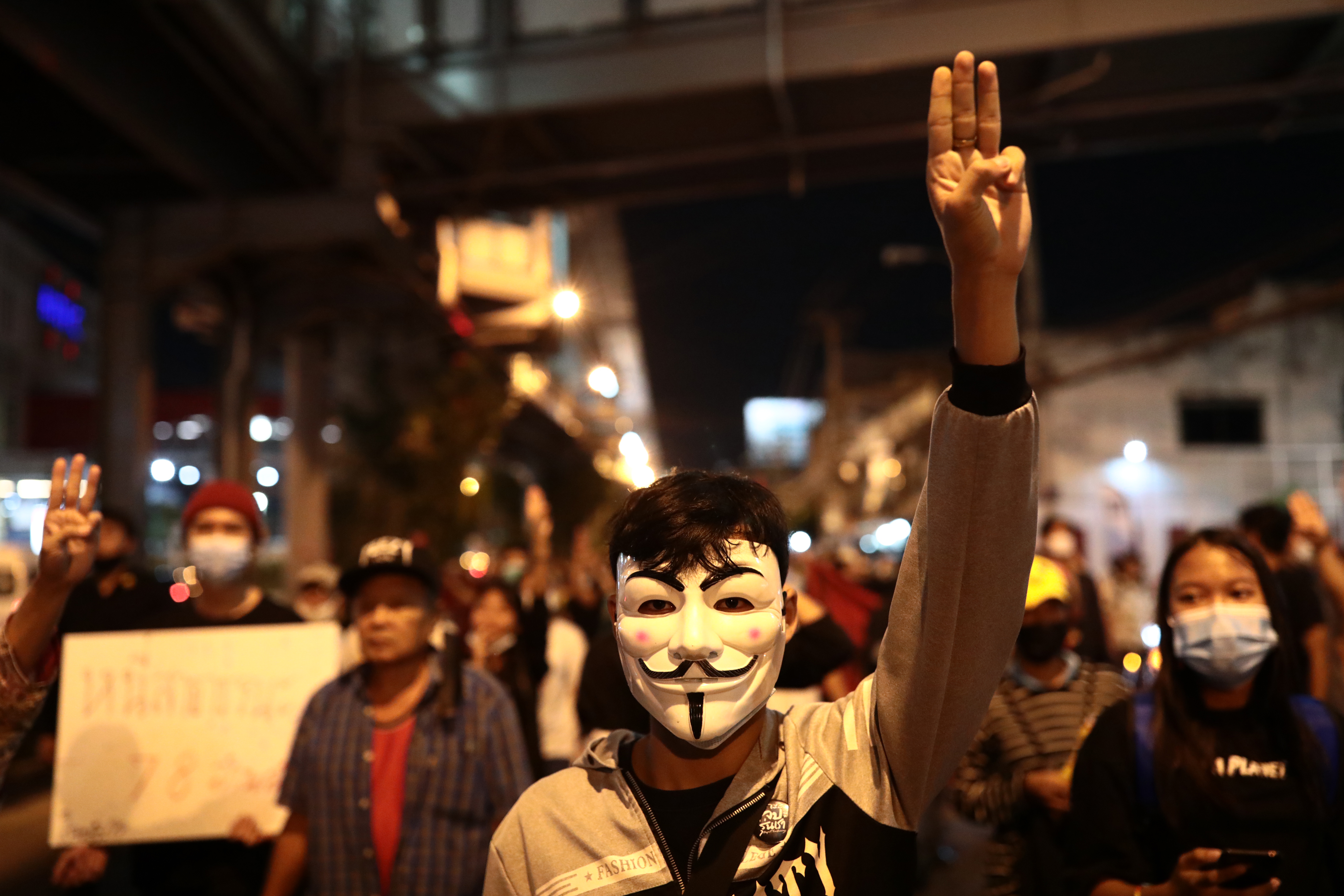 A pro-democracy protester gives the three-finger salute during a march to Bang Na intersection in an anti-government rally in Bangkok on November 28, 2020. (Photo by Jack TAYLOR / AFP)

Wednesday’s court verdict in favour of Prime Minister General Prayut Chan-o-cha increases the likelihood of him staying in power at least until his term ends.

The Constitutional Court unanimously ruled Prayut “not guilty” of a conflict of interest by staying on in an Army residence after retirement, clearing him to remain in office.

The verdict comes amid escalating political tensions and growing demands from the anti-establishment movement for Prayut to quit. The protest movement is also demanding a new, democratic Constitution and reform of the monarchy.

The court’s decision did not surprise most observers, though some had hoped a guilty verdict would serve as a “fire exit” from Thailand’s political crisis. Instead, say analysts, it has only made the fight for democracy more difficult.

Titipol Phakdeewanich, dean of political science at Ubon Ratchathani University, was disheartened but not surprised by the ruling. He believes it could mean Prayut will stay on as premier until his term ends in 2023.

“That’s because he has the full support of state mechanisms, the Army, Parliament as well as coalition parties,” he said.

The ruling could trigger anger among the protesters as they distrust the interpretation of the law and believe it favours the establishment, he added.

Yuthaporn Issarachai, a political scientist from Sukhothai Thammathirat Open University, said the court’s ruling will also have protesters questioning the legitimacy of independent agencies and asking whether the Constitutional Court applied double standards.

Citizens’ right to question the role of independent agencies, including the Constitutional Court, was included in the so-called “people’s charter amendment draft” that was proposed by rights NGO iLaw before being rejected in Parliament. The draft called for the selection of new members for independent agencies to replace those appointed under Prayut’s junta regime.

However, Yuthaporn said that though the verdict will have a very significant impact on Thai politics, it will prolong the anti-establishment protests.

“If the court had found Prayut guilty and dismissed him as PM, the demonstrations would also have continued since two of their demands – a new, democratic Constitution and monarchy reform – would still be unmet,” he said.

Hours after the court ruling on Wednesday, thousands of youth-led protesters gathered for a rally at one of Bangkok’s busiest intersections in Lad Phrao.

Protest leaders accused the court of exercising double standards and called for the judges to step down.

Protest leader Arnon Nampa, who is also a prominent rights lawyer, called for reform of the judiciary. He said the verdict had been issued under a new standard created by Prayut, whereby a not guilty ruling is guaranteed in exchange for special benefits.

“The fight is not over. When he [Prayut] can do no wrong, this country is headed to a breaking point,” protest group Free Youth said in a Facebook post.

Chaitawat Tulathon, secretary-general of the Move Forward Party, said the ruling made one ask if powerful figures will always be spared legal liability and if so-called independent agencies were in fact powerful tools to protect and prolong power grabbed through a coup.

“This verdict merely shows that the elite does not want to compromise with the people. Instead, they are using General Prayut to support a regime that was designed to help certain powerful groups,” Chaitawat said.

“We [Move Forward] insist that even though the PM was again whitewashed by the court, he should resign to break the deadlock and enable a peaceful transition to democracy.”

The case had been sent to the Constitutional Court by House Speaker Chuan Leekpai after opposition leader Sompong Amornwiwat accused Prayut of breaching the Constitution by staying on at an Army residence in the First Infantry Battalion of Royal Guards compound in Bangkok despite retiring from the military in September 2014.

The court ruled that Prayut could legally stay in the residence in his capacity as former Army chief – not as prime minister – as per Army regulations. It said the Army’s regulations also grant Prayut some extra privileges.

It accepted Prayut’s defence that he needs to live within the First Infantry Battalion compound for his safety and also because the prime minister’s residence, Baan Phitsanulok, is being renovated. 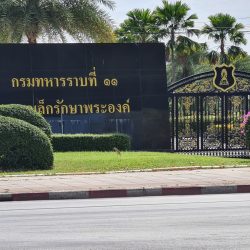 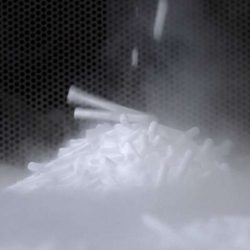