Mrs. Benja, Ms. Chamras Yamsoithonng, Ms. Moreerat Bunyasiri and Mr. Krit Wiplanusart, all former directors of the Legal Affairs Office of the Revenue Department, were sentenced to three years in prison, while Ms. Pranee Wechpruekpitak, former aide to Khunying Potjamarn, was given two years. They were found guilty, by the Criminal Court for Corruption Cases, of malfeasance in office for helping Mr. Panthongtae and Ms. Pimthongta evade taxes, estimated at about 7.9 billion baht, on the sale of their shares in the Shin Corp to Singapore’s Temasek holding company in 2006.

The verdict was upheld by the Appeals Court, but appealed to the Supreme Court.

The Supreme Court’s verdict was scheduled to be read today, but one of the defendants, Ms. Pranee, reported sick and is being treated at Rama IX Hospital.

Since the prosecutor in charge of the case did not raise any objection, the Criminal Court postponed the reading of the verdict to December 26th. 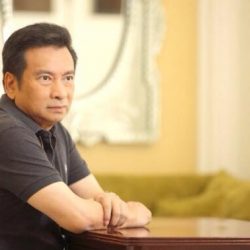