The Bangkok South Criminal Court has issued a fresh warrant for the arrest of Red Bull heir Vorayuth Yoovidhya on three charges, as requested by police enquiry officers from Thonglor police station.

The charges are reckless driving causing death to another person, not stopping to help an accident victim and failing to report it and illicit drug abuse.

The Court, in the meantime, revoked the remaining charge of reckless driving causing death to another person, which was the original charge against Vorayuth filed by the Thonglor police.

The Police have decided to revive the fatal hit-and-run case against the Red Bull heir, after public uproar over the unchallenged decision by public prosecutors not to prosecute.

The Government has set up a panel, led by former election commissioner Mr. Vicha Mahakhun, to investigate the police and the prosecutors for their handling of the case.  The panel has discovered irregularities committed by the two law enforcement agencies, such as the inexplicable dropping of the drug abuse charge and the suspicious change of the estimated speed, from 177kph to under the 80kph limit, of the Ferrari being driven by Vorayuth at the time of the accident.

Thai cabinet keeps VAT rate at 7% for another year 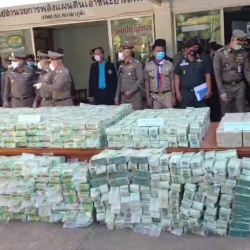