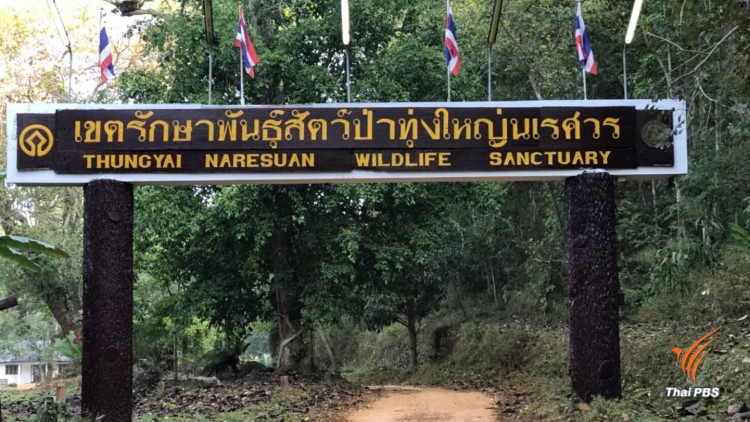 About ten months after the shooting of a black panther in the Thungyai Naresuan wildlife sanctuary in February allegedly by Italian-Thai Development International Corp boss Premchai Karnasuta and three others, the Thong Pha Phum provincial court in the western province of Kanchanaburi held its first hearing of the high-profile case today.

Premchai was seen with a walking cane as he walked into the courtroom.  Neither he nor the three co-defendants talked to the media.

Among the first group of 32 prosecution witnesses to testify today was Pol Gen Srivara Rangsibrahmanakul, the deputy national police chief, who oversaw the police investigation of the case.

A key prosecution witness is Wichien Chinnawong, chief of Thungyai Naresuan wildlife sanctuary who made the arrest of the four co-defendants in February.  He arrived at the court with legal officials from the Department of National Parks, Wildlife and Plants Conservation.

Wichien told the media that he didn’t feel he was under pressure in the court session today and promised to do his best  in his role as a key witness.