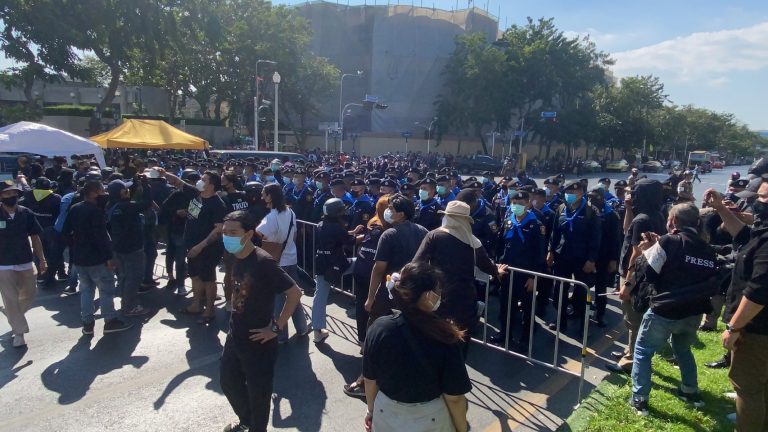 The Dusit District Court in Bangkok ordered the release of 14 We Volunteer (WeVo) guards today (Saturday), including their leader Piyarath “Toto” Chongthep, on 20,000 baht bail each.

The 14 guards were arrested by police after they staged a rally at Sanam Luang and then at Kok Wua intersection on Rajdamnoen Avenue on December 31st. Those arrested had claimed that they were actually holding a discount sale of fresh shrimp, to help shrimp vendors affected by the new COVID-19 outbreak. They were charged with breaches of the Emergency Decree and Communicable Diseases Act, illegal public assembly and resisting police.

The guards were escorted to the Dusit District Court from the Border Patrol Police barracks in Pathum Thani province, where they had been held by Chana Songkhram police who requested that they remain in custody pending completion of the investigation.

Police also objected to the granting of bail, claiming that the accused might cause a public disturbance again. After about six hours of deliberation, the court decided to release them on bail. 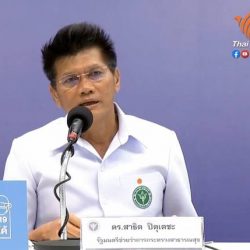 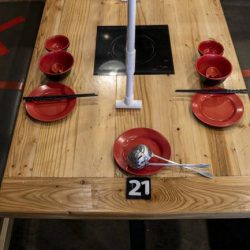