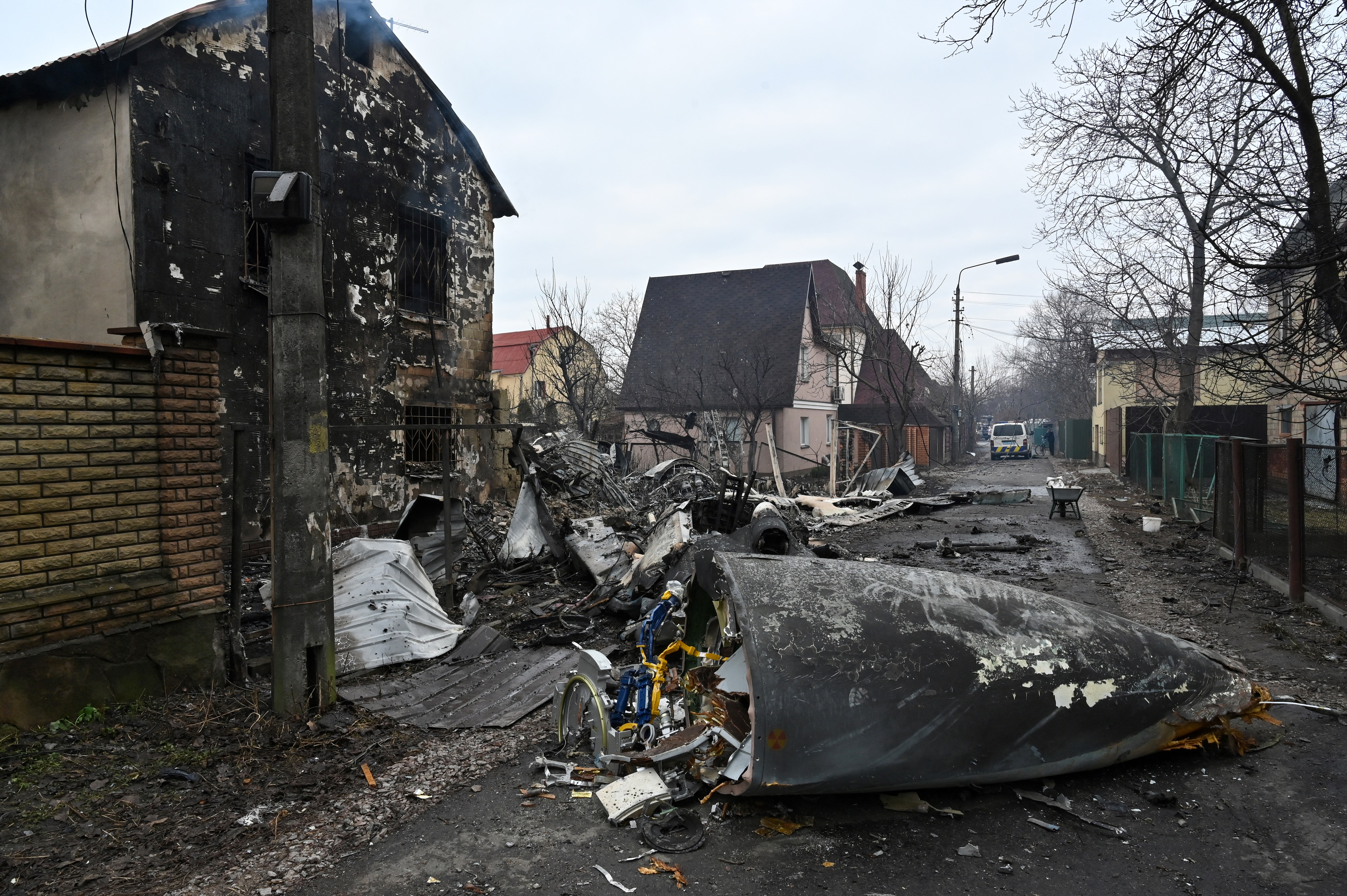 A view shows the wreckage of an unidentified aircraft which crashed into a private house in a residential area in Kyiv on February 25, 2022. – Russian forces reached the outskirts of Kyiv on Friday as Ukrainian President Volodymyr Zelensky said the invading troops were targeting civilians and explosions could be heard in the besieged capital. Pre-dawn blasts in Kyiv set off a second day of violence after Russian President Vladimir Putin defied Western warnings to unleash a full-scale ground invasion and air assault on Thursday that quickly claimed dozens of lives and displaced at least 100,000 people. (Photo by GENYA SAVILOV / AFP)

AFP – Many countries have started to send military or humanitarian aid to Ukraine since Russia invaded last Thursday. The United States, Canada and 19 European countries have so far responded to Ukrainian appeals for military equipment.

Washington is sending an extra $350 million (313 million euros) in military aid to Kyiv to bring its total support to more than a billion dollars over the last year.

For the first time in its history, the EU is financing the buying and delivery of arms after leaders agree to transport weapons worth 450 million euros to Kyiv.

Canada is sending lethal military weaponry and loaning Kyiv half a billion Canadian dollars ($392 million, 350,500 million euros) to help it defend itself.

Berlin has broken a longstanding taboo of not exporting arms to conflict zones in vowing to send Ukraine 1,000 anti-tank weapons, 500 “Stinger” surface-to-air missiles and nine howitzers.

It is also donating 14 armoured vehicles and 10,000 tonnes of fuel.

Stockholm is also breaking its historic neutral stance to send 5,000 anti-tank rockets to Ukraine, as well as field rations and body armour.

It is the first time Sweden has sent weapons to a country in armed conflict since Stalin invaded neighbouring Finland in 1939.

France, which has already sent help, is dispatching more military equipment, as well as fuel and humanitarian aid.

Paris says it has acted on earlier Ukrainian requests for defensive anti-aircraft and digital weapons.

Prime Minister Boris Johnson says he is committed to “provide further UK support to Ukraine in the coming days”, without specifying what it might be.

Belgium says it will supply Ukraine with 3,000 more automatic rifles and 200 anti-tank weapons, as well as 3,800 tons of fuel.

The Dutch defence ministry says it is sending “200 Stinger missiles as soon as possible”, after a shipment on Saturday of sniper rifles and helmets.

This adds to the 20 million euros of humanitarian aid it has already promised.

The Czechs have already promised Kyiv 4,000 mortars worth 1.5 million euros, which have yet to be delivered.

Athens is sending “defence equipment”. Greece has a large community in Ukraine, including 10 citizens who have been killed and many more who are in the firing line.

Romania, which shares a border with Ukraine, is offering to treat the wounded in its 11 military hospitals. Bucharest is also sendingfuel, bulletproof vests, helmets and other “military material” worth three million euros.

Rome has sent 110 million euros in immediate aid to the Ukrainian government as “a concrete sign of our support”.

France, which is bringing a humanitarian aid resolution to the UN Security Council on Monday, has sent 33 tonnes of aid to refugees in Poland. Another 33 tonnes are leaving for those who have fled into Moldova.

The Dutch government says it is sending 20 million euros in humanitarian aid.

Madrid has promised to send 20 tonnes of aid to Ukraine, mostly medical and defensive equipment such as bulletproof vests.

Israel says it is sending 100 tonnes of humanitarian aid, such as medical equipment, water purifiers, tents and sleeping bags.

Greece is sending a shipment of humanitarian aid through Poland. 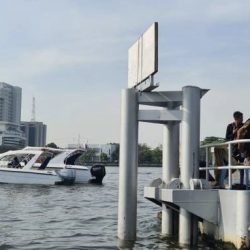 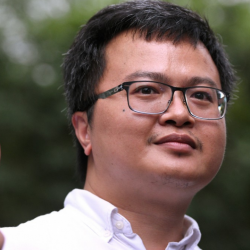