The departures of the two ministers from office were published in the Royal Gazette today. Mr. Prayut said “it was my order” when asked if they were dismissed or voluntarily resigned and that he has his reasons, while Deputy Prime Minister Wissanu Krea-ngam confirmed they were sacked.

Thammanat, in a press conference to announce his resignation today, in an apparent move to snub the government narrative, said that his relationship with Deputy Prime Minister Prawit Wongsuwan, also leader of the main coalition party, Palang Pracharat, remains intact, but he has parted ways with both the prime minister and General Anupong and he has decided to follow his own path, although he added that he has not fallen out with the two men.

Meeting the media at parliament this afternoon, Thammanat said that he had thought about his position as deputy agriculture minister for the past several months and found that the post did not meet his expectations and that he would like to return to his old status as an MP to serve his constituents in the northern province of Phayao, his hometown.

“I want to do a job which will truly serves the country, not just a job to serve some groups of people,” he said, adding that he had consulted his family over the past several days and came to the conclusion that he should quit the cabinet.

Thammanat has eyed the interior portfolio, being held by General Anupong, but this move has been rejected by the prime minister, as he considers the general and General Prawit to be “brothers in arms” – who are given the nickname “three Ps”.

Thammanat said that, after the resignation, he will return to Phayao, to work for the benefit of the people there, adding that he had decided to quit on Monday, but was asked by General Prawit to delay the resignation, which he agreed to do, but “after consideration, I found out that the path of my life for the people is still long, so I decided to make up my mind,” he said.

Asked about his conflict with the prime minister, Thammanat said that it is not over yet, although he has tried his best to be reasonable but, finally, decided to quit the ministerial post.

He added that he has not yet decided to quit the party or to quit his post as the party’s secretary-general, until he has consulted General Prawit, the party leader.

Thammanat denied the allegation that he was plotting the ouster of the prime minister through the voting after the censure debate last week, but said that he does not like the current political atmosphere, characterized by the deep political divide between the people.

He claimed that several parties have been trying to court him.

Despite his unresolved conflict with the prime minister and General Anupong, Thammanat said that he will vote for the passage of the constitutional amendments in parliament tomorrow.

Thammanat spent about four years in prison in Sydney, Australia, in the 1990’s on drug trafficking charges. He continued to deny the confiscated substance was heroin, saying it was only flour, earning him the notorious nickname of a flour merchant.

Thammanat survived both no confidence motions against him in Parliament, and was not targeted in the latest motion last week. In May, the Constitutional Court ruled in his favour to maintain his status as an MP, saying the sentence was handed by an Australian court, not a Thai court. 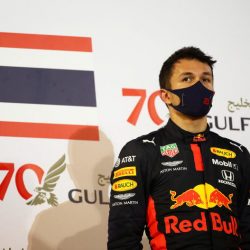 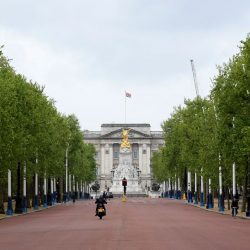