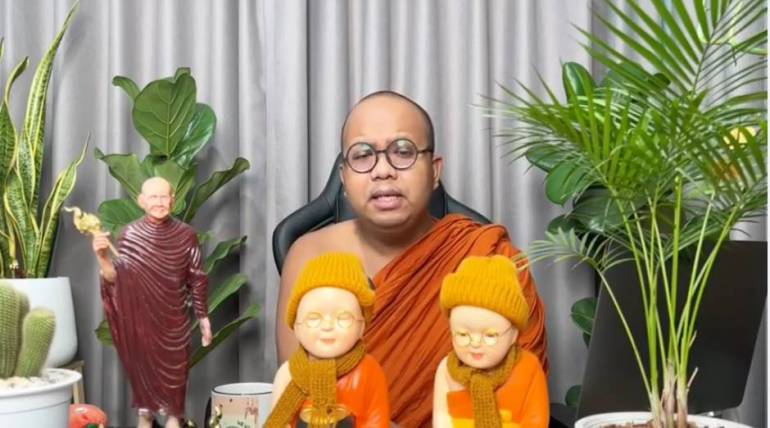 One of two controversial monks, Phra Maha Praiwan Worawano, well known for unorthodox preaching, has announced his intention to leave the monkhood after his teacher and mentor, Phra Ratchapanya Suthee, the acting abbot of Soi Thong Temple in Bangkok, was not officially appointed to the position of abbot.

In his Facebook livestream Friday night, from his living quarters at the temple, the monk said that he will present his saffron robe, which he has worn for more than 10 years, to his teacher and mentor in recognition of his guilt in bringing trouble to and for the failure to save Phra Ratchapanya Suthee.

Phra Maha Praiwan and another monk at the same temple, Phra Maha Sompong Talaputto, are under intense scrutiny, for alleged misconduct unbecoming of monks, over their livestream talk shows in September, during which they poked fun at political affairs, giggled, laughed and allegedly engaged in commercial activities.

Their online videos gained unprecedented viewership and sparked debates if their act was a refreshing approach to Buddhism which was made more appealing to the young, or simply improper. Some of their critics called them “comedians” rather than monks.

Phra Maha Praiwan said that, after leaving the monkhood, he will return home to tend to his cancer-stricken mother, will pursue a new life as a lay person and work for the good of the public.

Weeping while livestreaming, he recalled that, before entering the monkhood as a novice, he had a chance to hug his mother, who told him that this would be his last hug because it would not be possible after he became a monk.

“I will be able to hug my mother again, to have dinner with her for the first time,” he said, adding that he felt relieved for having said what he had wanted to say. 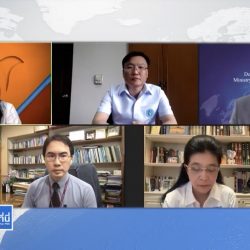