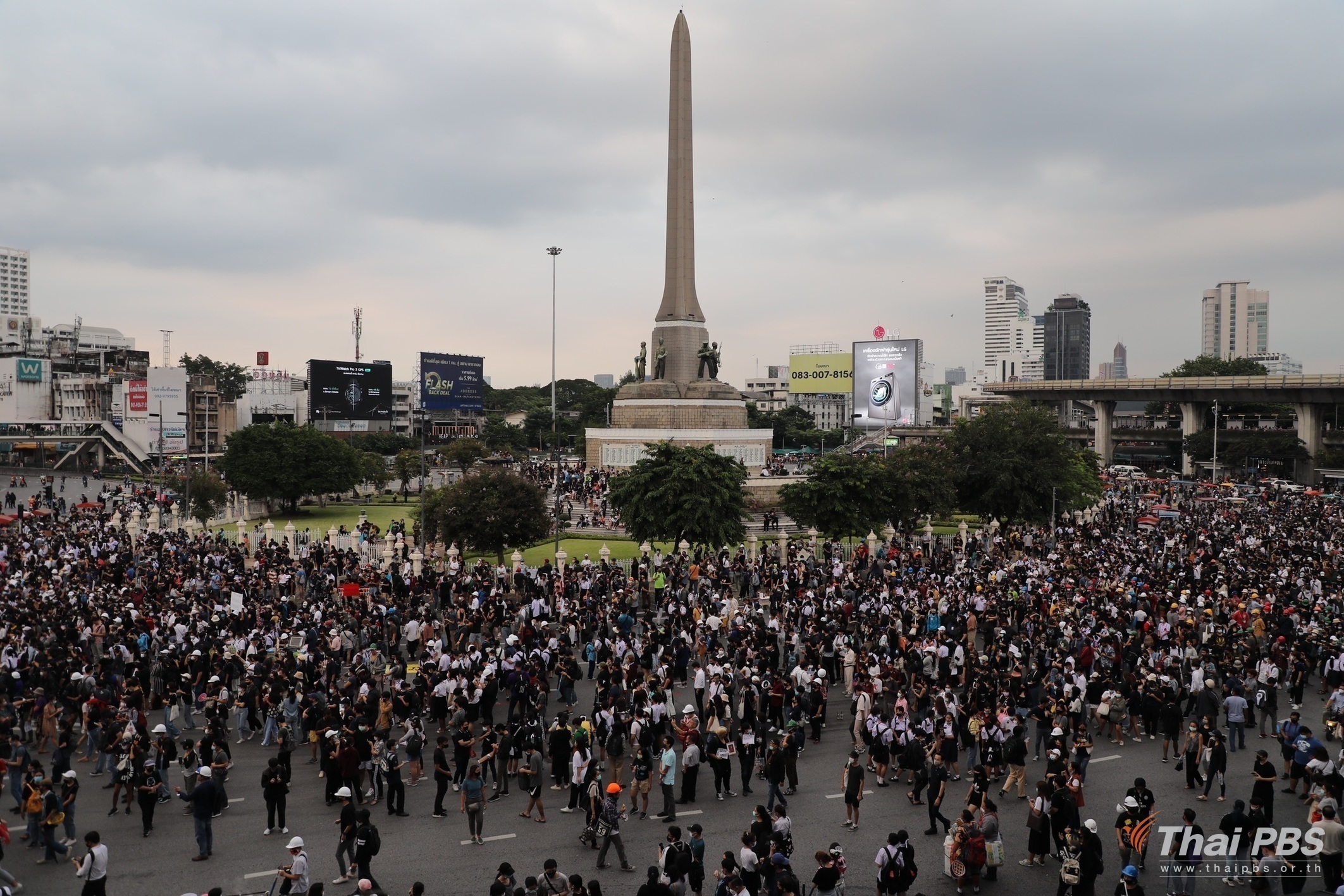 But suspicions this may not be the case are being fuelled by conspiracy theorists, who see growing foreign interference in Thai politics, particularly from the West.

Leaders of the student-led movement and their supporters, notably opposition politicians, have strongly denied any foreign backing. They insist the rumours are a desperate attempt to deflect attention from years of military coups and misrule.

Conspiracy theorists, meanwhile, name the United States as the main “foreign hand” behind the protesters, who are calling for Prime Minister Prayut Chan-o-cha to step down, for changes to the Constitution and reform of the monarchy.

A rich source of the conspiracy theories is China, America’s main rival in the battle for geopolitical influence in Southeast Asia. China is also fighting pro-democracy movements in Hong Kong and Taiwan, which together with the Thai protesters have formed the anti-authoritarian “Milk Tea Alliance”.

A Chinese military analyst claims Thai anti-government forces have colluded with the US and other Western countries in using young people as a tool to overthrow Thailand’s political order.

“Those forces aim to bring in pro-West political proxies to rule the country with Western-style democracy,” wrote Yu Qun in the Global Times, a Chinese Communist Party mouthpiece.

“The Thai young generation are currently being used as cannon fodder by the US and its proxies,” continued Yu, who is deputy director of the Military Diplomacy Research Centre at China’s National University of Defence Technology.

However, there is no credible evidence that Washington is behind the unrest in Thailand.

Writing in the same paper, another Chinese commentator claimed many accounts on US social-media platforms like Twitter and Facebook that “spread disinformation” against the Thai government have survived despite complaints. They also claim pro-government accounts in Thailand have been shut down.

“So, at the very least, Western social media and some mainstream media are taking sides to stand with the protesters,” wrote Xu Liping, director of the Centre for Southeast Asian Studies at the Chinese Academy of Social Sciences in Beijing.

The complaints have been echoed by many pro-establishment Thai netizens, who say Twitter and Facebook have failed to act against what they call “fake news”, mainly involving the Thai government and monarchy.

Thai royalists have also accused the US government of political meddling in the ongoing protests.

A group of royalists, including singer-actress Haruthai “Au” Muangboonsri, gathered outside the US Embassy in Bangkok on Tuesday, holding banners with messages like “Stop hybrid war in Thailand” and “Please return peace to the world”.

A large sign displayed during the gathering read: “Mr DeSombre! Your job in Hong Kong was good, but it doesn’t work for Thailand.”

The message was directed at US Ambassador Michael George DeSombre, who worked for US interests in Hong Kong before being posted to Thailand in July last year.

Haruthai said her group was simply calling for no outside interference in Thailand’s affairs. “Since the student protests began, a lot of misinformation has been spread from outside the country,” she said.

In September, allegations of US interference spiked when photos of a meeting between former US ambassador Glyn Davies and student leader Parit “Penguin” Chiwarak surfaced in Thai social media. The US Embassy issued a statement denying political meddling, pointing out the photos were from 2016, four years before the current protests. Also, they were originally published by the Land Destroyer Report – an English-language blog which poses as a news outlet to disseminate stories alleging US influence in Thailand. The Land Destroyer Report was banned by Facebook last year for engaging in “coordinated inauthentic behaviour”.

But claims of a secret foreign conspiracy have continued. Theorists have pointed to links between Thai and Hong Kong pro-democracy protesters as evidence that both are backed by Western powers.

Hong Kong leader Carrie Lam in January hinted at foreign influence in the territory. “What has happened in Hong Kong has attracted disproportionate commentary from Western media, from overseas governments and politicians,” she said.

On Tuesday he accused his political opponents of exploiting students for their own purposes and cautioned them against allowing “foreign forces” to interfere in Thai domestic affairs.

“Don’t open the door to foreign forces to interfere with our sovereignty. This is extremely dangerous,” the premier said.

His remarks came just a day after protesters marched to the German Embassy in Bangkok, calling on Germany to investigate whether the King is conducting political affairs from German soil. His Majesty is known to have spent a considerable amount of time each year in Bavaria.

Former politician Warong Dechgitvigrom, who leads the royalist Thai Pakdee group, said the monarchy was being targeted by a foreign conspiracy.

“A group of Thais are conspiring with foreigners to destroy the foundation of Thai identity,” he wrote on Facebook.

The young protesters, however, see these moves as desperate attempts to deflect from reality. The Free Youth group, which organises frequent protests, said people claiming foreign intervention were perhaps recalling the Thai elite’s Cold War alliance with the US from the late 1940s to early 1990s. 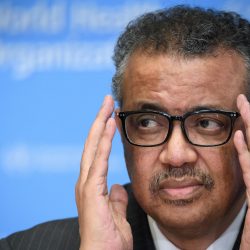 WHO chief in quarantine after contact tests positive for Covid-19 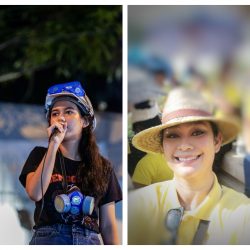 Haruthai and Mind: Two women on two sides of the conflict