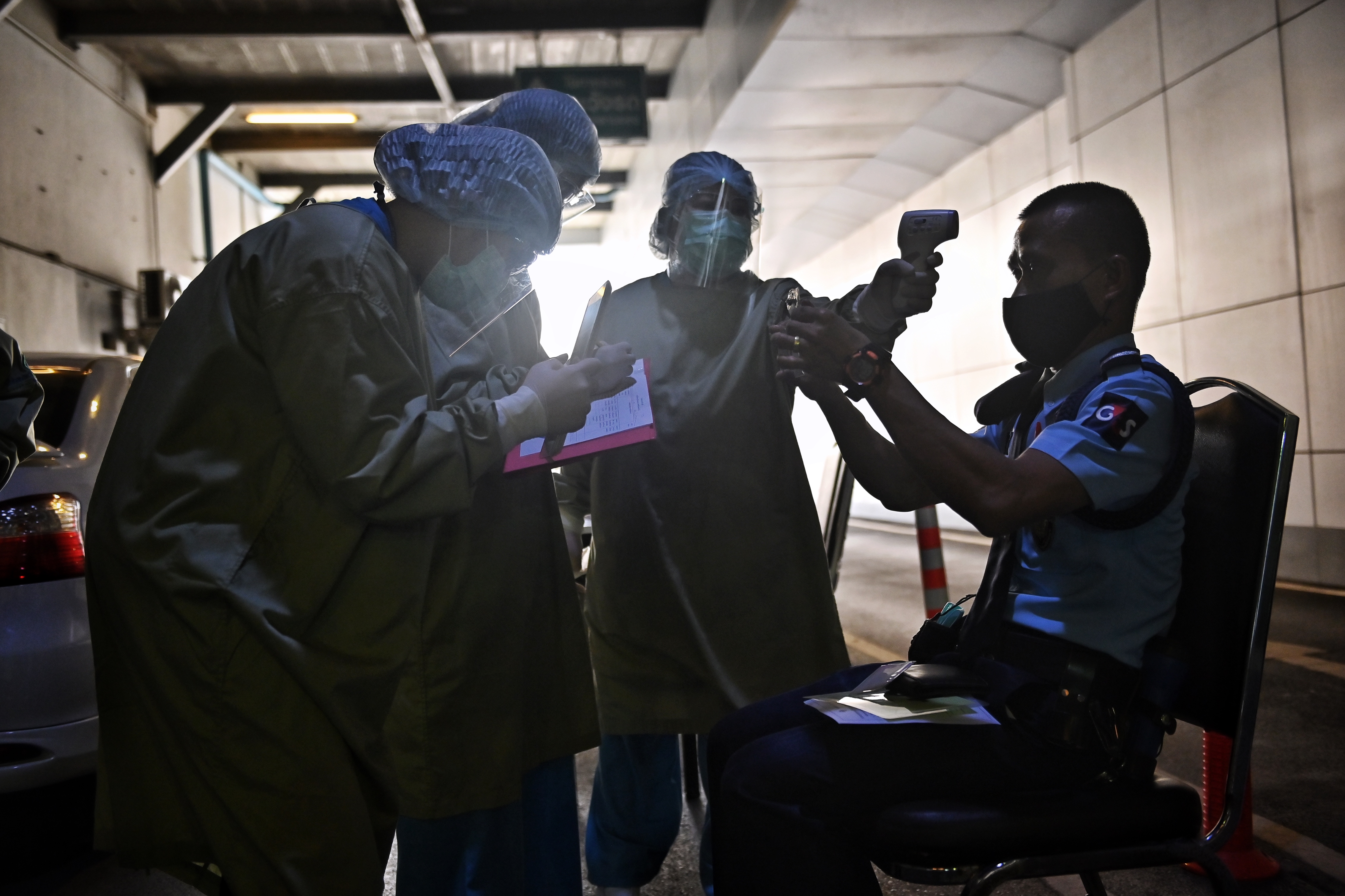 Medical personnel register a security guard for Covid-19 coronavirus testing at a private hospital in Bangkok on January 8, 2021 after the Thai government imposed further restrictions due to the recent outbreak. (Photo by Lillian SUWANRUMPHA / AFP)

When it comes to staying safe from COVID-19, knowledge is power.

However, Thais seeking clear guidance on the crisis were hit by yet another communication breakdown this week, as government messages added to the confusion spread by fake news.

The confusion broke loose at the start of 2021, when government figures delivered contradictory messages – despite the existence of the Centre for COVID-19 Situation Administration (CCSA) and its previously acclaimed spokesman Dr Taweesin Visanuyothin.

Faced with the second wave of COVID-19, Thais suffered a repeat of the communications crisis during the first wave last year, before the creation of CCSA.

Thais spent their New Year holiday under a shadow, aware that the second wave of COVID-19 was looming as daily cases surged from the domestic outbreak in mid-December. They were thus keen to hear what the government had to say.

When Bangkok authorities promptly declared restaurant dining was banned in the capital after 7pm, Prayut quickly intervened. In response to a complaint from the Thai Restaurant Association, the government has decided to let dine-in services continue till 9pm, the PM declared on January 4.

“We understand that all sectors will be affected … by restrictions on travel and daily life,” wrote Satit. “But this measure will only cause short-term impacts. If we allow COVID-19 to spread to every province, the impacts will be long term, and all will face difficulties, even chaos, in the long run.”

Just as the public was preparing for a regional lockdown, Prayut spoke up again. There will be no lockdown in the five provinces – only strict controls. “We will not force people to stay at home all day,” he said.

That left people who live and work in the five provinces scrambling for information on exactly what the authorities meant and what types of documents they would need, to go about their daily life.

The last straw came on January 7, when Taweesin announced that anyone failing to download the MorChana contact-tracing app would face legal action if they tested positive for COVID-19.

MorChana uses GPS technology to keeps track of users’ location timeline. It also alerts users if they enter COVID-19 hotspots, and enables them to evaluate their risk status.

Taweesin’s announcement whipped up a storm of criticism. Critics said the government had no right to make MorChana mandatory given privacy concerns and the fact that many lower-income Thais do not own smartphones.

Once again, Prayut and other government figures were quick to contradict the official message. Government spokesman Anucha Burapachaisri said authorities were only asking for cooperation in downloading the MorChana app, which would allow faster control of COVID-19.

“If you do not have a smartphone for the app, you can keep a record of your movements in writing,” Anucha said. “It’s just that, if you do not have the app as solid proof, officials will question you more about where you have been.”

Anucha also apologised for “poor communication” that has caused misunderstandings.

What happened in Episode 1?

To the public, it seems the government has failed to learn from its communications faux-pas during the first wave of COVID-19.

On March 11 last year, Interior Minister Anupong Paochinda announced the closure of quarantine centres – only to say the next day that he was mistaken.

Meanwhile Public Health Minister Anutin Charnvirakul frequently posted updates on COVID-19 via social media, only to delete them later – a pattern that has continued this year.

The first wave also saw Prayut cancel visa-on-arrival and visa exemption for nationals of some countries, only to be quickly contradicted by the Foreign Ministry.

After the CCSA was established on March 26 last year, the situation improved as Taweesin earned praise for his efficient and reassuring communications.

However, the praise has now given way to questions about his performance. People are asking why, for example, Taweesin deliberately avoided using the term “second wave” to describe a fresh outbreak that has spawned record daily infections.

Taweesin’s quickly-dismissed announcement on MorChana is a clear example that even the legendary CCSA spokesman is not always right about the government’s COVID-19 situation management.

Lessons to be learnt

The CCSA met with media representatives on Thursday afternoon to ask for their advice on how to improve its public communications.

“The COVID-19 situation is the biggest challenge of my 37-year career,” confessed General Natthapon Nakpanich, who heads both the CCSA and the National Security Council.

Ending the virus crisis would need not just an efficient public-health system, but also public understanding and management of public sentiment, he said.

“We know the importance of communicating with the public,” he added. “We will take media representatives’ advice and improve our efforts.”

Media figures at the meeting offered two core pieces of advice to the CCSA: Construct timelines for every COVID-19 patient and efficiently control information from authorities.

Information should only come from the CCSA, they said. “However, if there is too much information for Taweesin to present in his daily briefing, the CCSA can involve relevant authorities for each aspect.” 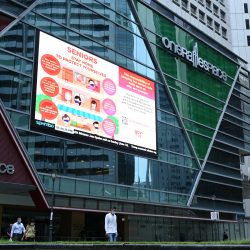 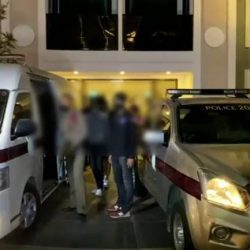