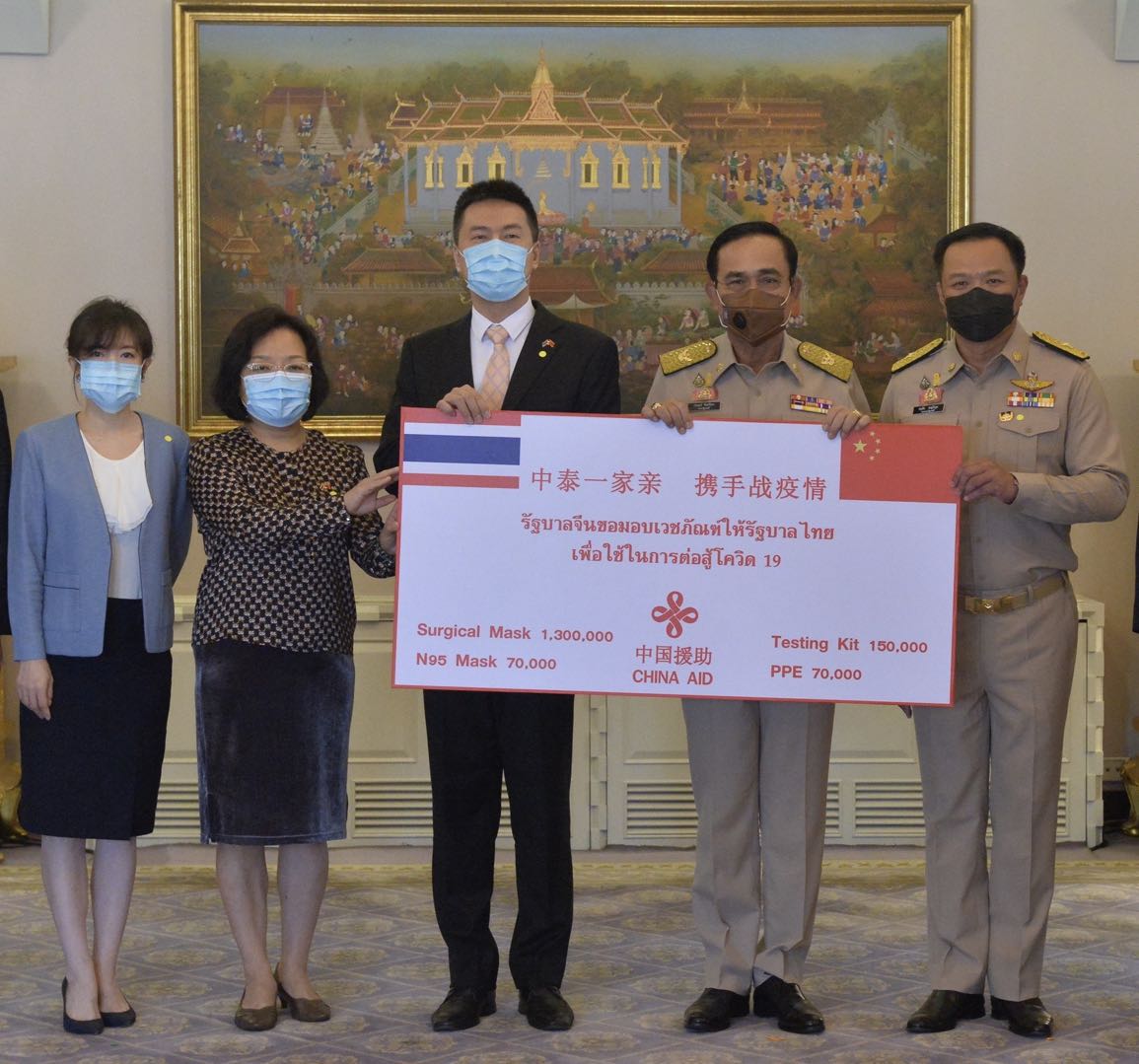 Thai Prime Minister Prayut Chan-o-cha and Yang Xin (third from left), charge d’affaires of the Chinese Embassy to Thailand, during a ceremony at the Government House to hand over Covid-19 test kits and surgical masks on Monday.

In a congratulatory message to Thai Prime Minister Prayut Chan-o-cha on the 45th anniversary of the establishment of diplomatic relations between the two countries, the Chinese leader said China’s relationship with Thailand sets a model for China-ASEAN relations.

“Reviewing the steady development of the bilateral ties in the past 45 years, Li applauded the productive bilateral cooperation in various fields, saying the healthy relationship not only brings concrete benefits to the two peoples but also set a model for promoting China-ASEAN relations,” CGTN reported.

It said during the outbreak of the coronavirus pandemic, China donated 1.3 million surgical face masks, 70,000 N95 face masks, 150,000 COVID-19 test kits and 70,000 personal protective equipment suits to Thailand to support the country’s fight against the virus.

The mutual support and cooperation in fighting against COVID-19, according to Li, indicates the longstanding friendship between the two countries.

“China and Thailand are close like a family,” said Li in the message.

Li said he hopes the two countries would work together to jointly build the Belt and Road and contribute to the sustained recovery and development in China, Thailand, as well as ASEAN countries.

Prayut echoed Li’s remarks while reiterating the need for cooperation in tackling the COVID-19 pandemic as well as the uncertain global situation.

He said Thailand and China have always stood together through thick and thin and established a deep friendship, noting that the saying “China and Thailand are one family” vividly depicts this special relationship.

The Thai prime minister pledged close coordination between the two governments and said he wishes the comprehensive strategic partnership between the two countries will step into a new phase in the coming decade. 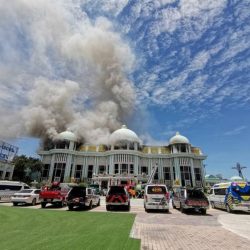 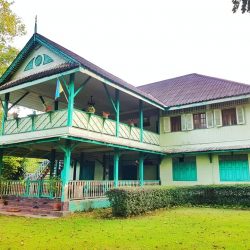