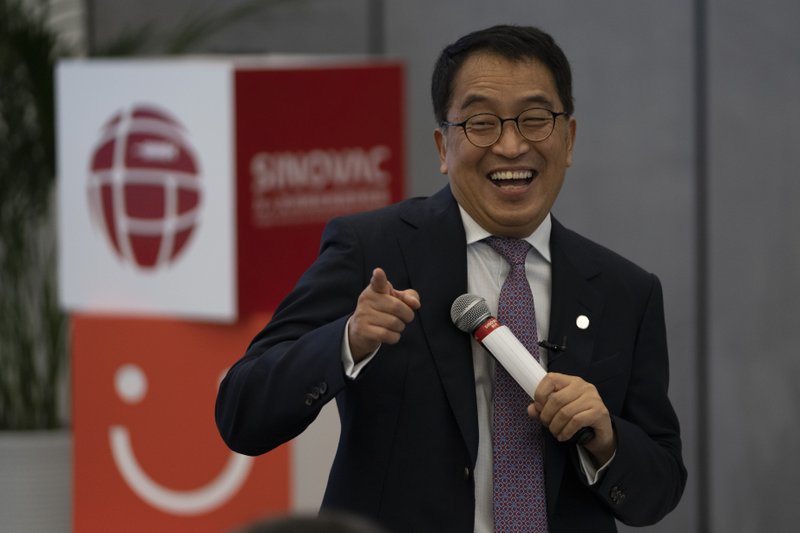 Yin Weidong, CEO of the Chinese pharmaceutical company SinoVac, speaks to journalists during a tour of a vaccine factory in Beijing on Thursday, Sept. 24, 2020. SinoVac, one of China’s pharmaceutical companies behind a leading COVID-19 vaccine candidate says its vaccine will be ready by early 2021 for distribution worldwide, including the U.S.

BEIJING (AP) — A Chinese pharmaceutical company said Thursday the coronavirus vaccine it is developing should be ready by early 2021 for distribution worldwide, including the United States.

Yin Weidong, the CEO of SinoVac, vowed to apply to the U.S. Food and Drug Administration to sell CoronaVac in the United States if it passes its third and final round of testing in humans. Yin said he personally has been given the experimental vaccine.

“At the very beginning, our strategy was designed for China and for Wuhan. Soon after that in June and July we adjusted our strategy, that is to face the world,” Yin said, referring to the Chinese city were the virus first emerged.

“Our goal is to provide the vaccine to the world including the U.S., EU and others,” Yin said.

Stringent regulations in the U.S., European Union, Japan and Australia have historically blocked the sale of Chinese vaccines. But Yin said that could change.

SinoVac is developing one of China’s top four vaccine candidates along with state-owned SinoPharm, which has two in development, and military-affiliated private firm CanSino.

More than 24,000 people are participating in clinical trials of CoronaVac in Brazil, Turkey, and Indonesia, with additional trials scheduled for Bangladesh and possibly Chile, Yin said. SinoVac chose those countries because they all had serious outbreaks, large populations and limited research and development capacity, he said.

He spoke to reporters during a tour of a SinoVac plant south of Beijing. Built in a few months from scratch, the plant is designed to enable SinoVac to produce half a million vaccine doses a year. The bio-secure facility was already busy on Thursday filling tiny bottles with the vaccine and boxing them. The company projects it will be able to produce a few hundred million doses of the vaccine by February or March of next year.

SinoVac is also starting to test small doses of CoronaVac on children and the elderly in China after noticing rising numbers of cases globally among those two groups.

Yin said the company would prioritize distribution of the vaccine to countries hosting human trials of CoronaVac.

While the vaccine has not yet passed the phase 3 clinical trials, a globally accepted standard, SinoVac has already injected thousands of people in China under an emergency use provision.

Yin said he was one of the first to receive the experimental vaccine months ago along with researchers after phase one and two of human trials showed no serious adverse effects. He said that self-injecting showed his support for CoronaVac.

“This is kind of a tradition of our company,” Yin said, adding that he had done the same with a hepatitis vaccine under development.

Earlier this year, China permitted “emergency use” of vaccine candidates for at-risk populations like border personnel and medical workers if companies could show “good safety and good antibodies” from tests of about 1,000 people, Yin said.

SinoVac received that approval in June along with SinoPharm and CanSino, and was able to provide tens of thousands of doses of CoronaVac to Beijing’s municipal government, Yin said.

SinoVac employees qualified for emergency use of the vaccine because an outbreak inside the company would cripple its ability to develop a vaccine, he said. About 90% of the company’s staff have received it.

“We are confident that our research of the COVI-19 vaccines can meet the standards of the U.S. and EU countries,” Yin said. 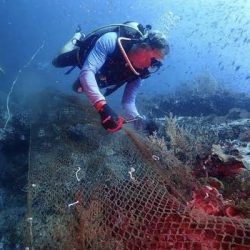