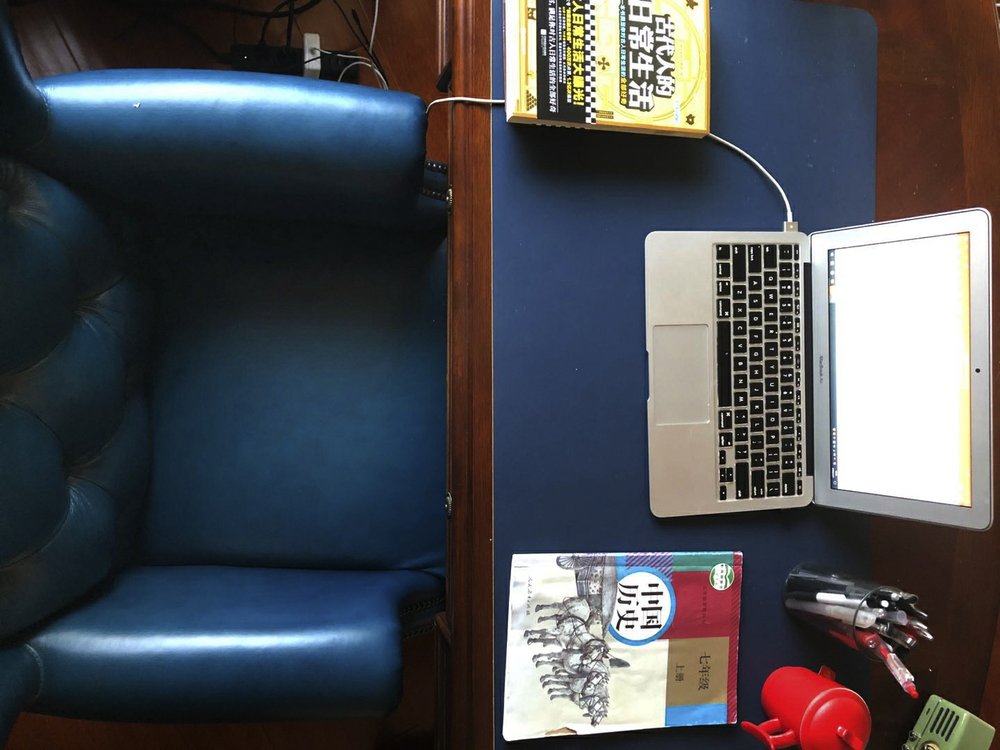 This Feb 27, 2020, photo released by Louis Wang, shows his work desk with laptop and textbooks at home in northeast China. Wang, a middle school history teacher in northeast China, said his workload has ballooned due to the arduous process through which online classes must be approved. Chinese schools turning to online learning during a virus outbreak are running into the country’s ubiquitous and often arbitrary internet censorship. (Louis Wang via AP)

It was the first day of an unusual semester. Across China, schools are shut indefinitely in a bid to contain a new virus that has killed some 3,000 people. Chu’s class was one of tens of thousands of courses, from grade school to university, that have been forced online.

Chu’s professor was painstakingly sending voice recordings to the class group chat when, without warning, the system disbanded the group for violating China’s Internet regulations — a pervasive, almost mundane part of life under Communist Party rule.

The students were puzzled. Was it because of something about the subject matter? Bioinformatics is the science of collecting and analyzing complex biological data. “I’m not sure exactly what phrases triggered it,” said Chu, who recounted the incident. “I guess we touched on some sensitive topic.”

Major social media platforms including Facebook, YouTube and Twitter are blocked in China, while homegrown ones such as Weibo and WeChat are heavily monitored and scrubbed for offensive content by the state Cyberspace Administration and police.

Now, the sudden arrival of public education onto platforms that are generally the domain of celebrity livestreamers has thrown the controls into stark relief. Classrooms are confronting the ubiquity and often arbitrary nature of the ruling Communist Party’s online censorship.

Biology courses have been blocked for “pornographic content.” History and politics classes are among the most vulnerable; subjects such as the Cultural Revolution and the Great Leap Forward are regularly censored in classes and online discussions.

Daily life in the world’s most populous nation has undergone a radical transformation in the past six weeks. Once-bustling streets are empty, fast-food restaurants offer only takeout service and group activities have been replaced with remote everything — remote work, remote fitness class, remote schooling.

“Classes have stopped but learning will not,” the Education Ministry said in a February notice. It has established 24,000 free online courses on 22 web platforms, covering both undergraduate and vocational disciplines.

Yet many lesson plans have been stymied by the country’s strict online regulators.

Louis Wang, a middle school history teacher in northeast China, said his workload has ballooned because of an arduous approval process for online classes.

While teachers have some leeway to facilitate spontaneous discussion in a classroom setting, online classes can be recorded, with the potential for clips to be taken out of context and circulated online.

“Every word that is spoken in a video recording must be pre-approved,” Wang said.

For him, that means writing word-for-word his entire lecture — about 5,000 Chinese characters — for review by school administrators.

Even seemingly non-controversial statements can run afoul of the censors.

Wang said one of his colleagues, a politics teacher, was trying to upload a document for his students with “socialism with Chinese characteristics” in its title. The phrase was championed by former leader Deng Xiaoping and is still frequently used by the government today.

For reasons unexplained, the cloud platform blocked the document. It could be uploaded only after the overtly political phrase was removed.

Teachers are using workarounds to skirt a variety of digital obstacles. On the messaging app WeChat, documents can be rejected for transmission to a group chat if a file fails a “safety inspection.”

The same documents, however, can often be shared in direct messages, so some teachers have resorted to sending files to parents and students one-by-one.

“Teachers having their online classes blocked, that’s funny, because it’s too absurd,” Wang Yuechi, a well-known Chinese comedian wrote on his verified account on Weibo, an app similar to Twitter.

“This is not normal — it’s because there’s no freedom of speech,” he wrote. “Just like how it’s not normal that this post will also be deleted. I hope everyone can be aware of this. The absence of freedom of speech will impact our education, our lives. This has already happened. It’s not so funny now, is it?”

As Wang predicted, his post can no longer be viewed on Weibo.

Not every online class mishap involves censorship. Sometimes technical difficulties are the culprit.

Cheng Yufan, a university student in the southern province of Jiangsu, inadvertently became the host of a lecture on the first day of online classes last month.

When class was set to start, her philosophy professor was nowhere to be found, Cheng said. The professor was logged onto a different platform; meanwhile, the other one had designated Cheng as group administrator.

Their professor fared no better on the second platform. Internet connection issues resulted in Cheng and her classmates tuning into two hours of silence.

Afterwards, the unwitting professor wrote in their class group chat, “See you next time!” 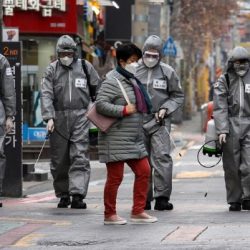 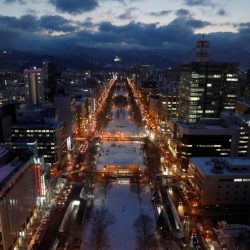