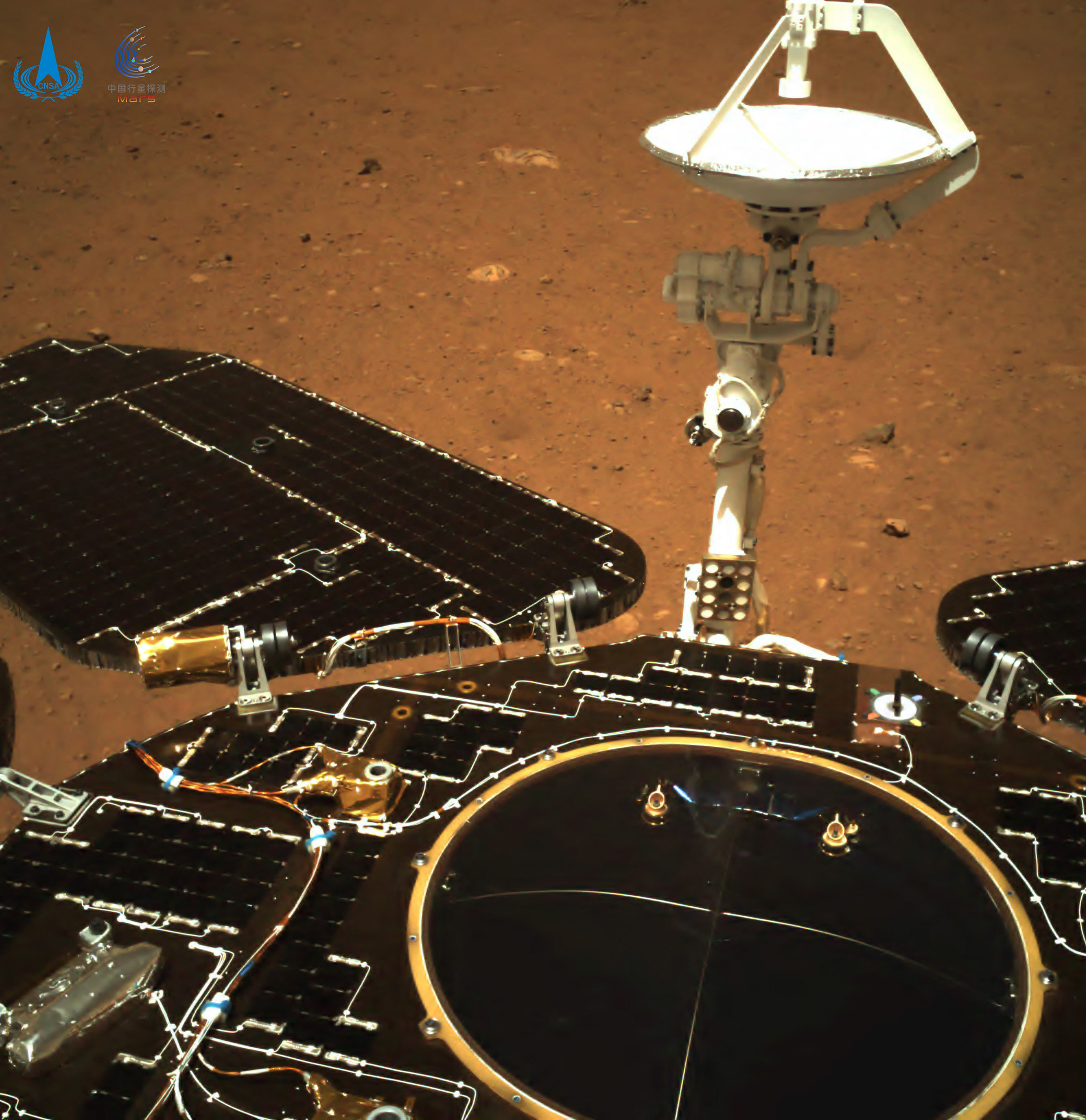 This picture released on May 19, 2021, by the China National Space Administration (CNSA) via CNS shows an image taken by the navigation camera of China’s Zhurong rover on the surface of Mars, showing the rover’s solar panels and antenna, after it landed on Mars on May 15, 2021. (Photo by – / CNS/CNSA / AFP) / China OUT

CHINA (AFP): China’s Mars rover drove from its landing platform and began exploring the surface on Saturday, state-run Xinhua news agency said, making the country only the second nation to land and operate a rover on the Red Planet.

The launch last July of the Tianwen-1 Mars probe, which carried the Zhurong rover, marked a major milestone in China’s space programme.

Tianwen-1 touched down on a vast northern lava plain known as the Utopia Planitia a week ago and beamed back its first photos of the surface a few days later.

The Mars probe and rover are expected to spend around three months taking photos, harvesting geographical data, and collecting and analysing rock samples.

China has now sent astronauts into space, powered probes to the Moon and landed a rover on Mars — the most prestigious of all prizes in the competition for dominion of space.

The United States and Russia are the only other countries to have reached Mars, and only the former has operated a rover on the surface.

Several US, Russian and European attempts to land rovers on Mars have failed in the past, most recently in 2016 with the crash-landing of the Schiaparelli joint Russian-European spacecraft.

The latest successful arrival came in February, when US space agency NASA landed its rover Perseverance, which has since been exploring the planet.

The US rover launched a small robotic helicopter on Mars which was the first-ever powered flight on another planet.

China has come a long way in its race to catch up with the United States and Russia, whose astronauts and cosmonauts have decades of experience in space exploration.

It successfully launched the first module of its new space station last month with hopes of having it crewed by 2022 and eventually sending humans to the Moon.

Last week a segment of the Chinese Long March 5B rocket disintegrated over the Indian Ocean in an uncontrolled landing back to Earth.

That drew criticism from the United States and other nations for a breach of etiquette governing the return of space debris to Earth, with officials saying the remnants had the potential to endanger life and property. 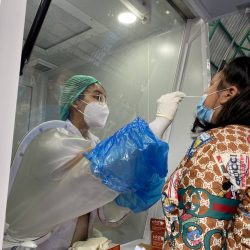 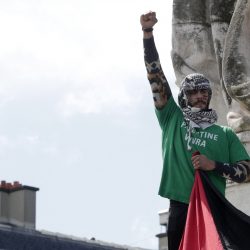 Thousands rally in France in support of Palestinians