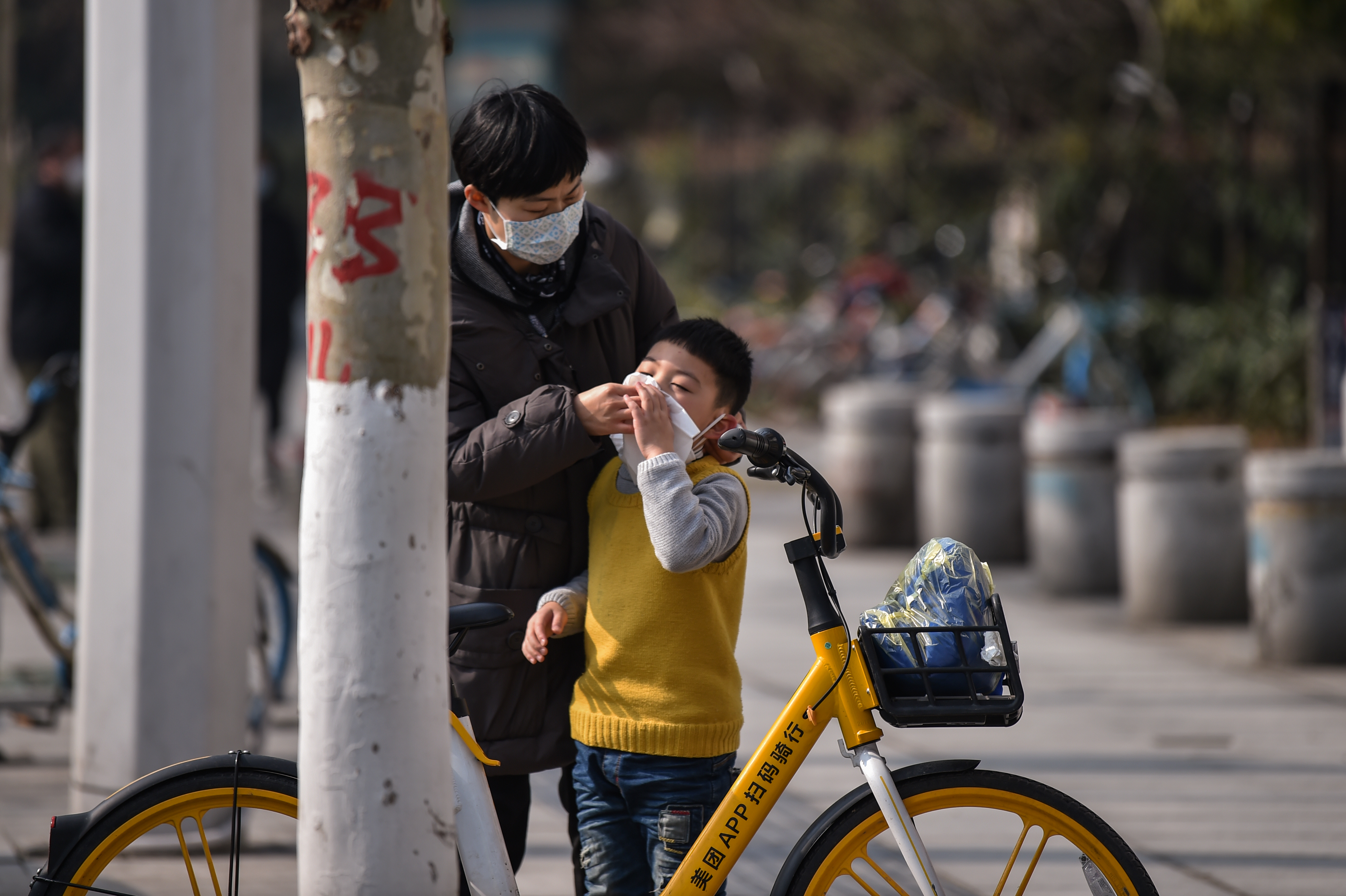 A woman cleans a boy’s face in Wuhan, in Hubei province (Photo by Hector RETAMAL / AFP)

BEIJING (AFP) – China’s top leadership on Monday admitted “shortcomings and difficulties” in its response to the coronavirus outbreak, as state media said a new hospital built at breakneck pace began receiving patients in the epicentre of the crisis.

Fifty-seven new deaths were confirmed on Monday – the single-biggest daily increase since the virus was detected late last year in the central city of Wuhan.

The death toll in China stood at 361, exceeding the 349 mainland fatalities from the Severe Acute Respiratory Syndrome (Sars) outbreak of 2002-03, which eventually killed nearly 800.

The government in Beijing nevertheless hit out at the United States for sparking “panic” with its response to the coronavirus, including a ban on foreigners who have recently been to China.

The virus has so far spread to more than 20 countries, and several other nations have instituted similarly tough rules.

China’s elite Politburo Standing Committee called for improvements to the “national emergency management system” following “shortcoming and difficulties exposed in the response to the epidemic,” according to the official Xinhua news agency.

“It is necessary to strengthen market supervision, resolutely ban and severely crack down on illegal wildlife markets and trade,” it added.

The government also said it “urgently” needed medical equipment and surgical masks, protective suits, and safety goggles as it battles to control the outbreak.

Authorities in provinces that are home to more than 300 million people – including Guangdong, the country’s most populous – have ordered everyone to wear masks in public in an effort to contain the virus.

But factories capable of producing around 20 million masks a day are only operating at 60-70 per cent of capacity, industry department spokesman Tian Yulong said, adding that supply and demand remained in “tight equilibrium” as a result of the Lunar New Year break.