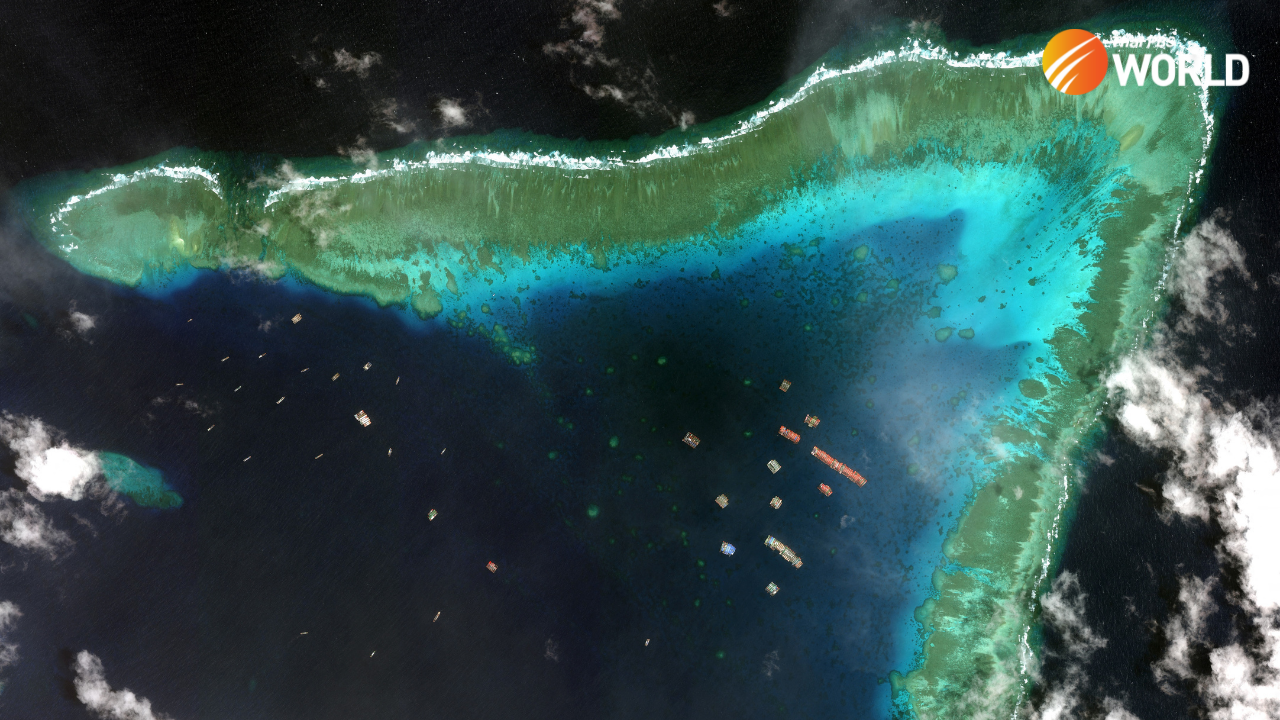 This satellite imagery taken on March 23, 2021 and received on March 25 from Maxar Technologies shows Chinese vessels anchored at the Whitsun Reef, around 320 kilometres (175 nautical miles) west of Bataraza in Palawan in the South China Sea. – Chinese vessels gathered near a disputed reef in the South China Sea are “fishing boats” sheltering from poor weather, the foreign ministry said March 22, a day after the Philippines described their presence as an incursion. (Photo by Handout / Satellite image ©2021 Maxar Technologies / AFP)

China has called on Asean to speed up the negotiations on a code of conduct (COC) for the South China Sea, which has been dragging on since 2012.

On 28 July, State Councillor and Foreign Minister Wang Yi told the ASEAN representatives from various foreign ministries and think-thanks via teleconference that both sides must accelerate consultations to conclude the COC “in order to reach a substantive and effective COC that conforms with international law, including UNCLOS”.

He touched on the situation in South China in his keynote speech, “Builds on Past Achievements and Scaling New Heights”, to mark the 30th anniversary of Asean-China relations.

ASEAN Secretary-General Dato Lim Jock Hoi also gave a keynote speech hailing the evolution of ASEAN-China ties. He said their relations are one the most dynamic and comprehensive with the Asean’s dialogue partner. As part of the celebrations, the ASEAN-China foreign ministers also met face-to-face early in June in Chongqing to further strengthen their bilateral ties.

Wang Yi reiterated that China is willing to step up dialogue and consultations with concerned parties on the South China Sea. He also outlined other priorities including steering clear of external disruptions, advancing practical maritime cooperation, and maintaining peace, stability, and long-term security in the disputed maritime zone.

A senior ASEAN official said that of late China has been very forthcoming toward the conclusion of COC. “Beijing has shown more flexibility,” he said, adding that China has used more accommodating language such as reaching a “substantive and effective COC that conforms with the international law, including UNCLOS”. However, ASEAN has yet to agree on China’s overtures, due to different interpretations of the word “conform” and its legal implications.

The conference yesterday was also part of this commemoration and aimed at the exchange of views among the officials and academics on the lessons learned and experience from three decades of ASEAN-China engagement.

The participants from ASEAN agreed that their relations have been excellent especially in terms of economic cooperation and people-to-people exchanges. Since 2009, China has been the bloc’s biggest market. According to Wang Yi, more than 200,000 students studying in each other’s countries, and over 200 pairs of sister cities between China and various ASEAN cities.

“These diverse interactions and cooperation in social, cultural, and people-to-people fields have carried forward our traditions of good neighborliness and partnership and the Asian values of solidarity, collaboration, openness, and inclusiveness,” he said.

Early this year, ASEAN became the number one trading partner of China replacing the EU. The ASEAN participants urged both sides to continue to consult and work closely as well as review past experiences in implementing programmers to improve overall efficiency.

ASEAN foreign ministers are scheduled to hold an annual meeting from 2-7 August via teleconference. There will be a series of meeting between Asean and its dialogue partners including the East Asia Summit’s foreign ministerial conference and the Asean Regional Forum, among others. 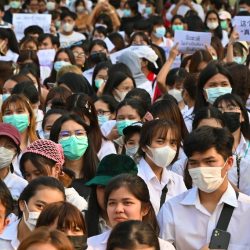 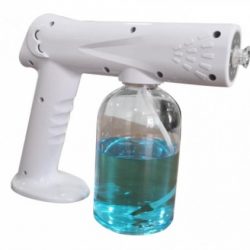 Thai FDA warns against use of disinfectant spray gun