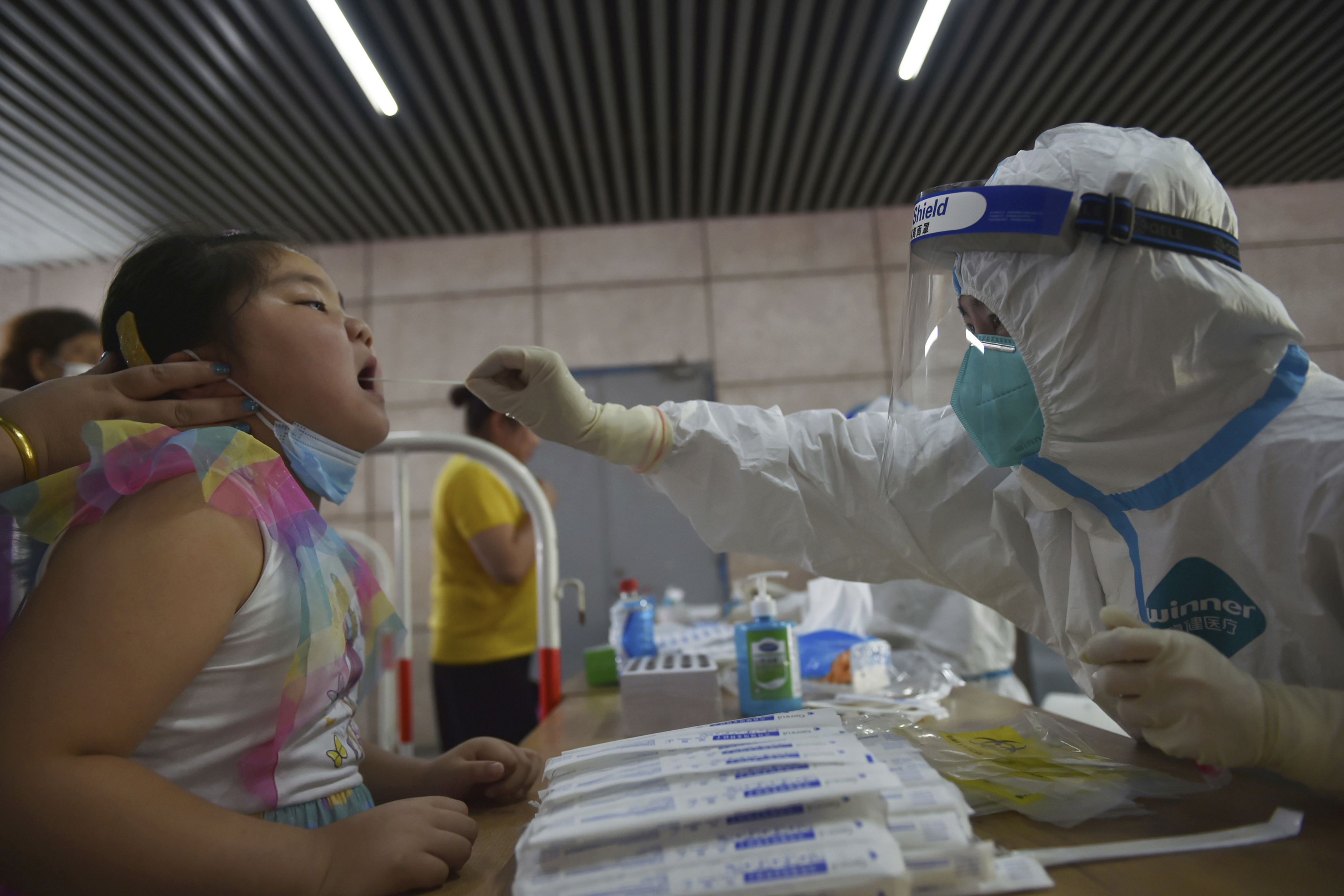 A nurse takes throat swab samples in new round of COVID-19 testing in Nanjing city in eastern China’s Jiangsu province Monday, Aug. 2, 2021. The current coronavirus outbreaks in China, while still in the hundreds of cases in total, have spread much more widely than previous ones, reaching multiple provinces and cities including the capital, Beijing. Many of the cases have been identified as the highly contagious delta variant that is driving a resurgence in many countries. (Chinatopix via AP)

BEIJING (AP) — China suspended flights and trains, canceled professional basketball league games and announced mass coronavirus testing in Wuhan on Tuesday as widening outbreaks of the delta variant reached the city where the disease was first detected in late 2019.

While the total number of cases is still in the hundreds, they are far more widespread than anything China has dealt with since the initial outbreak that devastated Wuhan in early 2020 and over time spread to the rest of the country and the world.

China has not eliminated but largely curbed COVID-19 at home with quick lockdowns and mass testing to isolate infected people whenever new cases pop up. Most previous outbreaks didn’t spread far beyond a city or province. This time, cases have been confirmed in more than 35 cities in 17 of China’s 33 provinces and regions.

The cities of Nanjing and Yangzhou have canceled all domestic flights, and Beijing has halted long-distance trains from 23 stations. The Chinese Basketball Association said that matches of its men’s professional league would be suspended because of the pandemic.

Wuhan, a provincial capital of 11 million people in central China, is the latest city to undergo city-wide testing. Three cases were confirmed there on Monday, its first non-imported cases in more than a year.

They were among 90 new cases confirmed nationwide the previous day, the National Health Commission said Tuesday. Of those, 61 were locally spread ones and 29 among people who had recently arrived from abroad.

Most of the local cases are still in Jiangsu province, where an outbreak started at the airport in Nanjing, the provincial capital, and has spread to other parts of he province and beyond. Authorities reported 45 new cases, five in Nanjing and 40 in the city of Yangzhou, 105 kilometers (65 miles) away, where a second round of mass testing was underway.

Five other provinces and the cities of Beijing and Shanghai reported new local cases in the single digits. In Shanghai, the nation’s largest city, a driver working at one of its two main airports tested positive. Beijing has reported a total of five cases in recent days.

The Nanjing outbreak, which has been traced to the delta variant, is the source of the cases in most other places. Separately, delta variant outbreaks in two other places have been linked to neighboring Myanmar, which has seen a sharp rise in infections.

An outbreak in Zhengzhou, a city hit by flooding that killed about 300 people last month, started with people who arrived from Myanmar by air. A third outbreak, the one that started the earliest, spilled into Yunnan province from its border with Myanmar.

Government-affiliated scientists have said that Chinese vaccines are less effective against the new strains of the coronavirus but still offer some protection. Only Chinese vaccines are currently being given in China, where authorities say more than 1.6 billion doses have been administered. 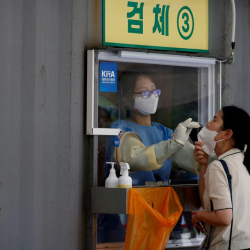 South Korea on alert for new Delta Plus COVID-19 variant