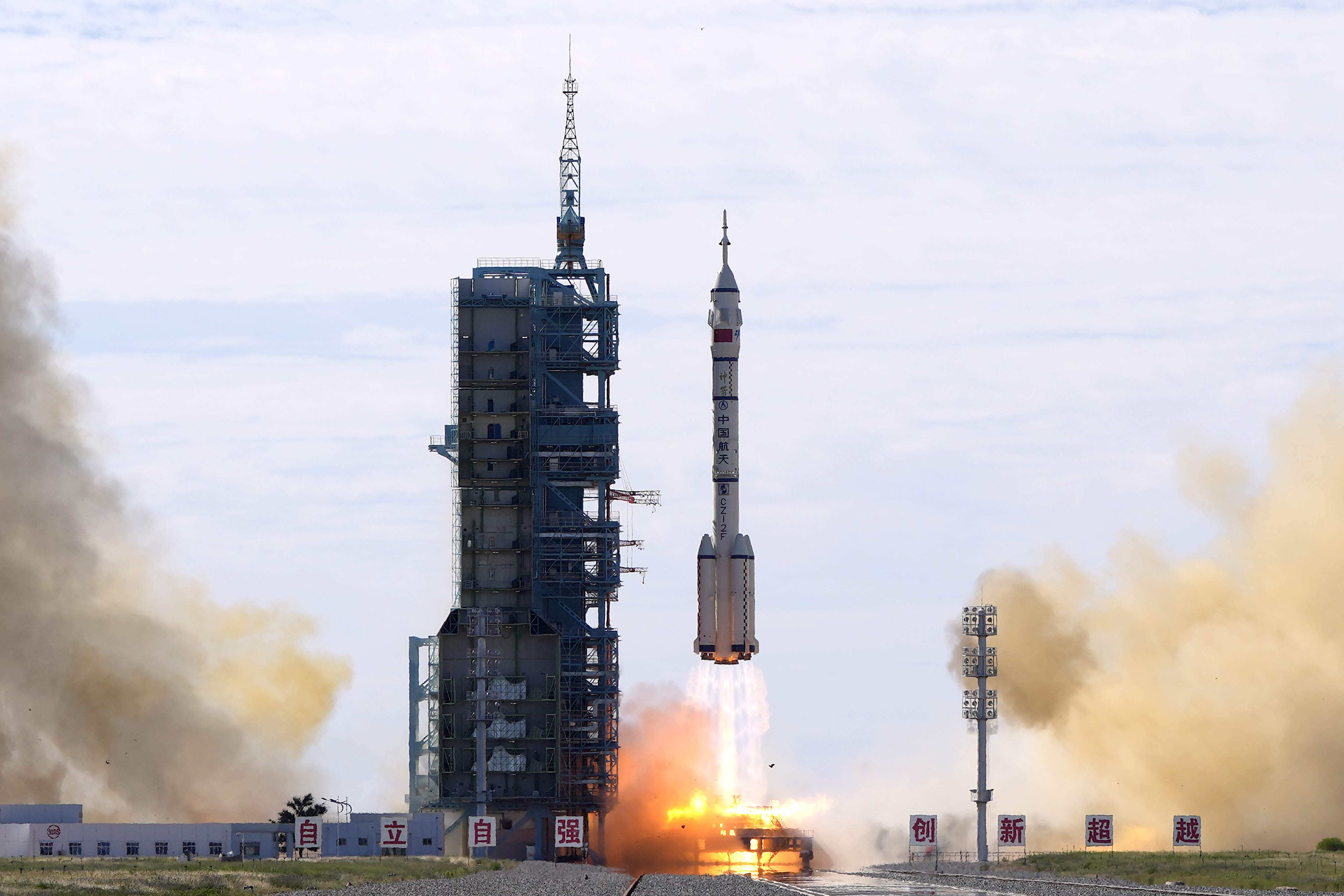 A Long March-2F Y12 rocket carrying a crew of Chinese astronauts in a Shenzhou-12 spaceship lifts off at the Jiuquan Satellite Launch Center in Jiuquan in northwestern China, Thursday, June 17, 2021. China has launched the first three-man crew to its new space station in its the ambitious programs first crewed mission in five years. (AP Photo/Ng Han Guan)

The astronauts, already wearing their spacesuits, were seen off by space officials, other uniformed military personnel and a crowd of children waving flowers and flags and singing patriotic songs. The three gave final waves to a crowd of people waving flags, then entered the elevator to take them to the spaceship at the Jiuquan launch center in northwestern China.

The astronauts are traveling in the Shenzhou-12 spaceship launched by a Long March-2F Y12 rocket that blasted off shortly after the target time of 9:22 a.m. (0122 GMT) with near-perfect visibility at the launch center on the edge of the Gobi Desert.

The two veteran astronauts and a newcomer making his first space flight are scheduled to stay three months in the Tianhe, or Heavenly Harmony, conducting experiments, testing equipment and preparing the station for expansion before two laboratory modules are launched next year.

The rocket dropped its boosters about two minutes into the flight followed by the coiling surrounding Shenzhou-12 at the top of the rocket. After about 10 minutes it separated from the rocket’s upper section, extended its solar panels and shortly afterward entered orbit.

About a half-dozen adjustments will take place over the next four to six hours to line up the spaceship for docking with the Tianhe at about 4 p.m. (0800 GMT), the mission’s deputy chief designer, Gao Xu, told state broadcaster CCTV.

The travel time is down from the two days it took to reach China’s earlier experimental space stations, a result of a “great many breakthroughs and innovations” Gao said.

“So the astronauts can a have a good rest in the space which should make them less tired,” Gao said.

Other improvements include an increase in the number of automated and remote-controlled systems that should “significantly lessen the pressure on the astronauts,” Gao said.

The mission brings to 14 the number of astronauts China has launched into space since its first crewed mission in 2003, becoming only the third country after the former Soviet Union and the United States to do so on its own. Two astronauts on those past missions were women, and while this first station crew is all male, women are expected to be part of future station crews.

The mission is the third of 11 planned through next year to add the additional sections to the station and send up crews and supplies. A fresh three-member crew and a cargo ship with supplies will be sent in three months.

China is not a participant in the International Space Station, largely as a result of U.S. objections to the Chinese programs secrecy and close military ties. However, China has been stepping up cooperation with Russia and a host of other countries, and its station may continue operating beyond the International Space Station, which is reaching the end of its functional life.

China landed a probe on Mars last month that carried a rover, the Zhurong, and earlier landed a probe and rover on the moon’s less explored far side and brought back the first lunar samples by any country’s space program since the 1970s.

After the Tianhe was launched in April, the rocket that carried it into space made an uncontrolled reentry to Earth, though China dismissed criticism of the potential safety hazard. Usually, discarded rocket stages reenter the atmosphere soon after liftoff, normally over water, and don’t go into orbit.

The rocket used Thursday is of a different type and the components that will reenter are expected to burn up long before they could be a danger, said Ji Qiming, assistant director of the China Manned Space Agency. 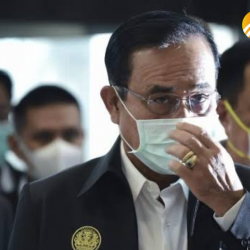 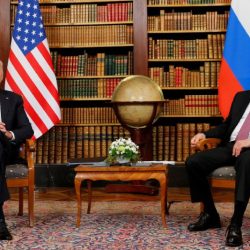