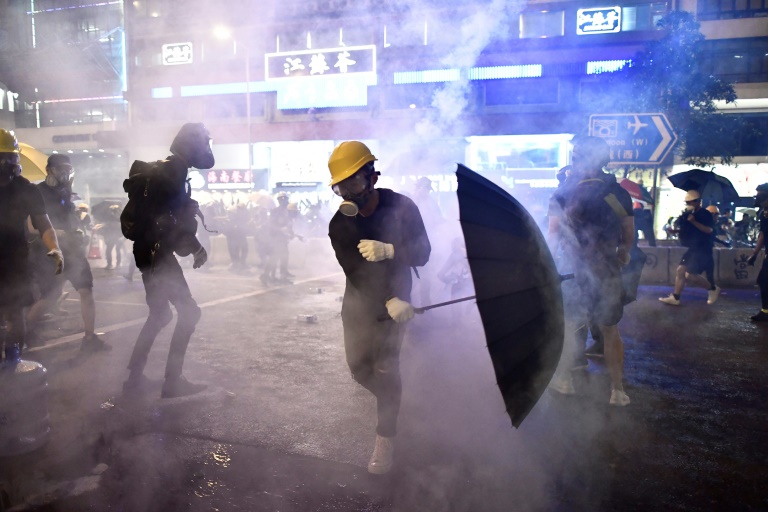 What began as a mass display of opposition to an extradition bill two months ago has morphed into a wider pro-democracy movement that has thrown down the most significant challenge to Beijing’s authority since the former British colony returned to Chinese rule in 1997.

While China has issued increasingly shrill condemnations of the protests in the last two weeks, it has largely left the city’s pro-Beijing administration to deal with the situation.

Protesters had braced for a potential backlash from Beijing after China’s top policy body on Hong Kong affairs called a rare press briefing on Monday.

But the cabinet-level Hong Kong and Macau Affairs Office merely reiterated its condemnation of the protests and Beijing’s “strong” support for Hong Kong chief executive Carrie Lam and the city’s police force, which has been accused of using excessive force against protesters.

Yang blamed the violence on a “few radicals” and said it “bumped into the bottom line” of the “one country, two systems” principle that governs the financial hub.

Another spokeswoman, Xu Luying, added: “We also believe that Hong Kong’s top priority task right now is to punish violent and unlawful acts in accordance with the law, to restore social order as soon as possible, and to maintain a good business environment.”

Last week, the defence ministry pointed to a Hong Kong garrison law under which the Chinese army could be deployed if city authorities requested support to maintain “public order”. When asked under which pre-conditions the military could be deployed, Yang referred to the city’s basic law, without elaborating.

Jimmy Sham from the Civil Human Rights Front, one of the groups organising protests, told reporters the press conference “just wasted 40 minutes of the Hong Kong people’s time”, adding Lam should have been sacked for “neglecting her duty and causing extreme chaos”.

In an editorial on Monday, the state-run China Daily newspaper signalled Beijing’s growing concern, saying: “What is happening in Hong Kong is no longer the airing of real or imagined grievances.”

– Another weekend of violence –

Pro-democracy protesters fought a second consecutive day of running battles with police on Sunday evening in a well-heeled residential district of Hong Kong, in some of the most sustained scenes of violence witnessed so far.

The clashes took place close to the Liaison Office, which represents Beijing in the semi-autonomous territory.

In a statement early Monday, police said 49 “radical protesters” had been arrested for a variety of offences on Sunday saying the crowds were getting “increasingly violent”.

Sustained volleys of tear gas and rubber bullets arced through the air to clear the streets with elite units known as “Raptor” squads arresting those left behind, almost all of them young men and women.

The gangs had beaten up pro-democracy demonstrators there the previous weekend, with at least 45 people taken to hospital.

Despite facing unprecedented levels of public anger and millions taking to the streets, the city’s leadership have appeared unable, or unwilling, to end the chaos.

The demonstrations were triggered by a bill — now suspended — that would have allowed extraditions to mainland China, but have evolved into a call for wider democratic reforms and a halt to eroding freedoms.

In a direct challenge to Beijing, the protesters have seized opportunities to target and deface symbols of China’s sovereignty over Hong Kong.

Pro-democracy lawmaker Claudia Mo said the city was now trapped in a “vicious cycle” where huge peaceful marches that have been ignored by the government end with violence between police and small groups of hardcore protesters. 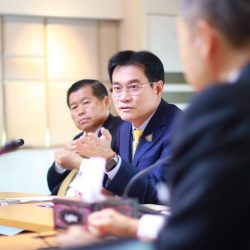 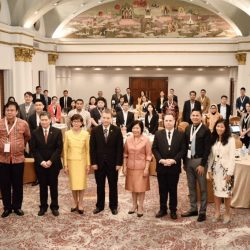