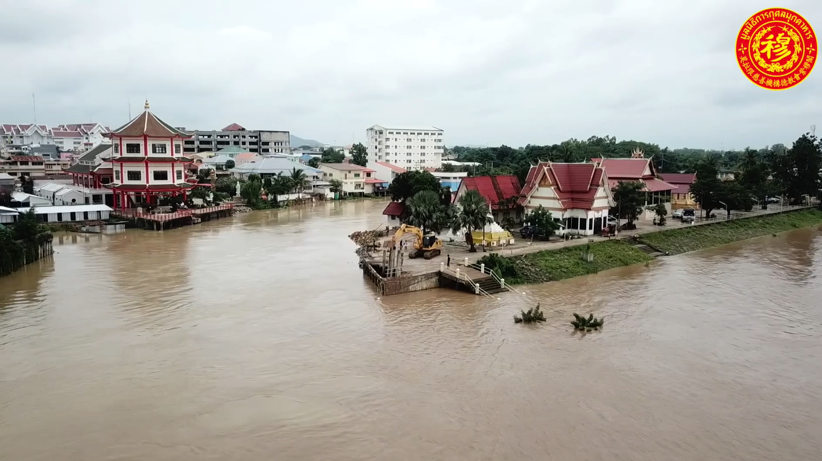 In Chiang Rai, water in the Mekong River has kept rising. The water level in front of the Chiang Saen district office on Monday morning was 6.98 metres above the mean sea level, 68 centimetres higher than yesterday. 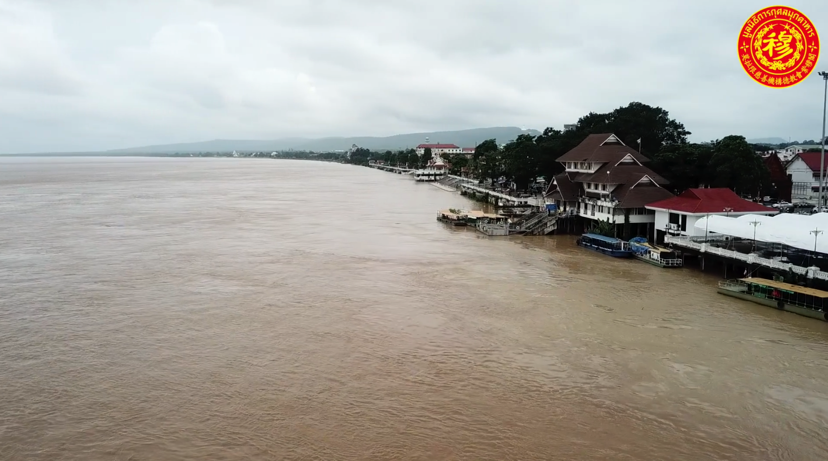 Water was reported to have flowed over some sections of the river bank in Wiang Kaen, Chiang Khong, Chiang Saen and Wiang Kaen districts and flooded many homes and government offices.

Tassanai Suthapol, the Chiang Khong district chief, called an urgent meeting of local administration officials to keep the situation under watch and prepare to implement the flood evacuation plan. Villages on mountain slopes were told to specially watch for possible landslides.

Mr Tassanai blamed the rising water in the Golden Triangle area on heavy rain and water discharged from the Jinghong dam in China.

In Mukdahan, governor Paithoon Rakprathet on Monday morning examined water in the Mekong River and found it was measured 12.32m above the MSL, about 18cm below the spill-over point as water will overflow the bank when the water level is 12.50m high.

Traders in the reiverside Indochina Market have been told to move their merchandises to high grounds.