Road checkpoints have been moved from main highways to secondary roads, leading to communities where New Year countdown celebrations are to take place tonight, in a bid to reduce road accidents.

Mr. Witthawan Sunthornkachit, director-general of Probation Department, and spokesman for the Centre to Prevent and Reduce Road Accidents during the New Year festival, said today (Tuesday) that, since most travellers have already arrived at their destinations and are expected to join the countdown celebrations in their communities, it is necessary to move the checkpoints.

Other measures include stricter control on alcohol outlets, to prevent sales to those under age, as well as strict enforcement of crash helmet laws.

A total of 485 road accidents were reported across the country on Monday, resulting in 48 deaths and 484 people being injured, bringing the total number of dead to 208 and injured to 2,031 so far during the seven dangerous travel days.  Drunk driving accounted for 33.20% of the accidents and 81.76% of the accidents involved motorcycles.

Chiang Mai province had the highest number of road accidents in the four days at 61, while Bangkok has the highest death toll at 11.

Mr. Monthon Soodprasert, director-general of Public Disaster Prevention and Mitigation Department, has urged members of the public to join yearend prayers to receive blessings for themselves, their loved ones and friends. This act alone, he said, might help to reduce the road carnage. 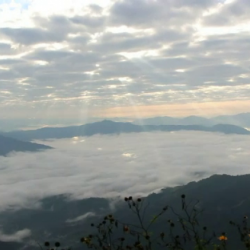 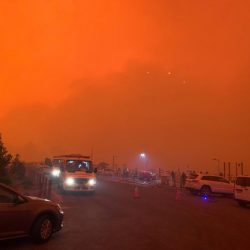