Thanathorn and nine other defence witnesses are lined up to be questioned by the judges today.  A court official said they expect to complete the questioning of all ten witnesses today, but, if this is not possible, another inquiry session would be scheduled.

Before the inquiry session began, Thanathorn told the media that he is confident that he is innocent and claimed that there has not been any credible evidence produced to prove that he owned the media shares at the time he registered his candidacy in the March 24th general election.

Local and foreign media, as well as officials from European embassies were present in the courtroom to observe the proceedings.

The media shareholding case against Thanathorn was raised with the Election Commission by political activist Srisuwan Janya in April this year, who sought an investigation and subsequent ruling on the parliamentary status of the Future Forward party leader. The EC found the case had merit and referred the case to the Constitutional Court for consideration.

According to Isara news agency, Thanathorn and his wife transferred 900,000 shares in V Luck Media Company, worth about nine million baht, to his mother Mrs. Somporn three days before the election, but Thanathorn claims the transfer was actually on January 8th, one month before his registration. 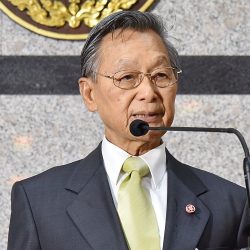 Thai MPs told not to discard garbage in the parliament chamber 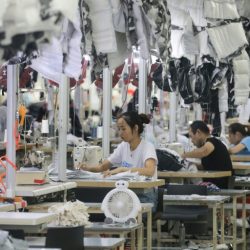 China's growth slows to 6% in third quarter, weakest in 27 years