Government and opposition whips have agreed to conclude the censure debate at 7pm on Thursday night, with the MPs and cabinet ministers being instructed to keep their speeches concise to avoid further protests.

Opposition chief whip Suthin Klangsaeng said Tuesday night that the Opposition now has 31 hours left to speak while the Government has just 10 hours, adding that if either sides’ time is used up, its MPs or cabinet ministers will have no right to speak further.

The 41 hours of time for debate by both the Government and Opposition does not include the extra two hours reserved for both sides to make their closing statements.

Suthin said that, besides the allocation of the debating time, ministers grilled by opposition MPs can defend themselves only when necessary and must notify the prime minister periodically about how much time is left for the Government.

The opposition chief whip has ruled out any possibility that the Government will cut the debate short, noting that the Constitution specifies clearly that the debate must end according to the process.

Government chief whip Wirat Rattanaseth said he is satisfied with the censure debate over the past two days, adding that Prime Minister Prayut Chan-o-cha had done his job properly in responding to the Opposition’s allegations.

He thanked the Opposition for allowing the Prime Minister the opportunity to reply to their challenges in full.  He expressed hope that the good atmosphere in parliament over the past two days persists until the conclusion of the censure debate. 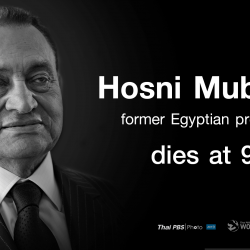 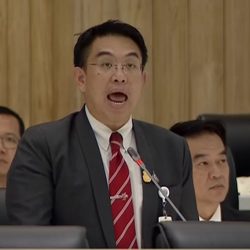