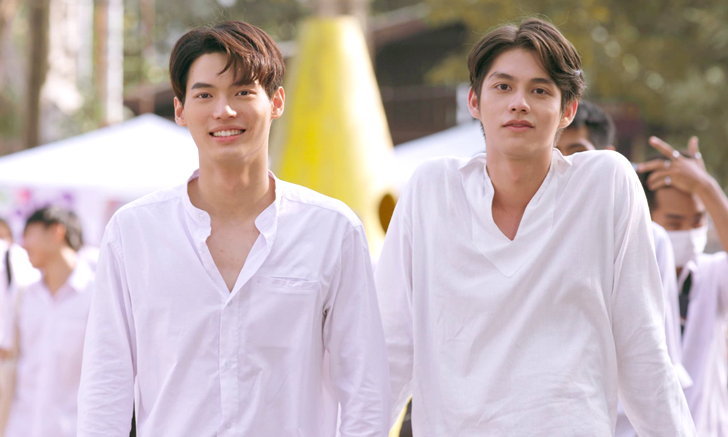 Several Thai celebrities have voluntarily cancelled their shows, undergone COVID-19 tests and isolated themselves for 14 days, after they learned about the growing Thonglor COVID cluster.

GMMTV entertainment company has issued a statement, saying that all its entertainers, who were in close contact with those infected, have been instructed to take a test for COVID-19 and then to self-quarantine for 14 days.  All their programs and shows have been cancelled. 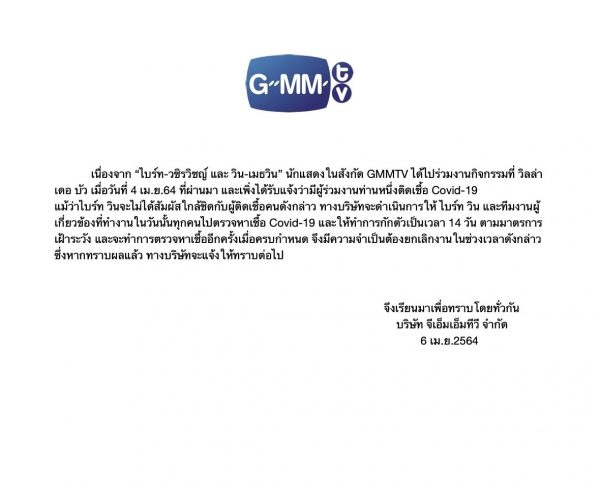 Two entertainers, Bright Vachirawich and Win Metawin, said that they took part in a show at the Villa De Bua pub on April 4th and,when they learned that one of the patrons was infected, they and their staff went for tests and isolated themselves for 14 days, adding that they will take a second test as scheduled.

Veteran actress Duantem Saleetul said in her Instagram post that she has taken a test and is waiting for the result at home, after she learned that a staff member tested positive for the virus on March 28th.

Meanwhile, Bangkok Governor Aswin Kwanmuang said on Monday night that he has ordered all district chiefs to close, for three days, any entertainment venue which does not strictly follow the safety guidelines.

On Monday, the Bangkok disease control committee ordered the closure of all entertainment venues in Watthana, Khlong Toei and Bang Khae districts until April 19th, to control the spread of infections from the Thonglor cluster, which have already reached at least eight provinces.

The governor said that, as of yesterday, 163 people linked to Thonglor entertainment venues are infected, out of 1,177 people being screened, with the results of 720 tests still pending.

Commenting on the proposal by the Public Health Ministry to designate Bangkok as a Red zone, which means all eateries must close at 9pm with no alcohol served, the governor said that City Hall is ready to enforce the tough restriction, once it is approved by the CCSA.

City Hall’s health office will provide free vaccinations at Wat That Thong today to 300 people linked to entertainment venues and 600 people a day for three more days at the Saenttip sports facility in Pridi Banomyong Soi 2. 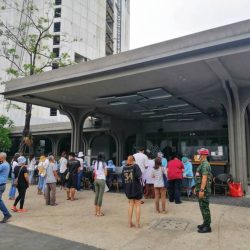 250 new COVID-19 cases recorded on Tuesday, including 156 cases in Bangkok 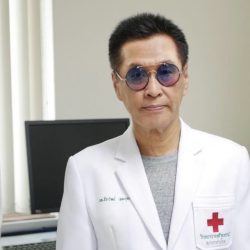