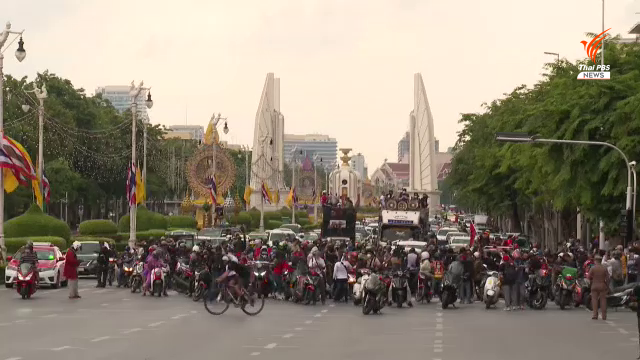 The protesters, most of them riding motorcycles and in cars, first converged on the Democracy Monument at about 1pm, before moving to the head offices of coalition parties, namely the Democrats, Palang Pracharat, Bhumjaithai and Palang Prachachart Thai, to demand that they withdraw from the ruling coalition. 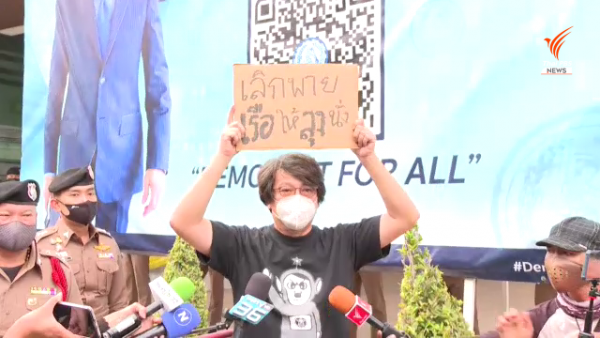 In a letter, addressed to the Democrat Party, the protesters accused the government of incompetence in addressing the COVID-19 pandemic, resulting in serious damage to the economy and suffering for the people.

In front of the Palang Pracharat office, the core party of the coalition government, the protesters poured tapioca flour on the ground and presented two bags of it to party officials, in a political gesture that indicates the party is unfit to be the core party due to the tainted backgrounds of some key party members. 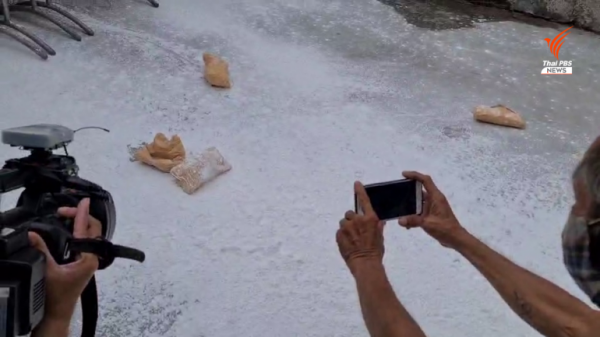 Then the protesters moved on to offices of the Bhumjaithai party, to read a statement urging the party to quit the government.

At about 4pm, the protesters moved to the Central World shopping mall in the Ratchaprasong area, to join the “Thai Mai Thon” (Impatient Thais) anti-government protesters, completely blocking the road as far as the Pratunam intersection.

The “car mob” protesters dispersed at about 4.30pm. 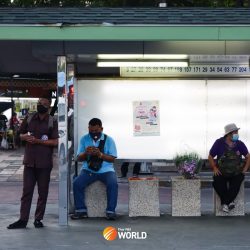 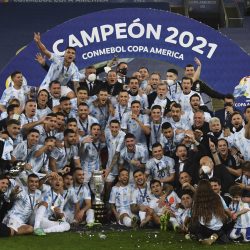