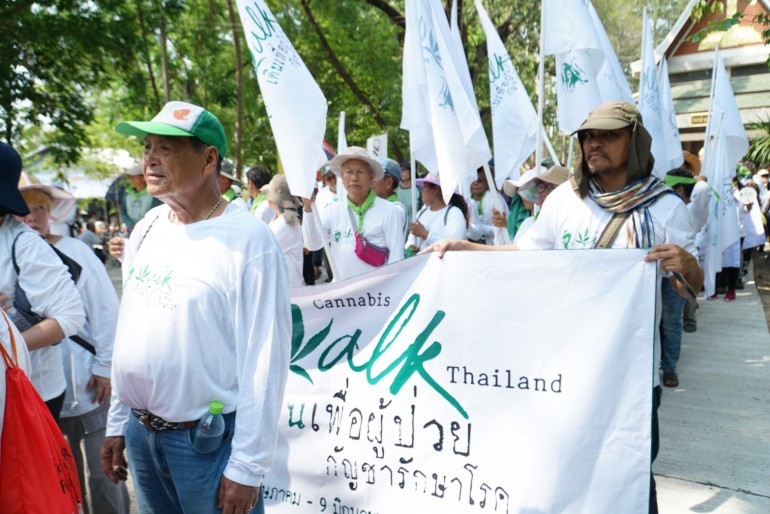 Campaigners for easier access to medicinal cannabis began their 268km “Cannabis Walk Thailand” today at Wachiraphotiyarn Monastery in the northern province of Phichit. The march will end at Wat Bang Pla More in the central province of Suphan Buri and is to highlight their demand for cannabis to be removed from the list of narcotic drugs and treated as medicinal herb.

The long march is being organized by 11 civic groups and is led by Mr. Decha Siripat, president of the Khao Kwan foundation, who has spent many years researching cannabis for medical use and whose foundation has distributed free cannabis extracts to many patients.

He was recently released from police custody after civic groups applied pressure to the government, citing that cannabis and cannabis extracts found at the foundation were meant for patients.

Before the march today, Mr. Decha said that the government’s recent amnesty, for people in possession of cannabis or cannabis products to declare them to the authorities so they may keep them for medical purposes with impunity, is too restrictive and renders as impossible the chance for many people to have legal access to medicinal cannabis.

As far as the Khao Kwan foundation is concerned, he said that his foundation can, at most, distribute medicinal cannabis produced by the foundation to only 10,000 people a year, whereas the number of people who want the medication is as high as two million a year.

He added that the campaign was also intended to help people understand that cannabis is not a narcotic, as widely misunderstood, but it has medical qualities to treat several illnesses if used properly.

Also, medicinal cannabis is a cheaper alternative in some cases and can save the country a huge amount currently spent on imported medicines each year, said Decha.

Meanwhile Mr. Vitoon Lienchamroon of the Bio Thai foundation, who joined the march, urged members of the public to join as well, or undertake other activities, such as seminars and lectures, to be staged during breaks in the march. 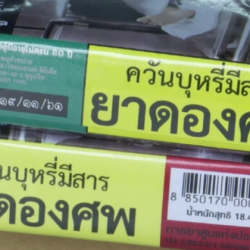 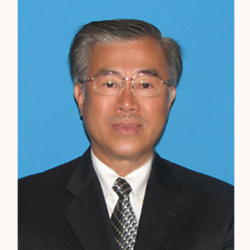