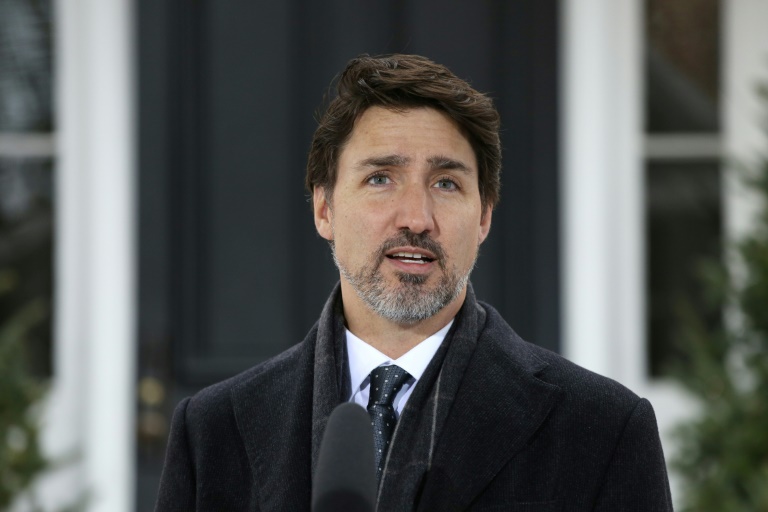 “These weapons were designed for one purpose, and one purpose only: to kill the largest number of people in the shortest amount of time,” Trudeau told a news briefing.

He said his government has approved a decree banning the sale, purchase, use, transport and import of 1,500 models of military-grade assault weapons and their variants.

“There is no use, and no place for such weapons in Canada,” Trudeau said.

The killing spree began on the night of April 18 in Nova Scotia and led to a 13-hour manhunt for the shooter, who was eventually shot dead by police.

Authorities have said the assailant — identified as 51-year-old denturist Gabriel Wortman — was wearing a police uniform, driving a mock police car, and had several guns with him including at least one assault-style weapon.

“For many families, including indigenous people, firearms are part of traditions passed down through generations, and the vast majority of gun owners use them safely, responsibly, and in accordance with the law, whether it be for work, sports shooting, for collecting or for hunting,” Trudeau said.

Mass shootings are less common in Canada than in the United States “but the heartbreaking truth is, they’re happening more often than they once did,” the prime minister said.

“Events like the recent tragedy in Nova Scotia, the attack in 2017 at the Centre Culturel Islamique de Quebec and the massacre that took place in 1989 at Ecole Polytechnique de Montreal should never have happened,” he continued.

On January 29, 2017, a man known for his far-right, nationalist sympathies opened fire on worshippers praying at the Quebec City mosque, killing six people and seriously injuring several others.

And on December 6, 1989, a 25-year-old man claiming to be an “anti-feminist” burst into classrooms at Montreal’s Ecole Polytechnique armed with a gun and a knife and shot exclusively at women, killing 13 female students and a secretary.

That tragedy, at the time unprecedented in Canada, led to the creation in 1995 of a mandatory gun registry.

But it was abolished for hunting guns in 2012 by then-premier Stephen Harper’s Conservative government.

Trudeau made banning assault weapons part of his campaign for elections that brought him to power in 2015. And he repeated the pledge while campaigning for the October 2019 elections in which he won another term.

Nearly four of five Canadians back such a ban, according to an Angus Reid poll released Friday.

But division on the issue between urban and rural elected officials within Trudeau’s Liberal party had led him to stall until now.

“Taking firearms away from law-abiding citizens does nothing to stop dangerous criminals who obtain their guns illegally,” he said, pointing out that the Nova Scotia gunman did not have a firearms license, meaning all of his guns were illegal.

“Nothing the Trudeau Liberals announced today addresses this problem,” he said.

Trudeau said there will be a two-year amnesty for people who currently own assault-style weapons to protect them from liability, and Parliament will eventually pass legislation to compensate them for turning in their guns — though survivors of previous shootings have expressed concern that the buy-back program may not be mandatory.

Ottawa says there are currently more than 100,000 guns in circulation in Canada which would fall under the new prohibitions.

Among the weapons now banned are the Ruger Mini-14, used in the Polytechnique tragedy; the VZ 58 rifle, used in Quebec; and the M16, AR-10 and AR-15 rifles.

The latter three models have been used over the past decade to carry out the devastating Sandy Hook, Las Vegas and Orlando mass shootings in the United States and the Christchurch massacre in New Zealand.

WHO says virus 'natural in origin' 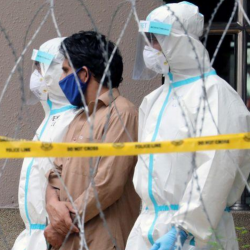