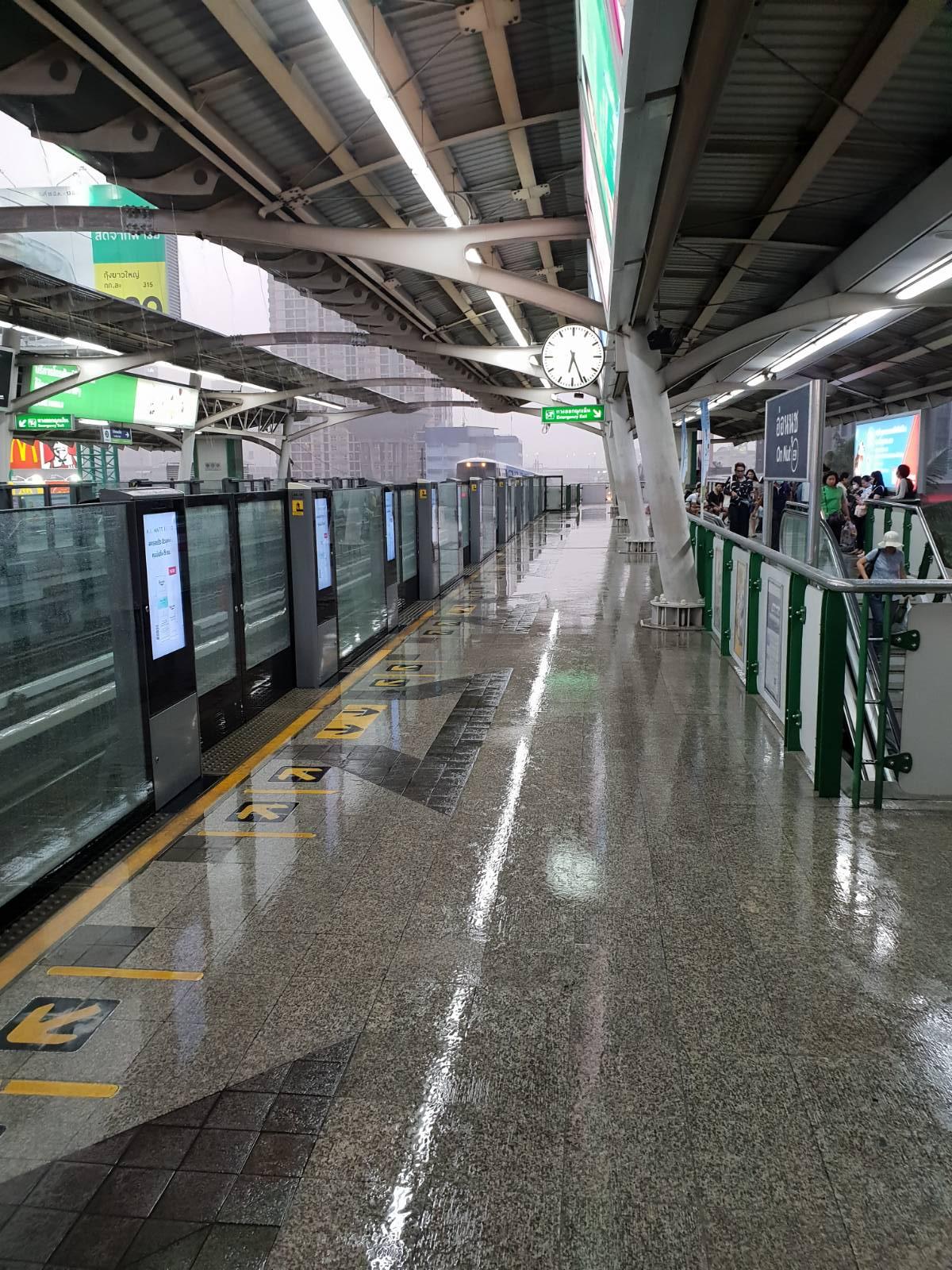 Bangkok and its suburbs were battered by a heavy, but seasonal thunderstorm on Tuesday afternoon. The rains brought with them the usual traffic chaos during the rush evening hour.

Those trying to avoid the jams by using the BTS were greeted with a request, from the station announcer, that open umbrellas should not be taken into the stations or onto the platforms. The request was greeted with consternation from their customers, who cited the open platforms and leaking roofs of the BTS system as the reasons why umbrellas are badly needed.

A BTS public relations officer told Thai PBS World that the reason passengers cannot open their umbrellas on the platforms is for safety, because they could be dropped into the tracks, be hit by a moving train or scratch the train’s compartment.

Six buses were damaged by an advertising hoarding, near Vibhavadi Soi 72, when it was blown down by  strong winds. 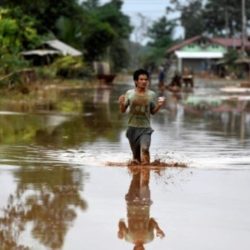 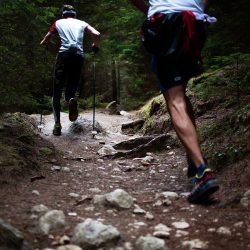