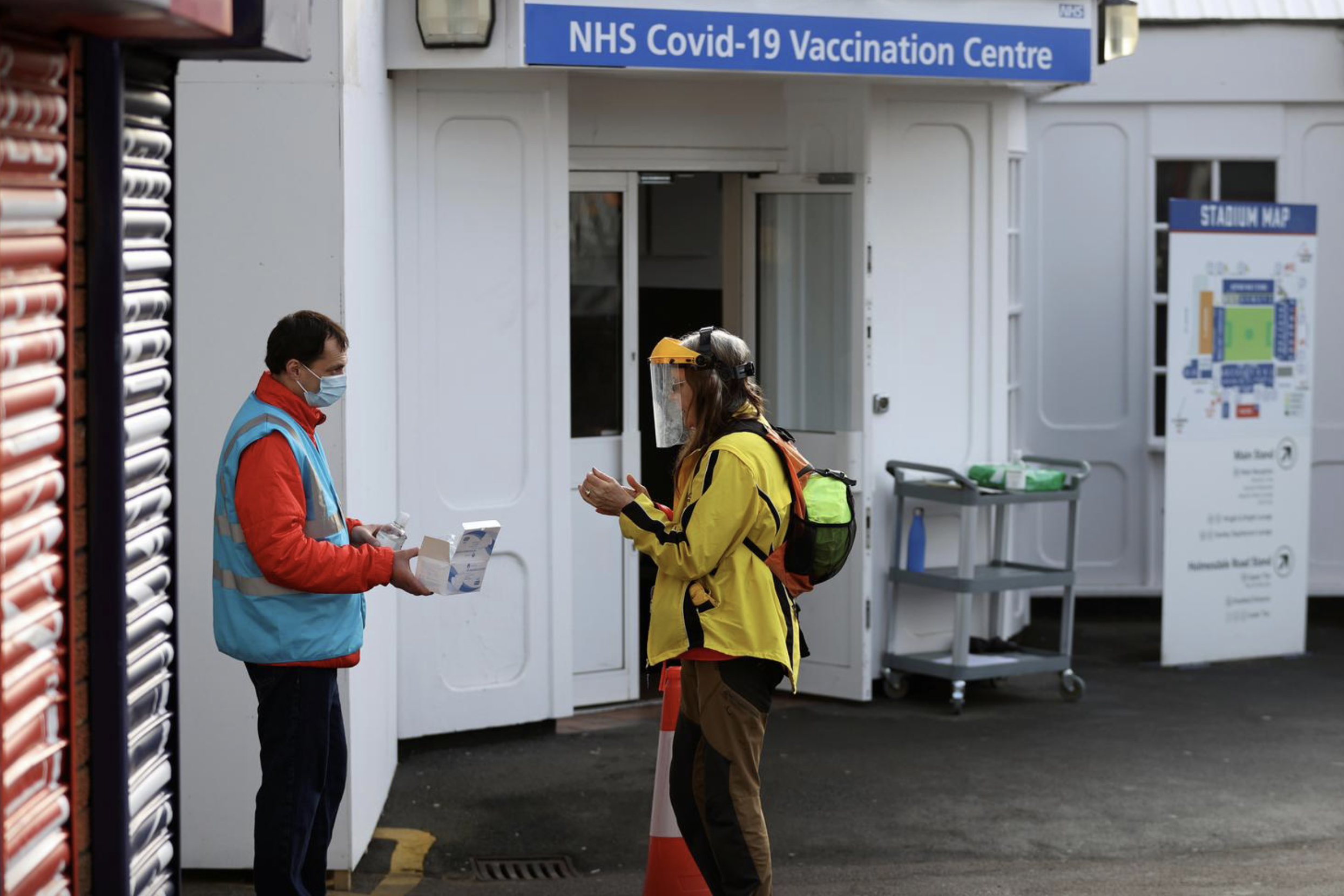 A woman is given hand sanitizer as she waits to receive the COVID-19 vaccine at Crystal Palace Football Club Vaccination Centre, amid the outbreak of the coronavirus disease (COVID-19) in London, Britain February 4, 2021. REUTERS/Hannah McKay

While thousands of individual changes have arisen as the virus mutates on replication and evolves into new variants, only a tiny minority are likely to be important or change the virus in an appreciable way, according to the British Medical Journal.

Among coronavirus variants currently most concerning for scientists and public health experts are the so-called British, South African and Brazilian variants, which appear to spread more swiftly than others.

British Vaccine Deployment Minister Nadhim Zahawi said current COVID-19 vaccines would probably still protect people against infection with the new variants, but this would need to be closely monitored.

“Its very unlikely that the current vaccine won’t be effective on the variants … especially when it comes to severe illness and hospitalisation,” Zahawi told Sky News.

“All manufacturers, Pfizer-BioNTech, Moderna, Oxford-AstraZeneca and others, are looking at how they can improve their vaccine to make sure that we are ready for any variant – there are about 4,000 variants around the world of COVID now.”

Ravi Gupta, a professor of microbiology at Cambridge University, said Zahawi had misspoken and was referring to individual mutations, not variants.

“The number of mutations has little actual relevance as many mutations emerge and disappear continuously,” Gupta said. “Scientists are using ‘variants’ to describe viruses with mutations that are transmitting in the general population – there aren’t 4,000 of those.”

The so-called British variant, known as VUI-202012/01 or B.1.1.7., has mutations including a change in the spike protein that the coronavirus uses to bind to the human ACE2 receptor – meaning that it is probably easier to catch.

“We have about 50% of the world’s genome sequencing industry, and we are keeping a library of all the variants so that we are ready to respond – whether in the autumn or beyond – to any challenge that the virus may present and produce the next vaccine,” Zahawi said.

The COVID-19 pandemic has killed 2.268 million people worldwide since it emerged in China in late 2019, according to a Reuters tally.

Israel is currently far ahead of the rest of the world on vaccinations per head of population, followed by the United Arab Emirates, the United Kingdom, Bahrain, the United States and then Spain, Italy and Germany.

Britain on Thursday launched a trial to assess the immune responses generated if doses of the vaccines from Pfizer and AstraZeneca are combined in a two-shot schedule. Initial data on immune responses is expected to be generated around June.

The trial will examine the responses to an initial dose of Pfizer vaccine followed by a booster of AstraZeneca’s, as well as vice versa, with intervals of four and 12 weeks.

The British researchers behind the trial said data on vaccinating people with the two different types of vaccine could help understanding of whether shots can be rolled out with greater flexibility, and might even increase immunity.

Matthew Snape, an Oxford vaccinologist who is leading the trial, said mixing different shots had proven effective in Ebola vaccine schedules, and though the new trial mixed vaccine technologies, it could also work.

“Ultimately, it all comes down to the same target – cells making the spike protein – just using different platforms,” he told reporters.

“For that reason we do anticipate that we’ll generate a good immune response with these combinations.”

Public Health England’s head of immunisation, Mary Ramsay, said there was a lot of precedent for such work, as vaccines against Hepatitis A and B were interchangeable from two different manufacturers, and similar work has been undertaken for human papillomavirus (HPV). 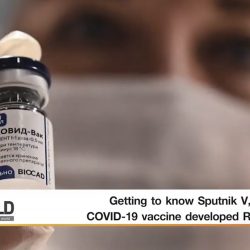 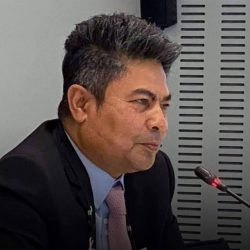