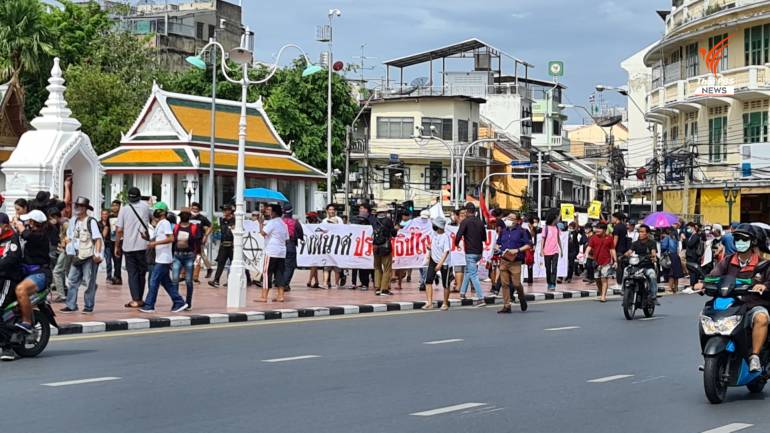 A brief commotion occurred in front of the Samranrat police station in Bangkok on Friday morning when a leader of the anti-establishment protesters marched from the October 14th Memorial to the station to acknowledge charges filed by the police.

The leader, Chatupat Boonpatthararaksa, alias Pai Daodin, has been charged over matters relating to his role in the protest on July 18th at the Democracy Monument.

On Thursday night, the protesters issued five demands as they, for the first time, stayed overnight at the October 14th Memorial on the Rajdamnoen Avenue.

The demands include an end to all forms of alleged harassment of protesters by government officials, that all senators quit at the end of September, the dissolution of Parliament, reform of the Thai Monarchy and that the senators must be elected in a plebiscite.