US President Joe Biden is set to discuss volatile oil prices during a summit with Arab leaders on Saturday in Saudi Arabia, the final stop of his Middle East tour.

The meeting in Jeddah, Saudi Arabia’s second city on the Red Sea coast, will bring together leaders of the six-member Gulf Cooperation Council as well as Egypt, Jordan and Iraq.

Biden landed Friday in Saudi Arabia, a longtime US ally he once vowed to make a “pariah” over its human rights record, and met with King Salman, de facto ruler Crown Prince Mohammed bin Salman and other top Saudi officials.

Biden now appears ready to re-engage with a country that has been a key strategic ally of the United States for decades, a major supplier of oil and an avid buyer of weapons.

Washington wants the world’s largest exporter of crude to open the floodgates to bring down soaring gasoline prices, which threaten Democratic chances in November mid-term elections.

– Human rights –
But Jake Sullivan, Biden’s national security adviser, tamped down expectations of immediate progress while speaking with reporters on the flight to Jeddah.

“I don’t think you should expect a particular announcement here bilaterally,” he said.

“We believe any further action taken to ensure that there is sufficient energy to protect the health of the global economy will be done in the context of OPEC+,” Sullivan said, referring to the wider bloc of oil producers.

The summit will enable Biden to “lay out clearly and substantively his vision and his strategy” for US engagement in the Middle East, he added.

Biden said his trip “is about once again positioning America in this region for the future.

“We are not going to leave a vacuum in the Middle East for Russia or China to fill,” he insisted.

Biden was under pressure to discuss the cases of Khashoggi as well as Saudis detained under what critics of Prince Mohammed described as a far-reaching crackdown on dissent.

Late Friday, Biden said he raised Khashoggi’s killing “at the top of the meeting” with Prince Mohammed and “made it clear if anything occurs like that again they will get that response and much more”.

While in Israel he told reporters his motives for visiting Saudi Arabia were “broader” than human rights.

“My views on Khashoggi have been absolutely, positively clear, and I have never been quiet about talking about human rights.”

– Israeli ties –
Such comments disappointed relatives of detained Saudis, including some with US citizenship.

“I don’t feel very optimistic about the visit only because past incidents prove that the powers that be in Saudi can do whatever they want and there are no consequences,” said Sarah al-Haider.

Her brother, US citizen Salah al-Haider, was held for nearly two years on suspicion of terrorism-related crimes and remains under a travel ban despite being released last year.

Also Friday, dozens of British and US lawmakers urged Biden to discuss Egypt’s “extensive architecture of repression” in talks with his Egyptian counterpart Abdel Fattah al-Sisi.

White House officials have used the trip as a bid to promote integration between Israel and Arab nations.

The issue of the strategic Red Sea islands of Tiran and neighbouring Sanafir is also expected to be on Saturday’s agenda.

Egypt ceded the islands in 2016 to Saudi Arabia, but the deal requires Israel’s green light — a move that could spur contacts between the Jewish state and Riyadh.

Biden said Friday that a decades-old multinational peacekeeping force, including US troops, would leave Tiran, with the White House adding they would depart by the end of the year.

Saudi Arabia has refused to join the US-brokered Abraham Accords which in 2020 created ties between Israel and two of the kingdom’s neighbours, the United Arab Emirates and Bahrain.

Riyadh has repeatedly said it would stick to the decades-old Arab League position of not establishing official ties with Israel until the conflict with the Palestinians is resolved.

But it is showing signs of greater openness towards Israel, and on Friday announced it was lifting overflight restrictions on aircraft travelling to and from Israel, a move Biden hailed as “historic”. 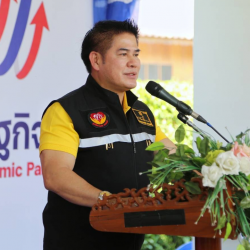