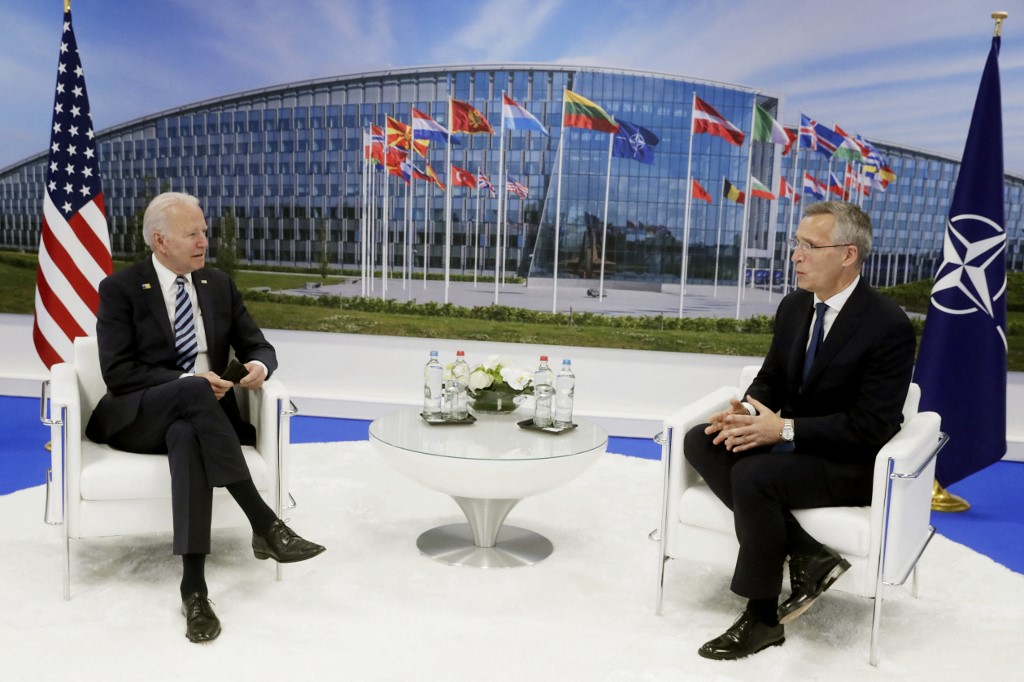 US President Joe Biden (L) and NATO Secretary General Jens Stoltenberg (R) meet during a NATO summit at the North Atlantic Treaty Organization (NATO) headquarters in Brussels on June 14, 2021. – The 30-nation alliance hopes to reaffirm its unity and discuss increasingly tense relations with China and Russia, as the organization pulls its troops out after 18 years in Afghanistan. (Photo by Stephanie LECOCQ / POOL / AFP)

US President Joe Biden warned Monday that NATO must adapt to new challenges posed by China and Russia as he met fellow leaders to renew Washington’s “sacred” bond with its allies.

Arriving at NATO headquarters in Brussels for a summit with his 29 counterparts, Biden stressed that the alliance was “critically important” to US security.

His first visit as president to the summit has been billed as a renewal of bonds after his predecessor Donald Trump called the US commitment into question.

But it is also a moment to renew priorities and strategies for dealing with Moscow and Beijing, novel threats, and NATO’s hasty withdrawal from Afghanistan after years of conflict.

“I think that there is a growing recognition over the last couple of years that we have new challenges,” Biden told NATO Secretary General Jens Stoltenberg at bilateral talks ahead of the main summit.

“We have Russia that is not acting in a way that is consistent with what we had hoped, as well as China,” he said.

“I want to make it clear: NATO is critically important for US interests in and of itself. If there weren’t one, we’d have to invent it,” he said.

And he stressed once again that Article 5 of the NATO treaty — the obligation of members to defend one another, once called into question by Trump — was a “sacred obligation”.

The allies were due to agree a statement stressing common ground on securing their withdrawal from Afghanistan, joint responses to cyber attacks and the challenge of a rising China.

“We’re not entering a new Cold War and China is not our adversary, not our enemy,” Stoltenberg told reporters as he arrived at NATO headquarters ahead of the leaders.

“But we need to address together, as the alliance, the challenges that the rise of China poses to our security.”

Looming large at the summit is also the scramble to complete NATO’s hasty withdrawal from Afghanistan after Biden surprised partners by ordering US troops home by September 11.

France’s President Emmanuel Macron met one-on-one with his Turkish counterpart and fellow ally Recep Tayyip Erdogan ahead of the summit, and Biden was due to meet him later.

On the table will be Ankara’s offer to secure Kabul airport after NATO troops leave — but also concerns in other capitals about Turkey’s own aggressive regional policy.

In contrast to Trump, Biden has firmly reasserted American backing for the 72-year-old military alliance — and his administration has been making a show of consulting more with partners.

“I welcome the fact that we have a president of the United States who is strongly committed to NATO, to North America and Europe, working together in NATO,” Stoltenberg said.

But there remain divisions among the allies on some key issues — including how to deal with China’s rise and how to increase common funding.

Partners are concerned about the rush to leave Afghanistan and some question the strategy of an alliance that Macron warned in 2019 was undergoing “brain death”.

Other leaders arriving for the talks dismissed this phrase, but European leaders stressed that they did not want to be drawn into a US confrontation with China at the cost of focusing on Russia.

The summit at NATO’s cavernous Brussels headquarters is set to greenlight a 2030 reform programme.

The leaders will agree to rewrite the core “strategic concept” to face a world where cyber attacks, climate change, and new technologies pose new threats.

Moscow’s 2014 seizure of Crimea gave renewed purpose to NATO and fellow leaders will be keen to sound Biden out ahead of his Wednesday meeting with Russian President Vladimir Putin.

On China, Biden is picking up from where Trump left off by getting NATO to start paying attention to Beijing and is pushing for the alliance to take a tougher line.

But National Security Adviser Jake Sullivan, briefing reporters from Air Force One, played down how big a part this would play in the statement. “The language is not going to be inflammatory,” he said.

As NATO looks to the future, it is putting one of its most significant chapters behind it by ending two decades of military involvement in Afghanistan.

Allies are patching together plans to try to avert a collapse of Afghan forces when they leave and figuring out how to provide enough security for Western embassies to keep working.

Ankara has offered to secure the airport, but insists it would need American support.

Stoltenberg said that NATO would continue to fund Afghan forces, train them abroad and provide civilian support to the government once the military mission has ended.

And he added, “also some NATO allies are now in direct dialogue, including the United States and Turkey and others, on how to make sure that we can maintain an international airport in Kabul.”

Stoltenberg said allies are expected to sign off on a new cyber defence policy and to create a fund to help start-ups developing groundbreaking technology.

They look set also to rule for the first time that an attack on infrastructure in space — such as satellites — could trigger the bloc’s collective self-defence clause. 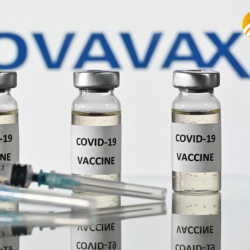 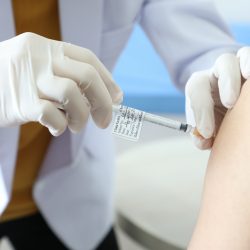