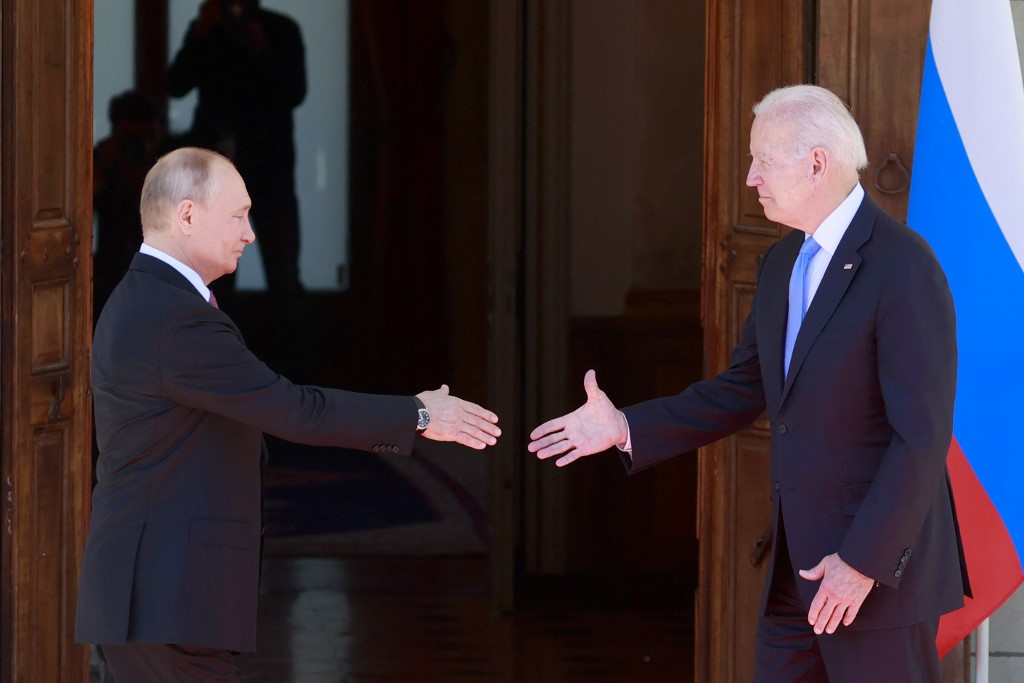 Russian President Vladimir Putin (L) shakes hands with US President Joe Biden prior to their meeting at the ‘Villa la Grange’ in Geneva on June 16, 2021. (Photo by DENIS BALIBOUSE / POOL / AFP)

US President Joe Biden and his Russian counterpart Vladimir Putin shook hands in Geneva on Wednesday at the start of their first summit, with both men striking an upbeat tone.

The two men greeted each other after standing with their host, Swiss President Guy Parmelin, outside the La Grange villa overlooking Lake Geneva, where they are set to meet for up to five hours — with cyber-attacks, election meddling and rights abuses among the many contentious issues on the agenda.

Sitting in the plush villa’s renowned library, on either side of a globe and with their respective flags behind them, the two leaders exchanged a few cordial remarks before the accompanying journalists were asked to leave.

Putin thanked Biden “for your initiative to meet today.”

“The US and Russian relations have a lot of issues accumulated that require the highest-level meeting,” he said, adding: “I hope that our meeting will be productive.”

Biden, who not only took the initiative for the summit itself but also for that first handshake, smiled and said: “It is always better to meet face to face”.

Before the discussions began, Parmelin told the pair that it was “an honour and a pleasure for Switzerland to host you here for this summit, and in accordance with its tradition of good offices, promote dialogue and mutual understanding.”

“I wish you both presidents a fruitful dialogue in the interests of your two countries and the world.” 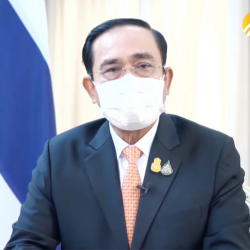 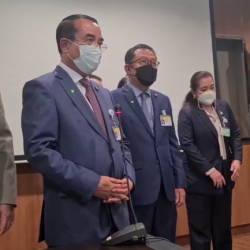