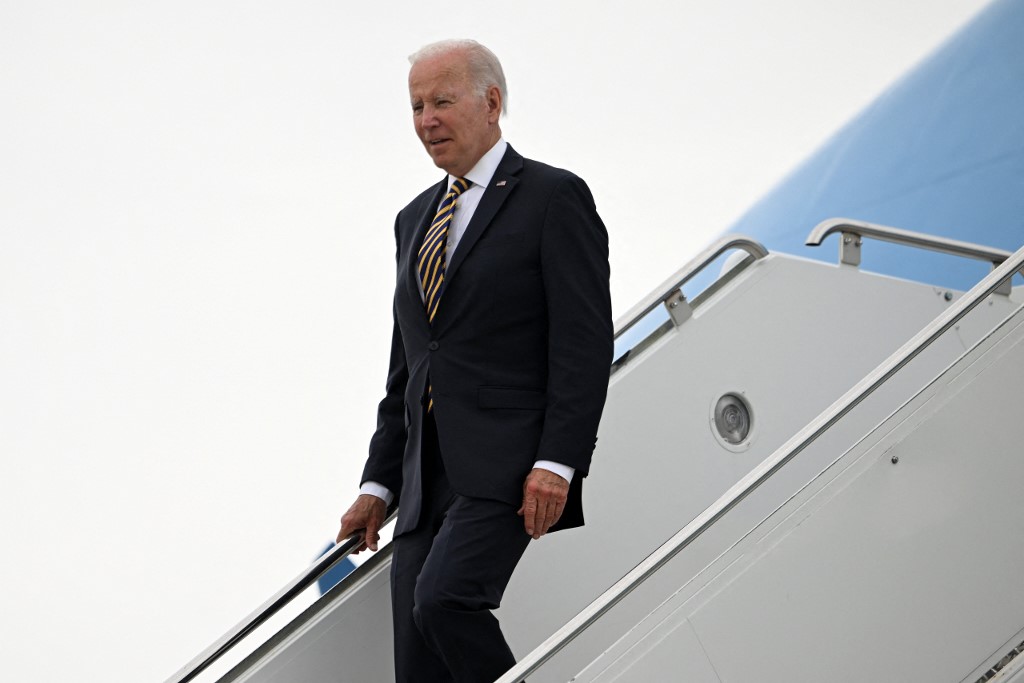 (FILE) US President Joe Biden disembarks from Air Force One upon arrival at Cleveland Hopkins International Airport in Cleveland, Ohio, July 6, 2022, as he travels to speak about the economy. (Photo by SAUL LOEB / AFP)

AFP – US President Joe Biden lands in the Middle East on Wednesday for a trip that will see Israeli leaders urge tougher action against Iran, before a delicate stop in Saudi Arabia.

The 79-year-old president’s visit to Jeddah on Friday will be the focus of the tour, after Biden branded Saudi Arabia a “pariah” over the 2018 murder of dissident Saudi journalist and US resident Jamal Khashoggi.

Air Force One — which has left the United States and is expected to land at 1230 GMT in Tel Aviv — will also make an unprecedented direct flight between the Jewish state and the conservative Gulf kingdom that does not recognise its existence.

Before that, Biden will meet Israeli leaders seeking to broaden cooperation against Iran, and Palestinian leaders frustrated by what they describe as Washington’s failure to curb Israeli aggression.

The persistent frustrations of Israeli-Palestinian diplomacy are nothing new for Biden, who first visited the region in 1973 after being elected to the Senate.

Iran and Israel were allies then, but the Jewish state now considers Tehran its top threat.

Israel’s caretaker Prime Minister Yair Lapid, who took office less than two weeks ago, has said talks “will focus first and foremost on the issue of Iran.”

Moments after Biden touches down, Israel’s military will show him its new Iron Beam system, an anti-drone laser it claims is crucial to countering Iran’s UAV fleet.

Israel insists it will do whatever is necessary to thwart Iran’s nuclear ambitions, and is staunchly opposed to a restoration of the 2015 deal that gave Tehran sanctions relief.

Israel says it is raising 1,000 flags across Jerusalem to welcome the US leader, who has not reversed former president Donald Trump’s controversial decision to recognise the city as the capital of the Jewish state.

Palestinians claim Israeli-annexed east Jerusalem as their capital and, ahead of the visit, have accused Biden of failing to make good on his pledge to restore the United States as an honest broker in the conflict.

“We only hear empty words and no results,” said Jibril Rajoub, a leader of the secular Fatah movement of Palestinian president Mahmud Abbas.

Biden will meet Abbas in the occupied West Bank city of Bethlehem on Friday, but there is no expectation of bold announcements towards a fresh peace process, meaning the visit may merely deepen Palestinian frustration.

Israel is also mired in political gridlock ahead of elections on November 1, the fifth vote in less than four years.

US-Palestinian ties have recently been strained by the May killing of prominent Al Jazeera reporter Shireen Abu Akleh while she was covering an Israeli army raid in the occupied West Bank.

The United Nations has concluded the Palestinian-American national was killed by Israeli fire, something Washington found was likely but said there was no evidence the killing was intentional.

Abu Akleh’s family has voiced “outrage” over the Biden administration’s “abject response” to her death, and the White House has not commented on their request to meet the president in Jerusalem.

Biden’s trip to Saudi Arabia is seen as part of efforts to stabilise oil markets rattled by the war in Ukraine, by re-engaging with a country that has been a key strategic ally of the United States for decades and a major supplier of the fuel.

But Israel hopes the visit will also signal the start of diplomatic ties between the country and Riyadh.

Israel expanded its regional reach with US backing in 2020, when it formalised ties with the United Arab Emirates, Bahrain and Morocco — breakthroughs that came after its peace accord with Jordan, in 1994, and Egypt in 1979.

While there is no expectation of Saudi Arabia recognising the Jewish state in the immediate future, a senior Israeli official said Tuesday that Biden’s visit marked an important step. 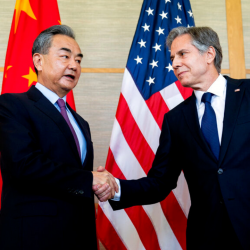 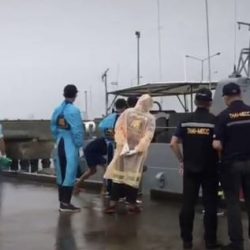