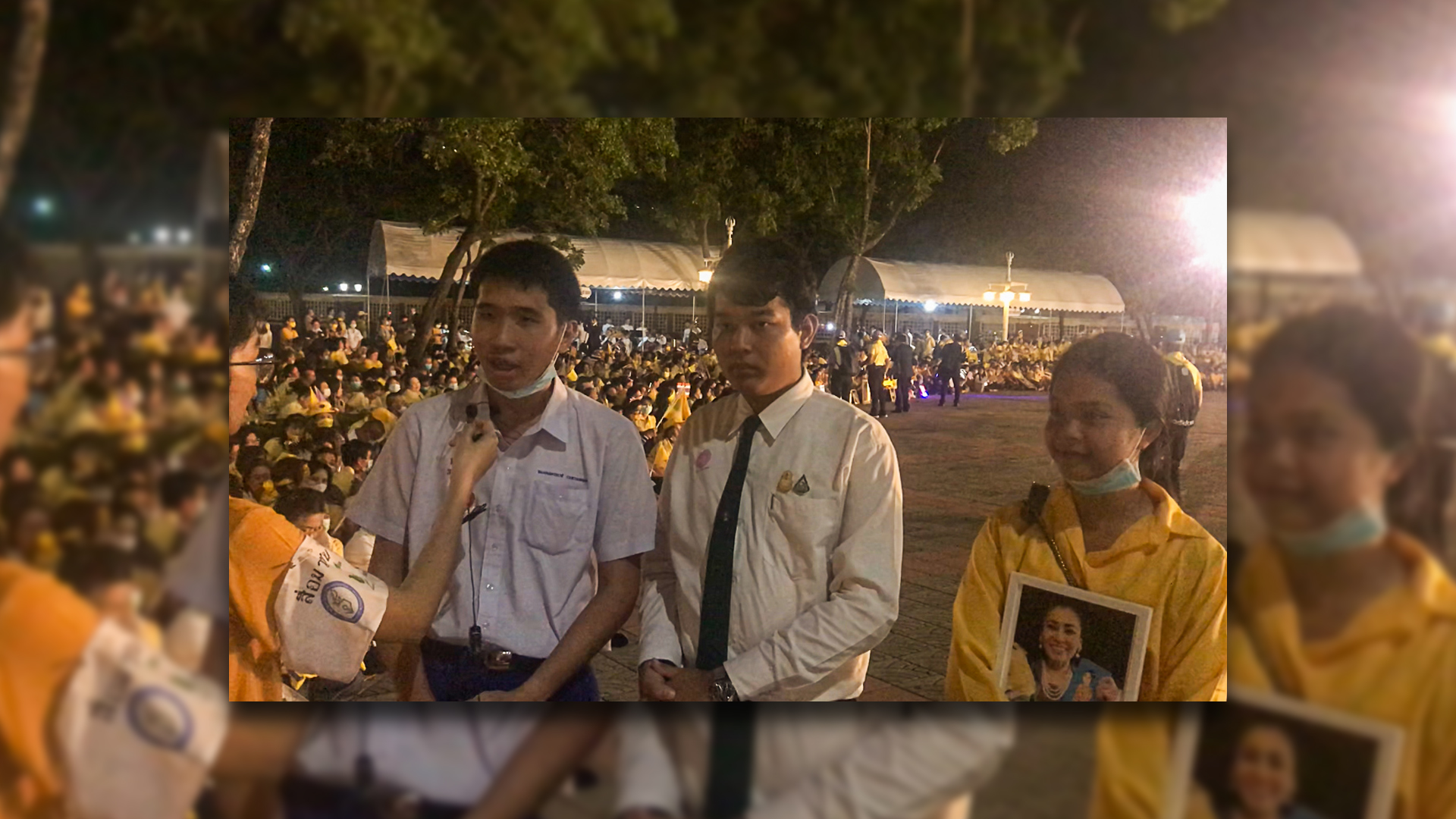 In recent weeks, the public appearances of Their Majesties King Maha Vajiralongkorn and Queen Suthida have been more than just a part of the royal functions.  They have become a rare opportunity for many Thais to display their loyalty to the institution which is being increasingly challenged by young anti-government activists.

Though the crowds of well-wishers at these events have been mostly older people, it’s not uncommon to see the presence of members of younger generation who were no less fervent in showing their veneration for the monarchy.

During a recent royal visit to Lumpini Park to pay homage of the statue of King Rama VI, Their Majesties were greeted by a huge crowd of royalists who included many young people.

Thai PBS World spoke to three of them about their feelings toward the royal institution.

“I can’t remember how many times I have come to greet the King and Queen. Too many to count”, said Anuwat Lawkham, 18, a first-year student at Valaya Alongkorn Rajabhat University under Royal Patronage. He said he was there that night to show his support for the monarch.

With several royal projects having been initiated during the reign of King Rama X, Anuwat believed that the monarch has lived up to what he said he would do upon ascending the throne last year.

“I shall continue, preserve and build the royal legacy and shall reign with righteousness for the benefit and happiness of the people forever.”  These were the words in the first royal command at his coronation.

In 2015, Anuwat created a Facebook fan page, “The King in our heart”, with the purpose of sharing royal pictures and speeches. His page now has nearly 18,000 followers.

“I don’t agree with the protesters’ demand to reduce the king’s constitutional powers. It’s inappropriate and won’t do any good,” he said when asked to comment on the demand by anti-government protesters for a reform of the monarchy.

He doesn’t hide the fact that he is a royalist, but he chooses not to say much on the subject to his friends. His family also knows about his admiration for the monarchy and it worries them. “When I go out, they’re afraid that I might be in danger,” he said.

Bannawit Jedsawang, a student at Joseph Upatham School, said he has learned about how Thai people have benefitted from numerous royal development projects since he was a little boy. He declared that he is proud to be born in Thailand, under the graciousness of the Chakri dynasty. The 17-year-old said he has a good feeling every time he comes to greet the King and Queen which he considers to be a blessing.

Like most teenagers, Bannawit uses social media to express his opinions on many issues, but not about the establishment.

“We have our own ability to judge what’s right or wrong. I believe everybody can do it. All of us also have the right to express our views. I do respect others’ thoughts and I have my own. I love the monarch. I never care about the government or any politicians, since they come and go, unlike the royal institution,” he said.

Despite his strong feelings about the monarchy, he prefers to lay low and doesn’t discuss the issue with his school friends. “I’ll talk with like-minded people only, or someone who understands me,” he said.

Bannawit plans to co-moderate the Facebook page “The King in our heart”, with Anuwat in the near future.

Though the so-called “10-point manifesto” by anti-government protesters might have struck a chord with many people who want to see a reform of the monarchy, it is strongly objected by 14-year-old Juthamas Napanung.

“I think these are nonsense”, she said. “We have had the monarchy for hundreds of years. It shouldn’t be abolished.”

Holding a portrait of Queen Suthida, the girl said she is her favorite. She created an Instagram account ‘lovequeen_suthida’, sharing beautiful pictures of the Queen with her followers.

As a student at Mahaprutharam Girls’ School under the Royal Patronage of Her Majesty the Queen, Juthamas has learned to avoid conflicts with student friends by not openly declaring herself a royalist.

However, she recently started posting the Queen’s pictures on the social media. The following day, some unfriended her. Additionally, she was verbally bullied by a few schoolmates.

“I simply ignored it,” she said, adding that after protests by the anti-establishment activists escalated, she could feel peer aggression in her school, prompting her to stay quiet on the issue.

When asked how she feels about the situation she is facing, she said: “I believe that I’ve done a good deed, been a good person. It makes me feel good, no matter what others say, I couldn’t care less. I love being a royalist and I love who I am.” 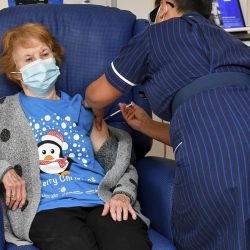 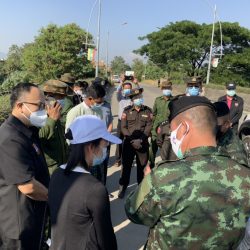