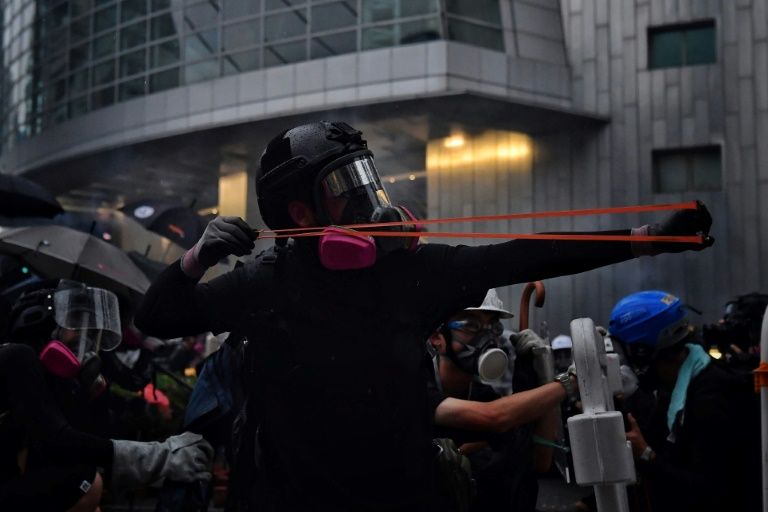 Beijing has not intervened so far over unrest in Hong Kong, despite ramping up the rhetoric against demonstrators (AFP Photo/Lillian SUWANRUMPHA)

BEIJING (AFP) – Beijing on Tuesday voiced “strong dissatisfaction” with a joint statement issued by the Group of Seven (G-7) leaders, who backed Hong Kong’s autonomy and called for calm after months of civil unrest.

“We express our strong dissatisfaction and resolute opposition to the statement made by the leaders of the G-7 Summit on Hong Kong affairs,” said Foreign Ministry spokesman GengShuang at a press briefing in Beijing.

G-7 leaders meeting in France on Monday backed Hong Kong’s autonomy as laid out in a 1984 agreement between Britain and China, and called for calm in the protest-hit city. 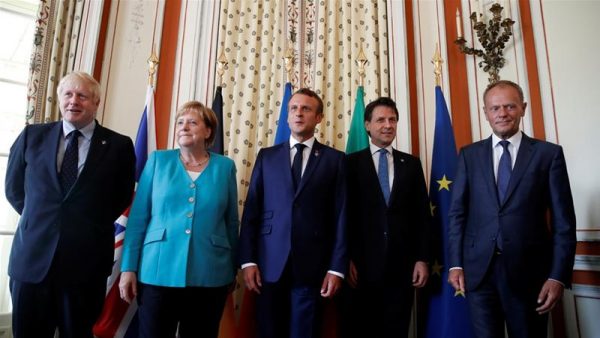 But Beijing has repeatedly accused foreign governments of interfering over Hong Kong, and Mr Geng said on Tuesday that the G-7 was “meddling” and “harbouring evil intentions”.

“We have repeatedly stressed that Hong Kong’s affairs are purely China’s internal affairs and that no foreign government, organisation or individual has the right to intervene,” he said.

Hong Kong has been hit by more than two months of protests over an attempt by its Beijing-backed government to pass an extradition Bill which opponents saw as a huge dent in Hong Kong’s autonomy.

It has since morphed into a wider call for greater democratic freedoms.

In the G-7 statement, the leaders of Britain, Canada, France, Germany, Italy, Japan and the United States called for calm in the tense city 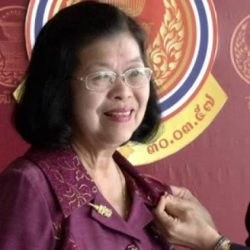 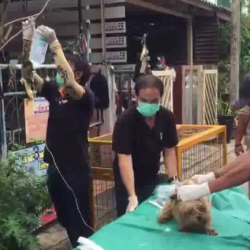