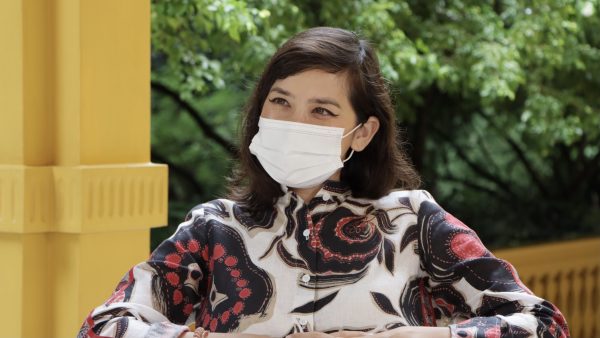 Thanphuying Sirikitiya Jensen, describes her work as a “curatorial in nature”, where she focuses on the interpretation of historical spaces and topics, creating interactive exhibitions to help people connect with the traces of history and culture.

Her most successful exhibitions were “Wang Na Naruemit” in 2019 and “Hundred Years Between” in 2020.

Having previously worked in the fashion industry, but with an academic background in East Asian studies at New York University, Thanphuying Sirikitiya has always wanted to pursue a career in history and culture.

“But in the United States, it’s a job that is quite difficult to get into,” she said.

The feeling that something was “missing” from her life also brought Thanphuying Sirikitiya back to Thailand, to follow her desire to reconnect with her roots, after living in the United States for 30 years.

“I think the difficulty in the beginning was that I felt sad, [because] how could I feel disconnected from something that was half of me,” she expressed.

“A lot of times, I got my information from conversation and storytelling. This was something that had a big impact on me.”

The starting point of her journey was when her team at the Fine Arts Department took her to the National Museum, and they explained to her that it used to be the Front Palace.

On the other hand, if she asked other people who don’t work in arts and culture, they would tell her that it was a museum, but no one could explain the story behind it, nor its significance to Thai history. Moreover, there was little information about the venue itself.

“Most people had no idea that it was a big palace,” she said. “This is something that I thought about carefully. How could people not know about the influence of this space or feel connected to it? So I began to see that this was the biggest gap.”

Apart from the lack of emotional connection to history among many Thais, the biggest challenge to her curatorial mission is changing the people’s mindset.

As Thanphuying Sirikitiya explains, most people believe that history and the contemporary world are separate, rather than being socially integrated. On top of this, Thai history is often viewed as being too “high” or too distant, as most of the context relates to royalty.

“The difficulty is helping people understand that this is something they could get involved with. This is why I think it’s really important, when you work in culture, that you need to create these platforms, or rethink how we curate exhibitions or distribute information, so people can feel that they are part of [the history].”

During the past six years of her curatorial work with the Fine Arts Department, Thanphuying Sirikitiya has experimented many creative techniques, to help people connect with Thai history.

One example was during her “Hundred Years Between” exhibition, which tells the story of King Rama V’s trip to Norway in 1907. Instead of posting only his letters around the hall, Thanphuying Sirikitiya featured her own handwritten letters, as if she was writing to the late king as a family member who lived 100 years ago.

The most difficult part for Thanphuying Sirikitiya, however, is how to preserve the historical context in a way in which people could “re-feel” what it is like to live in a certain period of time.

“It’s by rekindling that feeling and that’s the hardest part,” she explained.

Another example came during the “Wang Na Naruemit” exhibition, where she invited an orchestral group, Suan Plu, to sing the history of the empty throne hall.

“So, what they did was to create a song that played off the echoes in the room, and it created shimmers. It was like music coming from the actual room, like it was singing.”

The moment became the highlight of the 2019 exhibition, which Thanphuying Sirikitiya described as one of the most powerful moments. She also revealed that some visitors cried after watching the performance, which she believes is the key mission in her work; creating a feeling that cannot be gained through reading history books.

“That was really the starting point of where I am now, which is how we can explore these different media to connect people to spaces, history, and time.”

How to “kreng jai”

Born and raised in California and having lived in New York City, Thanphuying Sirikitiya calls herself an American, rather than Thai.

One of the biggest difficulties for her when she returned to Thailand, was re-familiarising herself with the Thai language, as she hadn’t spoken Thai for many years and couldn’t read Thai very well. Therefore, she spent most of her time listening to stories for a year, until she felt she understood enough.

Adjusting to Thai culture was another challenge, especially with the concept of kreng jai, which she thinks was the most difficult concept to understand. Not only because there’s no translation of it in English, but also because of her “direct” and “straightforward” personality.

“It’s just this idea that you have sympathy or empathy for someone’s feelings,” she explains her understanding of the concept. “So you know that, if it’s not the right time to say something, then you don’t.”

“And I learned a lot, that sometimes you need to meet people where they are, especially when it’s a different culture. Sometimes what’s right for you, is not right for certain people.”

As the youngest daughter of Her Royal Highness Princess Ubol Ratana Rajakanya, she admits that she wasn’t used to people knowing everything she did, as she describes herself as a very shy, sensitive and private person.

Thanphuying Sirikitiya also revealed that people felt pressure when approaching her in the beginning, due to her “partially royal” status, as many people didn’t know whether they had to use the royal language.

“This is something a lot of people say they’re afraid to do and they don’t know how.  So I said don’t worry, I’m not good at that either. We could just talk, just think of me as someone who is working on this project.”

On the other hand, because of who she is, many of the senior officials were willing to listen to her ideas and look at things from a new perspective. This is where the 36-year-old curator took the opportunity to convince them to try new things.

“Because of my age, in Thailand, it’s quite difficult to push boundaries or to get your voice out there, but I think a lot of people, especially the adults, listen to me just by virtue of the luxury of who I am.”

Be unapologetic, but still kind

When asked what advice she would offer to women, Thanphuying Sirikitiya’s best advice is not to be afraid to do things, have faith in your convictions, but be thoughtful about it.

“You can’t live your life being afraid of every movement you make,” she advised.

“You’re the only one that knows what’s right for you. As a woman, especially when you’re in a public position, there will be people who don’t like what you do and those who like it, but you have to be strong.”

But the most important lesson, which took her many years to learn, is to be kind and empathetic.

“Because I am unapologetic, and this is something that is so important in Thailand, it’s one of those things that I learned, that I started to be much more successful once I was patient and once I meet people where they are.” 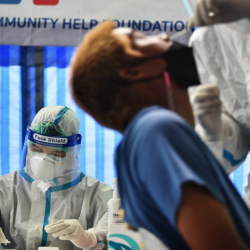 Cooperation is the driving force in surviving the pandemic 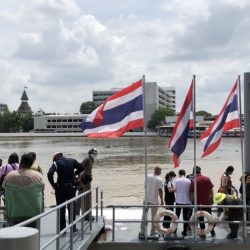