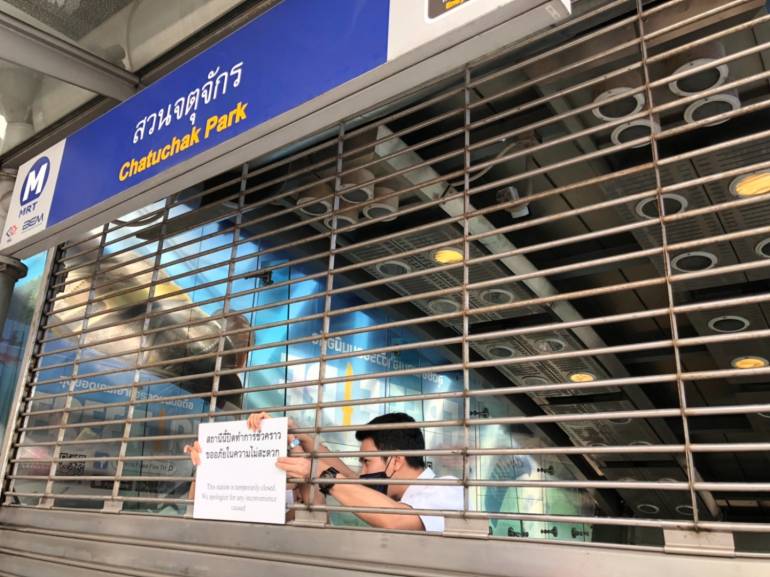 Services at several stations of the BTS Skytrain, MRT underground train and the Airport Rail Link, three of Bangkok’s major public transport systems, have been suspended in anticipation of another rally for anti-government protesters this evening.

The service of the whole of MRT’s Blue Line has been closed since noon.

As for the Airport Rail Link service, the Phyathaistation will be closed.

The Sukhumvit Road will also be closed to incoming traffic starting at Sukhumvit Soi 24 while the outbound traffic will be limited to Soi Nana.

Certain roads around the Victory Monument and Phyathai areas will also be closed.  More information is available at www.trafficpolice.go.th or Tel 1997