Bangkok Governor-elect Chadchart Sittipunt has admitted that the most difficult problem to address in Bangkok is corruption, but claimed that he is more confident that he is on the right track to solve the city’s myriad problems with his 200 plus policies.

After five consecutive days of on-site visits, to meet various people and city officials after the May 22nd election, he told Thai PBS, in an exclusive interview, that he feels that more people have read his policies and have started talking about them.

He said that, if they have read his policies carefully, they will understand that they are not fantasies, but policies which can actually be implemented, with some of them being quite down to earth, such as the lunch program for students, free education or opening schools during weekends, for students to do extra-curricula activities.

He noted that his only expensive policy is the introduction of technology to manage traffic, which it is estimated will cost about three billion baht.

About corruption, Chadchart said it is deep rooted and systemic and that he may have to solicit help from the Anti-Corruption Organization of Thailand, a non-profit think tank, adding that the key is to bring in an outsider to oversee the Bangkok Metropolitan Administration’s (BMA) work. There must be an ‘Integrity Pact” included in any large procurement process.

Citing the case of Krungthep Thanakom Company, a state enterprise under the BMA, the governor-elect said that the entity has a large annual investment budget and is, therefore, in need of checks and balances to ensure transparency in its procurement processes.

During the first two weeks in office, once the Election Commission has approved the election results, he said that he will focus on approaching several agencies, such as the Highways Department, the Mass Rapid Transit Authority, the Expressway and Rapid Transit Authority of Thailand and the National Broadcasting and Telecommunications Commission, to form alliances for smooth working cooperation and the fight against corruption.

He said that he prefers field inspections or visits to meet with officials and people in each district, so he can get first-hand information and see the situation with his own eyes, rather than through online meetings.

He also said that, apart from district chiefs, with whom he has to work closely, he would like face-to-face meetings with their subordinates, so he can learn from their perspectives.

He recommended that district chiefs study his policies, because some may concern them or their districts, so they can point out whether any cannot be implemented or will face restrictions.

He said he wants two-way communication with officials and does not want them to feel that they are being forced to implement his policies, so that both sides can come to an understanding and work together.

Regarding the city’s council, Chadchart said that, since the governor and the councillors are elected by the people of Bangkok, there should be mutual respect so they can work together for the people.

After his field visits and meetings with both officials and the citizenry, he said he feels that several problems in Bangkok can be tackled without difficulty or conflict among the stakeholders if there is good communication.

For Bangkok to be a liveable city for all, he said that city administrators, bureaucrats and the people must work together. 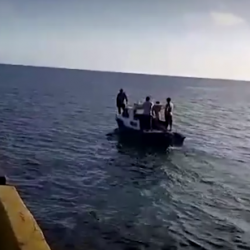