Adding more green areas or public parks to Bangkok is one of the policies being promoted by several candidates in the Bangkok gubernatorial race.

Former Bangkok Governor Aswin Kwanmuang, who is seeking second term after more than five years in the office as a non-elected governor, has vowed to continue with his unfinished policies, one of which is more green space in the capital.

He recently claimed that, during his five-year tenure, the green areas in Bangkok increased to 7.4 square metres per member of the city’s population and about 1.5 million trees have been planted, in public parks and along the routes of electric train projects, with cooperation from the people and the public sector.

He said that his aim is to reach the 10 square metres/person standard, set by the World Health Organisation, to realize the Green Bangkok 2030 project in the next five years.

Since 2014, Aswin said about 220 million baht has been spent to implement five small public park projects in the city, but major stumbling block is finding the empty land to turn into a green area or a park.

Dr. Suchatvee Suwansawat, a candidate running on the Democrat Party ticket, said that tax incentives could be offered to private landlords, who own vacant plots of land in Bangkok, which could be transformed into a park, big or small.

Former Transport Minister Chadchart Sittipunt, who is running as an independent candidate, has offered his “15-minute park” policy which, he explained, means that a park should be accessible within just a 15 minute walk from anywhere in Bangkok.

Like the 15-minute Paris model, where every facility is located only a 15 minute walk away, he said that his proposal for Bangkok only includes parks, where parents can take their kids without having to drive.

In addition to tax incentives, Sita said he will offer digital coins, which he calls “Bangkok Coin”. 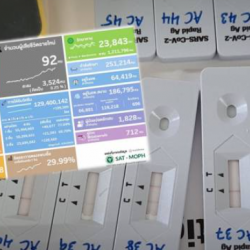 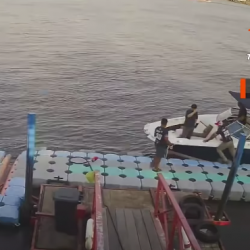