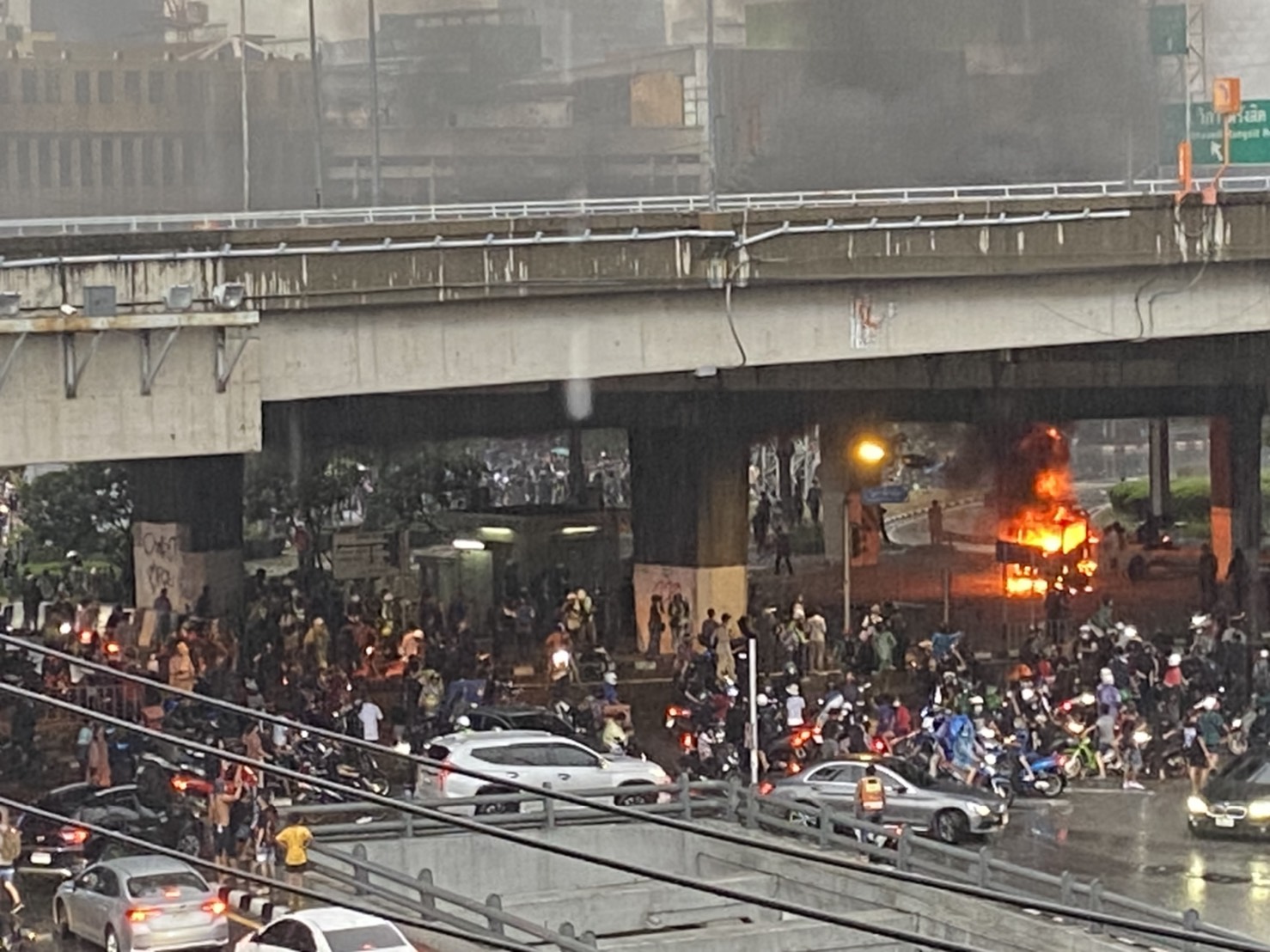 For the second day in a row leaderless hardcore protesters fought battles with crowd control police on the streets of Bangkok today (Wednesday), from the Victory Monument to Din Daeng intersection. The protesters used slingshots, bricks, and giant firecrackers against the authorities.

Today’s protest, organized by the “Talu Fah” group, which is closely linked to Ratsadon and other protest groups, was initially peaceful, when protesters, many of them youths, first gathered at the Victory Monument.

At about 3.45pm, the protesters blocked the traffic around the Victory Monument and some burned effigies of authority figures.

Crowd control police then moved in to disperse the protesters and to make arrests, after warning them that they were breaking the law. Outnumbered, many protesters moved to Din Daeng intersection to regroup, while others remained at the Victory Monument. 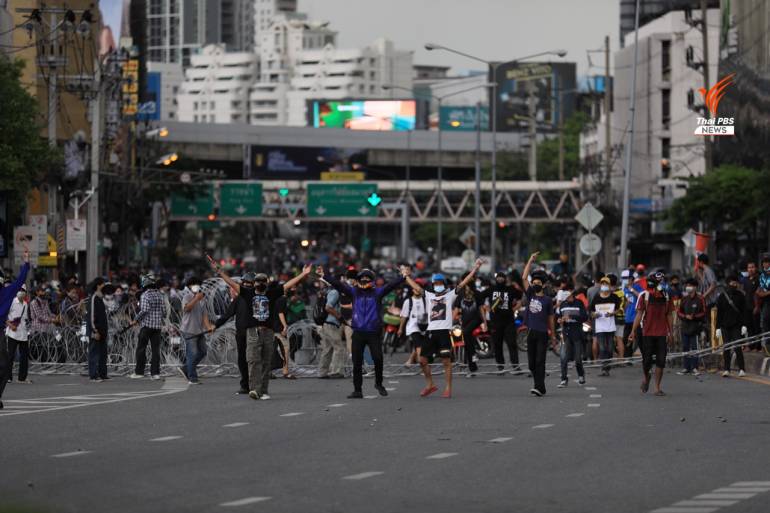 Explosions from giant firecrackers were heard periodically as the protesters fought the police, who later managed to regain control of the Victory Monument area.

Shortly afterward, core members of “Talu Fah” announced an end to the protest and urged the protesters to disperse, but hard core elements refused to listen and headed for the Din Daeng intersection, where they were joined by more protesters.

The protesters fought running battles with the police as they tried to move to the residence of Prime Minister Prayut Chan-o-cha, at the First Infantry Regiment barracks on Vibhavadi Rangsit Road, only to be blocked by the police and a wall of shipping containers.

Police fired teargas and rubber bullets at the defiant protesters, who responded with giant firecrackers, sling shots, bricks, and laser, the latter a tactic used by Hong Kong protesters to confuse police. 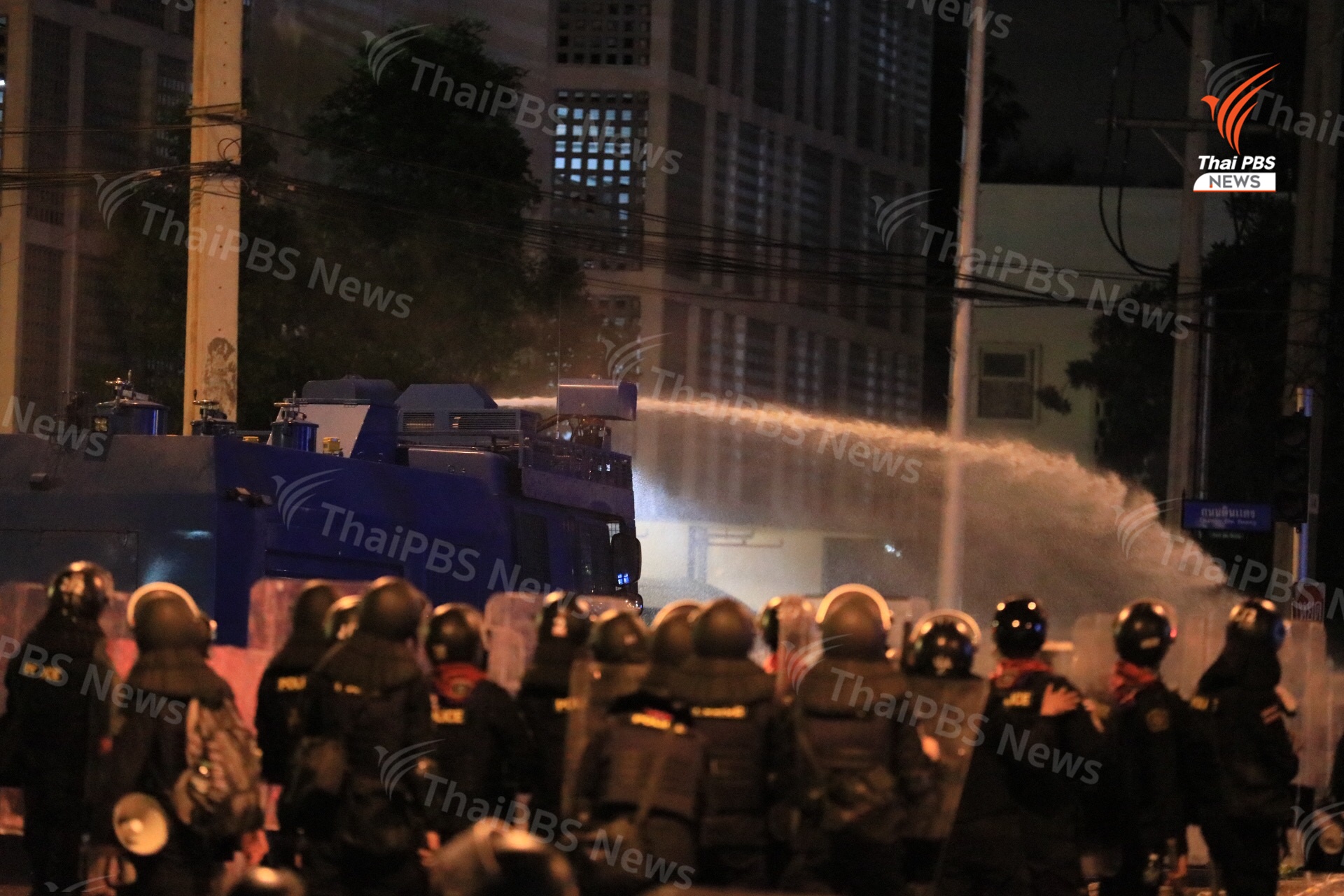 One protester sustained serious injuries when a giant firecracker exploded in his hand as he tried to hurl at the police, resulting in a severe injury on one of his hands. Eight police officers were wounded and sent to hospital, according to the Erawan Medical Centre Bangkok.

In its Facebook post, the “Talu Fah” group offered an apology to the public for the violence caused by some younger protesters in the group, while blaming the police for starting it by firing teargas and rubber bullets at the protesters gathering at the Victory Monument.

According to the Thai Lawyers for Human Rights (TLHR), at least 13 people have been arrested for today’s protest so far, one of whom a minor.

The group vowed, however, to return again for more protests. 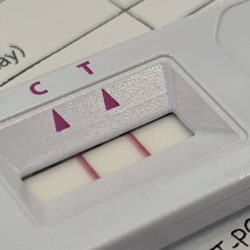 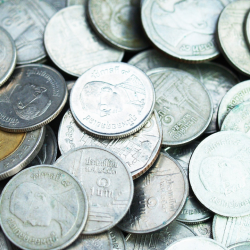