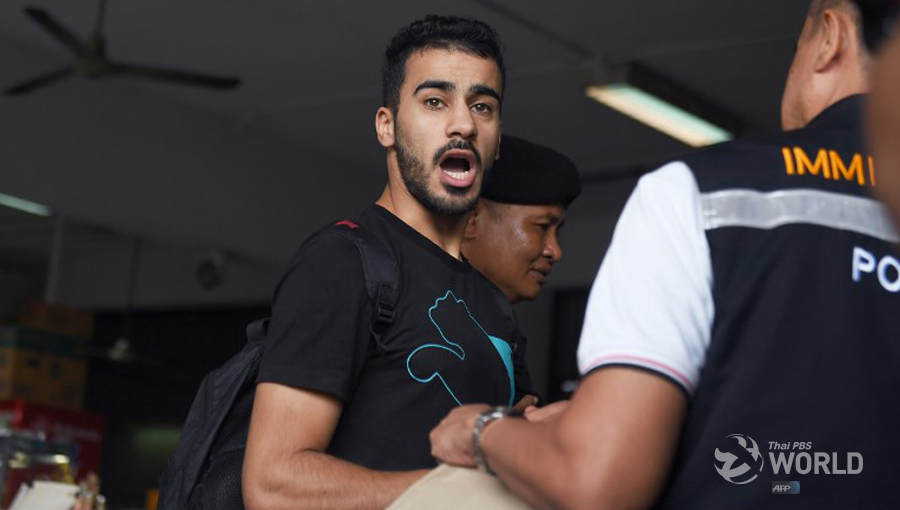 The Criminal Court today ordered a former Bahraini national footballer detained for 60 days pending an extradition process after the Bahraini government had requested his extradition to face charges of arson, illegal public gathering to incite public unrest and illegal possession of inflammatory materials.

The public prosecutor of the foreign affairs office of the Office of the Attorney-General earlier sought the court’s order to detain Hakeem Ali Mohammad Ali al-Oraibi, a former national footballer of Bahrain, after the court issued a warrant for his arrest at the request of the prosecutor on December 7.

Mrs Ratthasiri Bergman, a legal expert from the Human Rights Jurists Association, who is representing the footballer, later told the media that she had objected to the detention of her client on the ground that the initial detention was illegal and unjustified.

But the court rejected her objection, claiming that the arrest and eventual detention of the footballer was in accordance with the extradition procedure, she said, adding, however, that she would try to bail him out today.

Chatchom Akkapin, director-general of the foreign affairs office of the Office of the Attorney-General, said the public prosecutor was merely following the extradition procedure after the footballer’s arrest by immigration officials.

The 60-day detention period is the time to allow the prosecutor to proceed with extradition process and to receive relevant documents from Bahrain authorities, he added.

Chatchom, however, said that the extradition process might be dropped if the footballer agreed to return to Bahrain to fight the case.

Hakeem, meanwhile, told the media from his detention cell at the Criminal Court that he did nothing wrong as charged by Bahraini officials and said he would like to return to his family in Australia where he claimed he was granted refugee’s status.

After leaving Bahrain, Hakeem played with the Pascue Vale club in Melbourne, Australia.