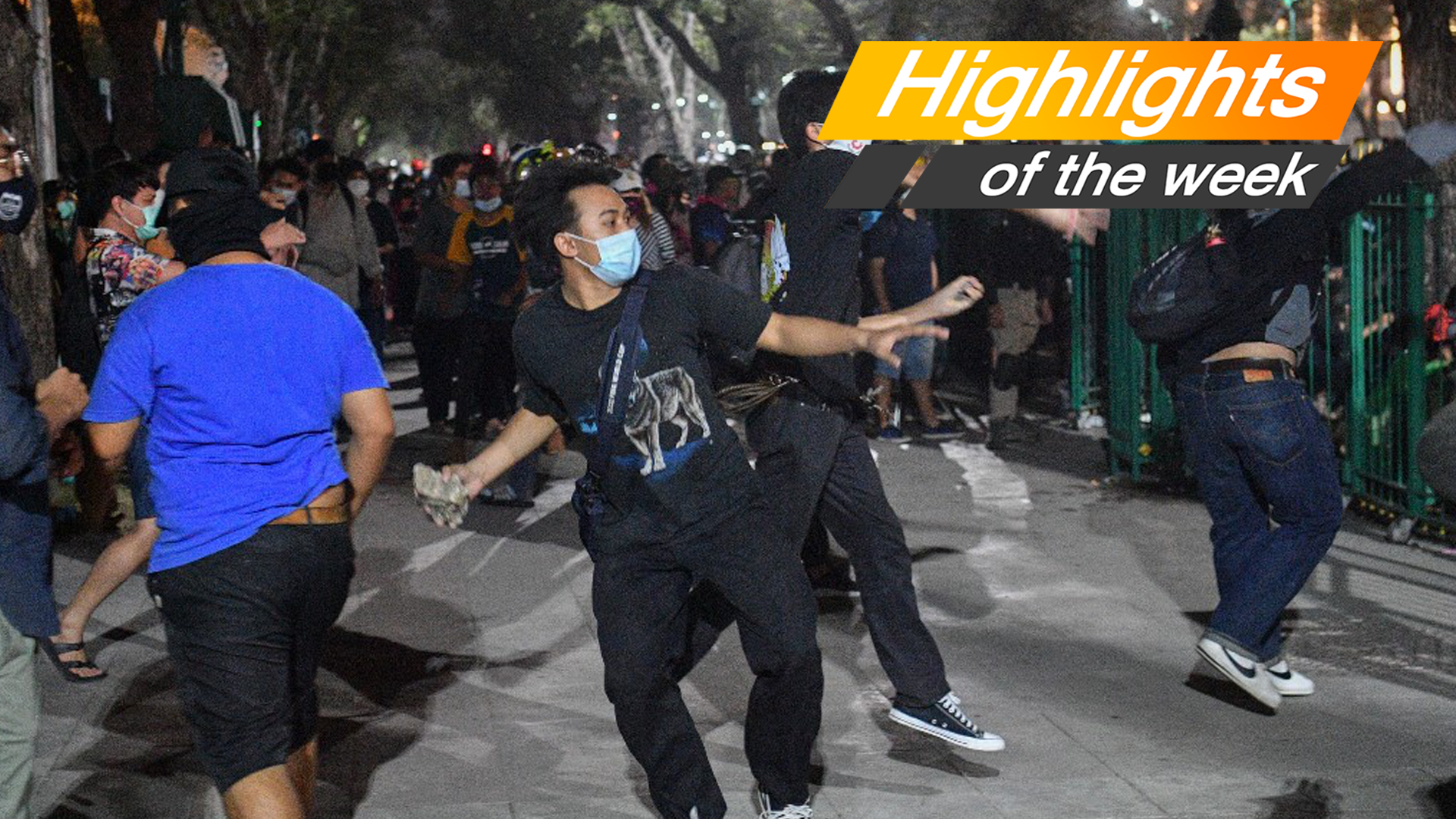 Most of the times, advices from perceived enemies can be discarded, but not those that come from friends or allies. Over the past few days, much caution has been pouring in for the anti-establishment movement, and both friendly and hostile ones carry the same message: Don’t shed the “peaceful” image.

Warnings, sincere or not, are coming left and right. An anti-establishment writer, a former rebellious student leader and a well-known Red Shirt “guard” involved in the on-going protests are among the worried allies. A NIDA poll has shown significant public concern over signs of increased violence, and it was even conducted before latest incidents that featured loud bangs, brick throwing, smoke-filled streets and scattering crowds. The government, which was on the back foot late last year, is smelling blood, but all it needs to do is sit and watch.

What happened on the streets just before the Valentines’ Day took place when the parliamentary opposition was preparing to take the government to task in a much-anticipated censure session. Untoward incidents around the Democracy Monument stole some news space, and even if the no-confidence attack would reclaim it over the next few days, an unfavorable image has been imprinted in many people’s minds, and erasing it will take some doing. Simply put, if the opposition lands a heavy blow in Parliament, the Cabinet will seek cushion from outside.

The short-term strategic disadvantages aside, political ramifications can be long-term. The push against Article 112 is treacherous enough without the aggression that can bring serious harm. A “third party” has been blamed, but even the senior Red Shirt guard, Sombat Thongyoi, who has been supporting the campaign, has admitted that “our own people” were responsible for the harmful projectiles and mini explosions. He added that intellectual argument is deserting rally stages, or at least being overshadowed by mini bangs or flare shooting.

The writer and former student leader, meanwhile, are urging young protesters to “go back to the earlier days”, when they were considered a breath of fresh air for political activism. Those were the days when they expected to overwhelm the powers-that-be with pure numbers, not the use of weapons, big or small.

There are more damning statements from within the same ideological side. One has come from Somsak Jeamteerasakul, an exiled activist who must have been held in the highest esteems ideologically by the movement. In an online post on February 14, he said: “Now, no matter how I see it, I have to say we are not ready. A massive number of people still don’t agree with us. This is in addition to the fact that our (instrumental) friends have been arrested and bail requests have been turned down. (What we can do is) we must hold firm what we believe. Clashes at this point won’t improve (our) situation.”

A more combative and defiant remark was made by another senior “ally”, a big iconic figure for the campaign. But even Charnvit Kasetsiri, writer and former rector of the Thammasat University, is not talking about a victory to cherish. Instead, he issued a rather grim message, saying something to the effect of “If they don’t compromise and we go down, nobody wins”.

Setbacks, in addition to the unorganized nature of the “guards” which led to an increase in violent activities, include cases against one main idol, Thanathorn Juangroongruangkit, who is fighting charges of tax evasion, forest encroachment and turning a blind eye to a bribery claim against his younger brother. Another overseas idol, exiled Pavin Chachavalpongpun, drew the ire of many in the movement after posting a hidden-camera picture of a private affair of an anti-government female activist and accusing her of “staging” the filming and the leaking for self-promotion.

To sum it up, cracks are all over the place, key idols are facing serious scrutiny, the number of protesters is far from its peak last year, and fears are growing about “uncontrollability” of some guards or rogue members. Sopon Onkgala, a commentator for Manager Online, said the movement’s key demands were way off the mark and did not reflect true hardships of the Thai people.

“Look at what they did to the pot plants around the Democracy Monument,” Sopon said during his news program. “The flowers know nothing about what’s going on.” He is not the government’s best friend, and would love to see substance rather than symbol from the protesters.

The pot flowers were thrown around because they were considered to be obstructing symbols of the movement’s ideological fight, and because the authorities had put them there. Harsher comments than Sopon’s included a newspaper headline saying “War declared on plants”.

The movement’s next gathering is scheduled for February 20, apparently to coincide with the end of the censure debate, purportedly after the government has been softened up by the opposition. Protesters will come together again as the “face” of the movement is changing, figuratively and literally. More and more old people are being seen raising their three fingers and drumming kitchen utensils, and the youthful and peaceful image is now under real threat. How advices, from friends and enemies alike, will be treated remain to be seen but the crossroads is right here now. 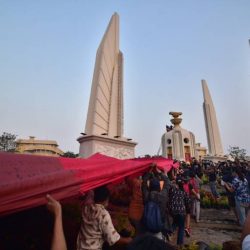 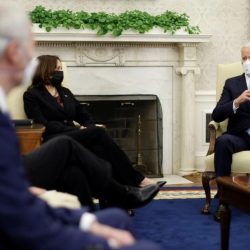