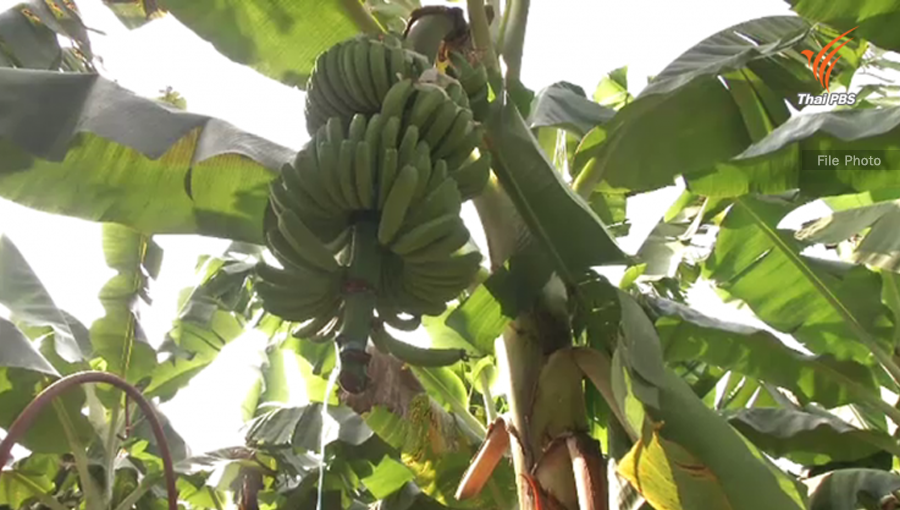 A new-born baby miraculously escaped almost unscathed after she was apparently dropped from the fifth floor of an apartment building onto a banana orchard in Tambon Teparak, Muang district of Samut Prakarn province on Monday.

Police said they suspected that the baby was hurled from the apartment building by her single mother.  They said they were trying to look for her.

The baby did not suffer any injuries from the fall thanks to the thick banana branches which helped absorb the impact from the fall.  Several leaves were found broken.  However, she suffered many ant bites.

A maid of the apartment building told Samrong Nua police that she heard baby cries from the banana orchard in the morning, but didn’t bother to check out.  Until at about 10 am, she said she heard the cries again and, this time, she alerted a neighbor to investigate and they found a baby lying on thick grass under banana plants.

They took the baby out and then alerted the police who later arrived and joined by a team of nurses and medics from a hospital.

The baby was later taken to a hospital for medical care as police were trying to locate her mother for questioning. 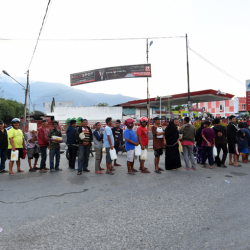 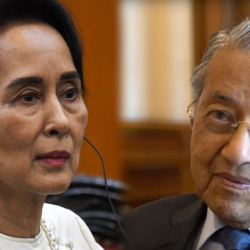