The Luangpoo Saeng controversy contains two dangerous substances that shall never be mixed. The first one is monks not doing their jobs properly while the second is reporters gravely mistaking their roles.

Various factors are combined to blur what should have been a clear-cut boundary between the two issues. Protectors of Buddhist monks tend to overlook improper circumstances that had been taking place at the Yasothon sanctuary before the unruly, vociferous, and intimidating visitors literally besieged it. Supporters of aggressive reporters, meanwhile, have appeared to play down the controversial behaviors of the people they back.

Both cases need to be separately pursued _ entirely and unequivocally. Mixing them up will only let the two scourges off the hook and become stronger. A big bomb could then emerge and explode in everyone’s face.

We can forget Mor Pla for a minute. Whether he is a sincere yet clueless hunter of misbehaving monks, or a hypocrite who committed his own deceitful acts in the past, or a fame-seeking hunter taking advantage of human flaws in religious affairs, or a man on a bad mission to discredit Thai Buddhism, he is an exception, not the rule. What is more worrisome is the common and widespread existence of monks and reporters lured by wrong ideas that deceptively appear inviting or unavoidable.

To many Buddhist monks performing “miraculous” deeds, a widely-used pretext is that the actions give people hope. In other words, they are doing the wrong things for the right reasons. It’s also “the only way” to bring people who otherwise would never set foot in a temple closer to religion. Additionally, if a community or neighborhood overwhelmingly clamors for practices like lottery prediction or touch-and-cure treatment, monks should be there or bad people would beat them to it.

This kind of argument goes against monks’ main duty of educating other people about simplicity and detachment from materialism. The monks are not supposed to go along with mistaken beliefs, no matter how prevalent or deep-rooted those beliefs are. This is a big ask, requiring the greatest patience, dedication, and perseverance. Nobody says this is an easy duty, as anyone can become a monk otherwise.

The same goes for reporters, who live under a distinctive set of rules that requires them to observe, not judge; analyze based on all-round information, not prejudices; and comment after a thorough scrutiny of that comprehensive information, not with an I-have-to-be-the-first or knee-jerk instinct.

What happened before and during the besiege of the Yasothon Buddhist sanctuary looked very much a case of reporters ignoring those rules. It would be even worse if they were engaged in entrapment activities as alleged. Reporters and bad news are meant for each other, but reporters shall never want bad things to happen like entrapment practitioners do. Also, entrapment is controversial enough without the involvement of people who are supposed to be strictly neutral.

Therefore, anyone condemning the monks cannot condone what the reporters did in the Luangpoo Saeng controversy. Both groups live under special rules governing what they can do, cannot do and should not do. Monks wanting big houses had better leave the monkhood first while reporters feeling the urge to jeer at “bad” guys are better off becoming full-time activists.

Criticizing the monks means acknowledging that they have to observe special rules. This means there is no way for those lambasting the monks to avoid reproaching the reporters. And vice versa.

There is no excuse for consciously crossing the line. The best argument for that has come from a news talks host who is rocked by the Luangpoo Saeng controversy himself. Kanchai Kamnerdploy, while making an apology to Luangpoo Saeng Yanwalo, who is old and reportedly suffering from Alzheimer’s, said bad deeds can never be justified, or blurred morality would plague society. While saying sorry to Luangpoo Saeng, he stopped short of defending the younger monks aiding him, who have seen all kinds of activities at the sanctuary.

“Good things are good things and they shall never be mixed with bad ones,” he said. “Otherwise a lot of wickedness will happen in the name of goodness.” 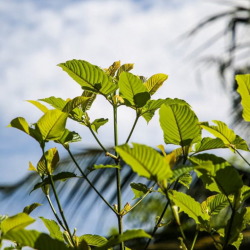